The newspaper stand at Koula Myrahi’s kiosk in downtown Nicosia is usually brimming with titles at midday. In the age of the internet, hard-copy sales of the lavish number of dailies the island produces have dwindled considerably. Friday, however, was an exception. As Cypriots woke up to the news that the latest effort to reunify their island had stalled – but not died – it was news that they wanted. “By midday, almost every paper had gone,” says Myrahi. “That’s a rarity these days but people want the real thing to go home and study.” All week, negotiations in Geneva have been watched with nervous anticipation in Cyprus. On both sides of the UN-patrolled buffer zone that divides their capital, Greek and Turkish Cypriots know that this is the last chance for peace. If the talks had collapsed, any hope of a breakthrough would have collapsed with them. 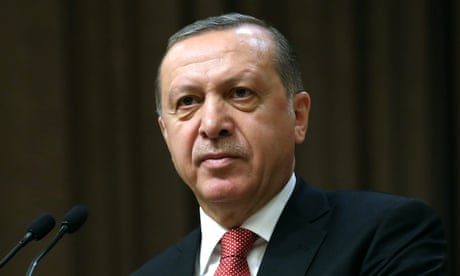 But as word filtered through that a historic Cyprus conference attended by both communities and all three of the island’s postcolonial guarantor powers, had ended without conclusion, the mood, though cautious, was far from depressed. Instead, supporters of reconciliation insisted there was still time for a settlement to be reached.

“We have now progressed to a point where we can have hope,” beams Nikos Dimitriou whose barber shop, La Finesse, draws a diverse crowd of young and old. “I’m very, very optimistic.”

Like most small business owners on the Greek side of the war-divided city, he has been glued to the developments unfolding on the screen of his television set in the corner of his store. By mid-afternoon on Friday as Turkey’s leader, Recep Tayyip Erdoğan, announced that Turkish troops would “forever” be on the island, the news was not everything he wanted to hear.

“It’s going to be difficult,” he says. “The issue of security, the role the guarantor powers will play, is perhaps the most difficult issue of all but we are going to come back together again. We are going to unite.”

For Greek Cypriots, led by President Nicos Anastasiades, the prospect of Turkish occupation forces remaining in the breakaway north – 43 years after an abortive rightwing attempt to unite with Greece prompted Turkey to invade – could never be accepted.

But Turkish Cypriots, led by the equally moderate Mustafa Akıncı, could not countenance the spectre of a state in which they have little, or no, access to the levers of power.

“You can sit at the table but ultimately everything depends on what you have when you get up,” says Constantinos Polyzos, a student out drinking coffee with his friend Anna. “A solution will have to be accepted by [twin] referenda and that’s when it will get hard, very hard.” 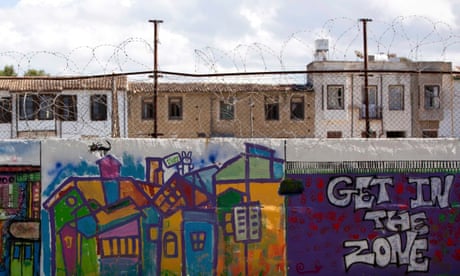 Building the long-hoped-for two-state federation will not only require compromise but also Greece and Turkey on board. “This should be about our two communities but unfortunately that is not the case,” says Andreas Neophytou, 26, expressing a widespread view on both sides. “We also have to dance to the tune of what Athens and Ankara say. In my view, that is very wrong.”

For Turkish Cypriots, who were left out in the cold when the island’s internationally recognised Greek-run south overwhelmingly rejected a UN-brokered reunification plan in 2004, the latest push comes at an especially sensitive time.

Impoverished and isolated, the self-proclaimed statelet is dependent almost exclusively on Turkey for funds. “If there is no solution we will end up being absorbed by Turkey and losing our Cypriot identity,” says Orhan, a teacher, preferring not to be fully identified.

With talks set to resume on a technical level next week before reconvening in the form of a second international Cyprus conference in the coming months, it is vital, he adds, that progress is made.

“Day by day we are losing control of our country, day by day the [mainland] Turks are taking over. We can’t shout about it too loudly but that is the truth. In a united Cyprus, we would belong to the family of European nations. We would live in a different world.”