On the wine tour, the guests visited two monasteries and two wineries and had lunch. The guests gathered in Sremski Karlovci. First on the itinerary was a visit to the Bajilo wine cellar where they saw the archival wines produced by the Bajilo family, who has been making wine for generations. The guests had the opportunity to taste indigenous wines such as Sila and Bermet. 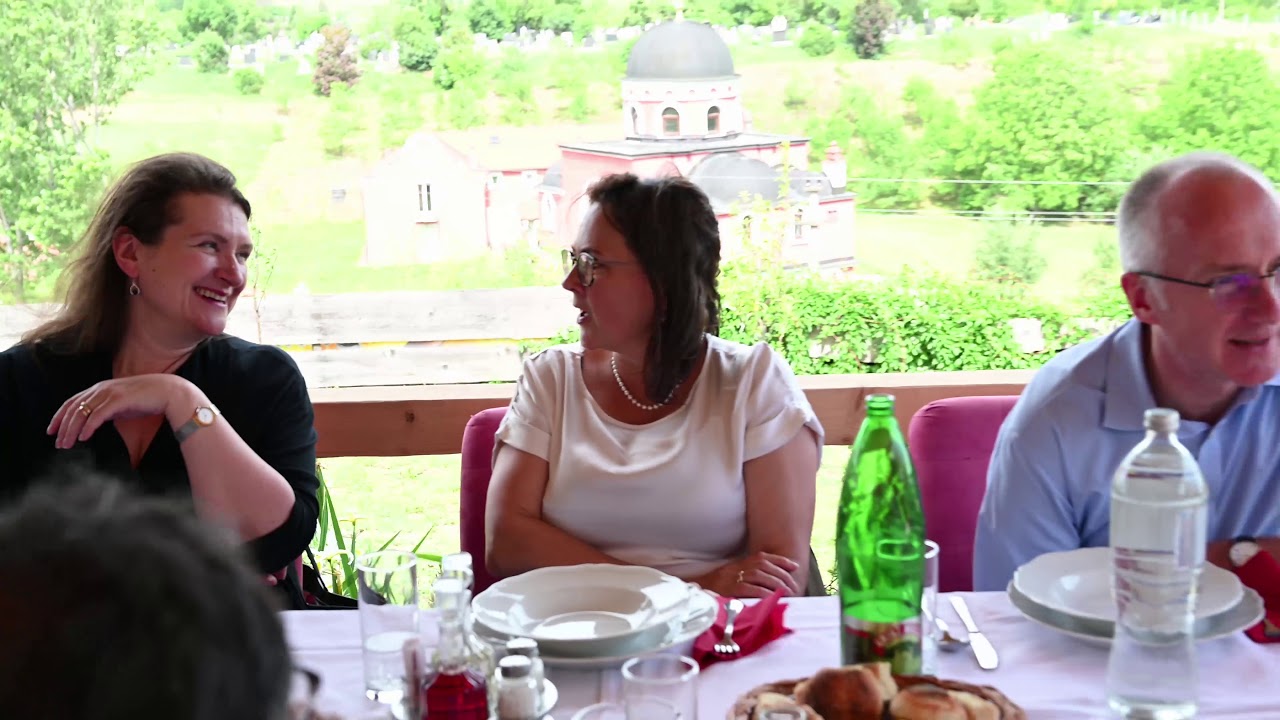 After that lunch was served at the Krušedolka restaurant, which has a beautiful view of the Krušedol monastery, that the guests visited after lunch during which the best gastronomic specialities in Vojvodina and homemade wine were served.

After the visit to the Krušedol monastery, next was the tour of the Velika Remeta monastery and the visit to the Atelje Vina Šapat winery in Stari Slankamen. The winery gave the guests the opportunity to taste their wines while enjoying the stunning view of the Danube River and vineyards.

During the tour, the guests commented that Fruška gora looks like the Serbian Tuscany or a mini Mount Athos and that it has great tourist potential thanks to its beautiful nature, monasteries, wineries and restaurants. During the tour, guests from all over the world got to know the religious and gastronomic treasures of Vojvodina.

Diplomacy & Commerce magazine and Color Media Communications will continue to organize thematic and sightseeing tours for their associates and diplomats in Serbia with the aim of highlighting the potential and beauty of Vojvodina and Serbia.

You can see the photos from the event here.