Israel, along with certain pragmatic moves, has no more reliable and more natural ally in entire Southeast Europe than Serbia

The 30th anniversary of the renewal of diplomatic relations between the Republic of Serbia and Israel is an opportunity to recall the emotional moments of mutual intertwining. The position of members of the Jewish community during the decades of the restoration of the Serbian statehood, that is, the states that were established by the Serbian people during the 19th and 20th century, had its ups and downs. 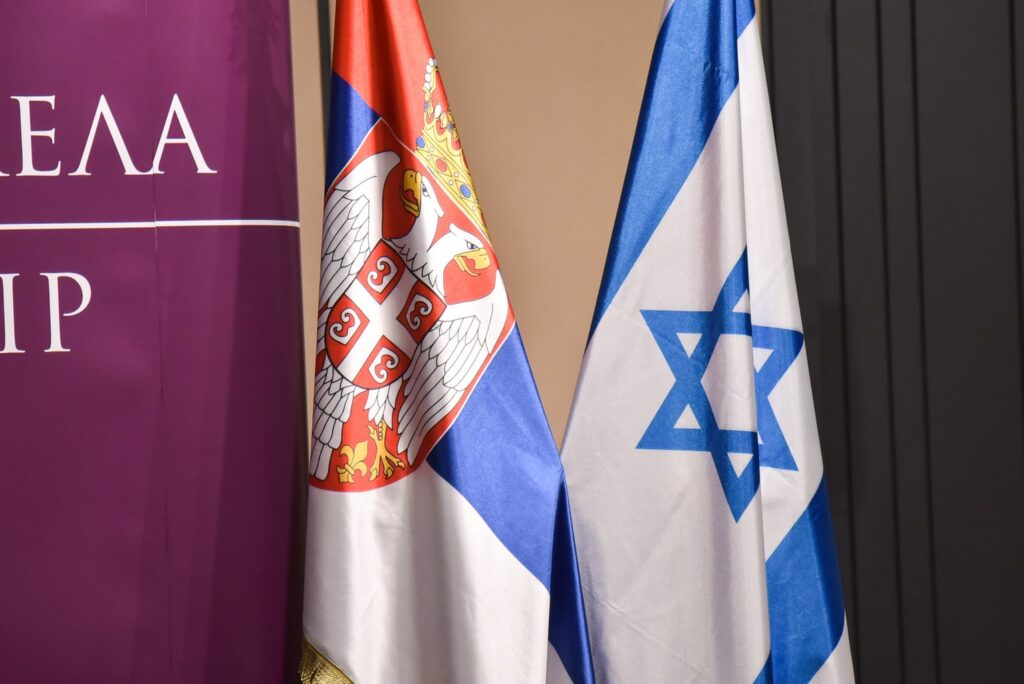 The ceremonial occasion of marking the 30th anniversary touches upon the evocation of subtle uniquenesses in their most picturesque form. The protagonists of these uniquenesses were Prince Milos Obrenovic I and King Petar I, a.k.a. the Liberator, after whom the forest of the Jewish National Fund near Kibbutz Ginegar was named, rulers who rank among the most successful in both Serbian dynasties of the late modern period.

Among the memories’ highlights relating to the chosen specificities, there is certainly the fact that the Kingdom of Serbia was the first country in the world (already on December 27, 1917) to support in writing the Balfour Declaration; the contribution of the soldiers of Jewish faith to the Serbian war efforts in the Balkan wars (1912-1913), as well as in the First World War; the progenitor of the Serbian civic music culture Josif Schlesinger (1794-1870); promotional participation of King Peter I in laying the cornerstone of Belgrade’s Sephardic synagogue, Bet Jisrael (1907), and a year later, on the occasion of its consecration ceremony.

Our friendship is a constant, despite current geopolitical interests, which modern states must be guided by, that is, despite continuous global crises. Acting in the 21st century, tradition, history and emotion should serve as the starting motivation point, in order to have relations between the two states and the people improved on a daily basis. Thanks to the recognizable leadership of the president of the republic, Aleksandar Vucic, Serbia has succeeded in improving relations in just a few years and has become a partner to quite a few major countries, especially in the areas of economy, investment and security sector co-operation.

The same is true of Israel, relations with which are on the rise, particularly in eco-system innovative networking, IT providers, high technology, knowledge transfer from academies to the economy, the field of investment, the field of renewable energy sources and, more recently, in post-COVID-19 regeneration of tourism. The law on elimination of the consequences of the property confiscation from the Holocaust victims of the Republic of Serbia is among the most advanced on the European continent, and the law on “the Staro Sajmiste” (Old Fair) Memorial Center are essential.

Serbia and Israel – the similarities

AT THE same time, there are great similarities between our two countries. We have been under pressure from parts of the international community for decades, not least because of our geographical location. This certainly deserves adding the long-standing mass-media global, unbalanced portrayals of the situation on both fronts, which also turns into brutal propaganda, accompanied by antisemitism or collectivization, which would by no means strike at some other racial, religious and ethnic groups.

Serbia has much to learn and master from Israel, which has succeeded to become a country that fully maximizes the use of human resources for accelerated economic, technological and defensive development. The perception of Israel in Serbia is of a start-up nation.

In recent months of armed conflict in Ukraine, Israel and Serbia have been in a very difficult situation, forced to balance almost every move on a daily basis so as not to jeopardize their own national interests, that is to say, to cope with the resulting price hikes. Fighting for similar values and preserving vital national interests in these difficult times for the whole world can bring Serbia and Israel even closer together.

There is also a regional perception of cooperation with the countries of the Balkans and the Eastern Mediterranean that are friendly to both countries. The key areas to be supported by our governments are cooperation in the field of agriculture, water management, IT sector, high technology in general, and special purpose industry, accompanied by a view of the justification of the free trade agreement, and by an increase in import quotas and reducing customs taxes.

The Representative Office of the Serbian Chamber of Commerce in Jerusalem also plays a prominent role in this. There is also the cooperation of universities and science and technology institutes, which includes start-up accelerators, and science and technology parks, as well. On top of that, co-operation in the field of culture and art, and reciprocal participation in international festivals of both countries, using also existing twin-towns mechanisms.

We are confident that Israel, along with certain pragmatic moves, has no more reliable and more natural ally in the entire Southeast Europe than Serbia, and this must result in an even stronger economic partnership and mutual support in the international arena.

It is important that, in these times, the leadership of the two countries promote partnership and close relations, having a much greater focus on our common future. Parts of the common history that were interwoven with common suffering during the Second World War and the Holocaust, especially in the area of the then-Independent State of Croatia, together with Romani people, Croat and other antifascists, represent eternal starting point.

Long live the eternal friendship between the Republic of Serbia and the State of Israel!

Aleksandar Nikolic is honorary consul of the Republic of Serbia to Israel. Prof. Vladimir Marinkovic is a member of the National Assembly of Serbia and chairman of the Parliamentary Friendship Group with Israel.