The current unstable times, with a war in Europe, make us understand even further how important friendship among our Nations is

The celebration of 140 years of bilateral relations is a sign of good and improving relations between Portugal and Serbia. In the following interview, the Portuguese Ambassador to Serbia, H.E. Maria Virgínia Mendes Da Silva Pina, talks about our friendship, cultural similarities, and many other topics.

Speaking about the anniversary of the Portugal-Serbian bilateral relations, how could you describe it?

To celebrate 140 years of bilateral relations is a symbolic mark, a sign of friendship between our two Countries, and a reminder that we should continue to focus on strengthening our ties. The current unstable times, with a war in Europe, make us understand even further how important friendship among Nations is.

In the specific case of Portugal and Serbia, I feel this anniversary in a very special way, not only because I have the honor of being the Ambassador of Portugal in Belgrade. 140 years is a lot, and if we look at History, both Serbia and Portugal went through enormous changes but the best part of celebrating the anniversary is that it also gives us a good opportunity to look to the Future, and I am certain the relationship between our two countries and two people will evolve in a positive and constructive way.

In that sense, this date is dual, as a commemoration of a past that made us meet and as the welcoming of a shared future. Which, in my case as a witness, with a vantage point, really makes me happy.

From the stories of Dejan Tiago Stanković, a Serbian writer who lives in Lisboa, we can learn about many cultural and social connections between our two nations. How far or close are our cultures, in your opinion?

Geography indeed separates us, but I believe that are many similarities between Portuguese and Serbian people. The friendly and hospitality characters are among those. They bring us closer, despite the distance. The way my culture, Portuguese literature or Fado music, for instance, are appreciated in Serbia shows how our cultures can be close. In the specific case of Fado, it is also interesting how some of the sounds resonate with other sonorities of the Region.

Geography indeed separates us, but I believe that are many similarities between Portuguese and Serbian people

Let’s also not forget that our cultures both belong to the south of Europe, a region with a story that goes back thousands of years. Throughout History, despite the lack of direct contacts up until the XIX century, being in this Region means that there are always some connections and trends that are engrained and that they show when the appropriate setting appears.

In fact, it is very common that a Portuguese feels at home in Serbia and vice-versa, which has been helped by the possibility of enjoying a good “Pastel de Nata” in Belgrade or seeing in the libraries Portuguese writers translated, with, for example, most of Saramago’s or even listening to Fado in the radio.

As for Dejan Thiago Stankovic’s books, they reflect, in fact, many social connections between our two societies, with historical glimpses but also with that unique perspective of someone that is lucky to have roots in these two countries.

The Great Portugal nation once was the door to the New World. What lessons did you learn from your history, and where is the World today when there’s not much to be discovered yet?

Portugal has quite a rich and diversified History. We like to think that we were the pioneers of globalization. The discoveries made our history global. But it also shaped our DNA in the sense that it opened us, allowing us to become bridge builders’, always willing to promote dialogue and cooperation among people and Nations.

It is also important that the main accelerator for that change was given by our own European integration. After the dictatorship and the end of our colonial empire, society’s consensus was the need to move from our temporary isolation and be part of Europe, not only geographically. In one generation, the shift was huge and well succeeded.

This does not mean we have forgotten our history. We just learned from it to project it for the Future, as you can see, for instance, with the Community of Portuguese Language Countries in which, in equal footing, countries sharing historical and cultural bonds work on equal terms to promote not only our language but a globalized approach taking stock of our common ground. 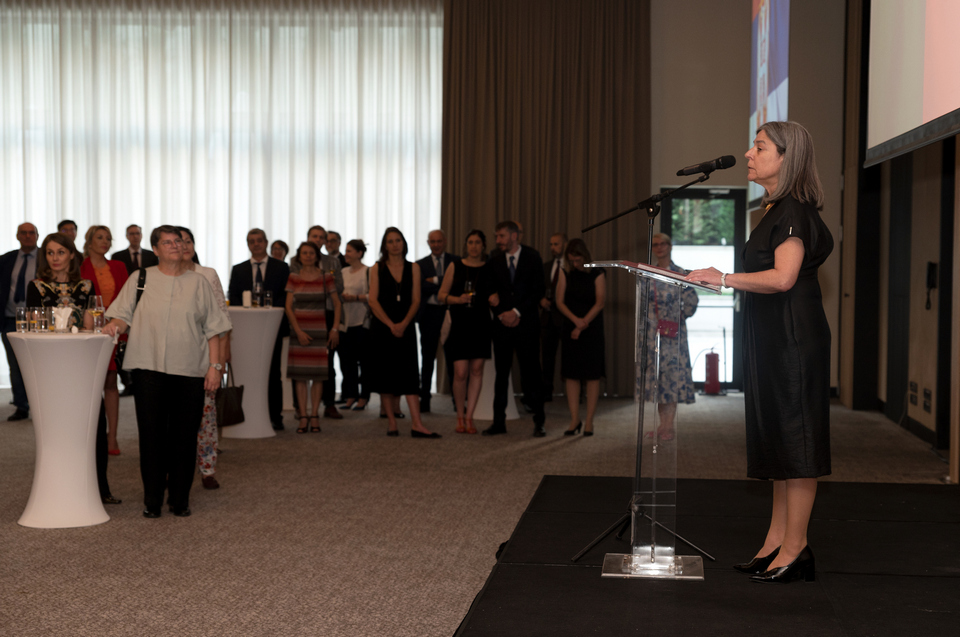 What do you think about the Serbian perspective on the EU Enlargement process?

Serbia belongs to Europe, thus, should be part of the European Union. We often say that the EU will not be completed without the Western Balkans countries. And this is the plain truth.

Serbia chose to be part of our European family when it applied for EU membership. Now, European integration is a process, there are criteria and conditions to be met. For that, but also for the well-being of the Serbian people, there are reforms that need to be pursued and implemented to meet those criteria and to be ready to accede to our big European family.

Serbia belongs to Europe, thus, should be part of the European Union

We know it is a long process and sometimes with more obstacles than it seems at first sight, but the effort pays off. Let me remind you that Portugal benefited enormously from the European membership and that this is the main reason for us to always be a supporter of enlargement, especially to Serbia and the whole of the Western Balkans.

Serbia knows that it counts on Portuguese support, at all needed levels, from technical to political level. In fact, our willingness to cooperate boils down to the final goal: to become a member of the European Union and make it complete and more capable of addressing the challenges this continent and the world faces.

How strong are the economic relations between Serbia and Portugal today? Is there room for expansion? When can we expect direct air routes between our countries?

Our economic relations are increasing, but there is still room for improvement. There is a potential that needs to be fulfilled in areas such as energy, environmental protection, e-government, digital or IT, and we are working on that since these are areas in which Portugal has great know-how and expertise that can be of an advantage for Serbia. We have been trying, in the last few years, to bridge the gulf between the economic exchanges and the political ones, bringing the former to the level of the latter.

In that regard, there are efforts to put businesspeople talking with one another or finding areas where both countries can cooperate. Let me give you an example of Portuguese wines that you can find in several Serbian restaurants and that our producers are actively working to increase their presence here.

Of course, to allow more exchanges, the ideal would be a direct flight to Portugal, something that I would very much like to see until the end of my term in Belgrade, but that depends very much on the flight companies’ market strategies that are still reeling from the consequences of COVID-19.

Nevertheless, before the pandemic stroke the entire World, there was a plan to initiate a direct flight between Lisbon and Belgrade, so I hope that this project will see the light of day because it would be of great importance to increase the tourist flows. I do not know a single Serbian that visited my country and did not tell me that they loved it! The Portuguese culture, architecture, landscape, and, of course, gastronomy and wines are always mentioned, not to forget the hospitality of my people, and I must say that this is for me a reason of great pride.