On 9 December, Air Serbia will launch direct flights between Belgrade and Tianjin, the fourth largest city in the People’s Republic of China.

Due to current COVID-19 limitations, there will be one flight a week between the two cities, specifically, there will be a flight from Belgrade to Tianjin on Fridays, while the return flight from the largest port city in north China to the Serbian capital will be operated on Sundays.

The national carrier is re-establishing direct flights to China after 22 years, since October 2000, when JAT operated its last flight to Beijing. At the moment, Air Serbia will be the only European airline flying from Tianjin, and one of few European carriers operating direct flights to China. An Airbus A330 from Air Serbia’s long-haul fleet will be deployed on the Belgrade-Tianjin route, and the average duration of the flight is 10 hours from Belgrade to Tianjin and 12 hours from Tianjin to Belgrade. Tickets for Belgrade-Tianjin flights are already available, with fares starting from EUR 649 and EUR 1,086 for a one-way and round-trip flight, respectively, with all fees included.

“Despite the still limited international air traffic with China and strict rules imposed since the outbreak of the coronavirus pandemic, our airline has obtained all the necessary permits and completed all preparatory activities, so that we can launch flights to Tianjin in December. Air Serbia is not a stranger to China. In 2020, we operated dozens of special cargo flights, transporting hundreds of tonnes of medical devices and equipment to Serbia. I am convinced that our direct service will help boost the already strong economic and cultural relations between the two friendly countries. Our ambitions in regard to flights to China do not end here. We hope to expand our network to other strategically important cities in the near future, such as Beijing and Shanghai. We will continue to closely monitor the status of COVID-19 related restrictions and promptly react on new opportunities, once the market access limitations have ended,” said Jiří Marek, CEO of Air Serbia. Marek added that “The ground time that Air Serbia aircraft will be spending in Tianjin is not optimal and comes as the result of a combination of various COVID-19 restrictions still in place. We will continue to work to improve that in the future, whenever such an option becomes available.”

Tianjin is a city in China’s northeast with 14 million inhabitants on the coast of the Bohai Sea, which is an extension of the Yellow Sea. The city is the main port through which China’s capital Beijing is supplied and the most important port in the north of China. There is a 117-km-long high-speed railroad from Tianjin to Beijing, making the commute between the two cities last about 30 minutes. Tianjin has been an important transport and trade hub since the 13th century, and the city boasts edifices in the modern, traditional Chinese and European styles. Today, Tianjin is an important industrial and financial centre which, apart from Beijing, Shanghai and Chongqing, has a special status in the People’s Republic of China and is under the direct supervision of the Chinese Government.

By launching a direct service to China, Air Serbia will ensure good connections via Belgrade to numerous destinations in its network, such as Amsterdam, Barcelona, Oslo, Paris, Stockholm, Frankfurt, Ljubljana, Valencia, Prague, Venice, Zagreb and other destinations throughout Europe and in the wider Balkans region. 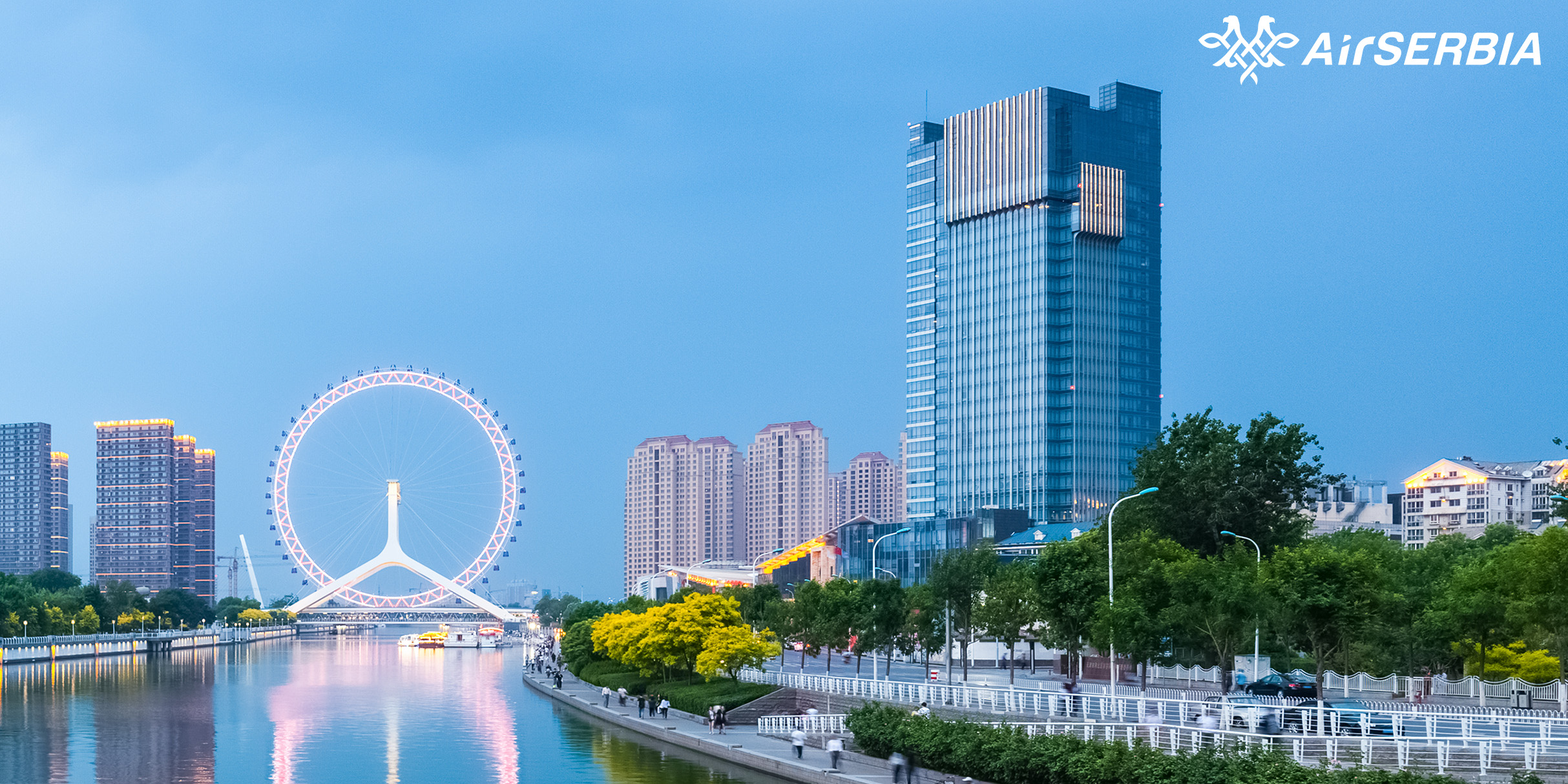