The exhibition “An Anticolonial Museum” will be opened on 8th September 2022 at 6 PM at the Museum of African Art by Jelena Vesić, PhD, independent curator, art critic and theorist, and president of AICA International Association of Art Critics Serbia.

In the focus of numerous museums worldwide – and in particular, those that exhibit African art – is currently decolonization of their work. The Museum of African Art – the Veda and Dr Zdravko Pečar Collection, with its beginning tightly entwined with the ideas of anticolonialism and nonalignment, managed to open space – throughout decades of its activities – for somewhat different museum representation, especially in comparison with standard museum practice of Western collections.

Bearing this in mind, and relying on previous good practice, as well as numerous collaborations that the museum had since its very founding with curators, theorists and artists, this exhibition (as just one part of a far more complex project of Museum reconceptualization), poses a challenge of anticolonial thinking and acting before one Museum in the making, concomitantly marking an end to an era of museum representation.

The concept of an Anticolonial Museum is based on the very history of the Museum of African Art, whose initiators, Veda Zagorac and Zdravko Pečar, were active protagonists of the anticolonial struggle – referring here mostly to their engagement in the Algerian war for independence from the French colonial rule, that was ongoing between 1954. and 1962. year.

However, the exhibition is not just a historicization of Yugoslav anticolonialism, although it takes it as a starting point in its reflection. Relying on the MAA work over decades, as well as numerous theoretical and artistic interventions that problematised the museum as such, the exhibition strives to trace a possible model of museum work that would rely on anticolonialism understood as an affective heritage of this place.

The exhibition maps some of the key questions regarding the representation of Africa and African Art, understood within the cultural framework far wider than the Museum itself. Starting from the cartographic representation of Africa, through press reports, articles, photographs, drawings, titles, sentences and quotations, it describes different registers within which the image of Africa and African art was created that concomitantly – directly or indirectly – influenced the image that the MAA puts forward.

Relying on theoretical and artistic deliberation of this concrete Museum, as well as other museums that thematise representation of Africa, three artworks are presented within the exhibition.

Ana Vujović (Serbia) presents her work ‘An Unknown African Arts’ (2019), in form of an installation/triptych that points to the erasure of African authorship within Western institutions, telling of the necessity to recognize the correlation between certain stereotypes of a Longue durée, and the current realities of social inequalities.

Koštana Banović (Sarajevo-born artist based in Utrecht, the Netherlands) has shot a short film on the MAA, under the title of ’Reading Museology’ (2017), where she re-thinks different eras of this Museum’s life, that has left its permanent display seemingly unchanged. She points out how important institutional history is for representation of any kind.

Katarina Zdjelar (Belgrade-born artist based in Rotterdam, the Netherlands) participates with her work ‘Into The Interior (Last day of the permanent exhibition)’ (2014), which consisted of the footage taken during the dismantling of the permanent exhibition at the Royal Museum of Central Africa in Belgium in 2013. It represents an end to an era of museum representation, symbolising the space for new representation models. 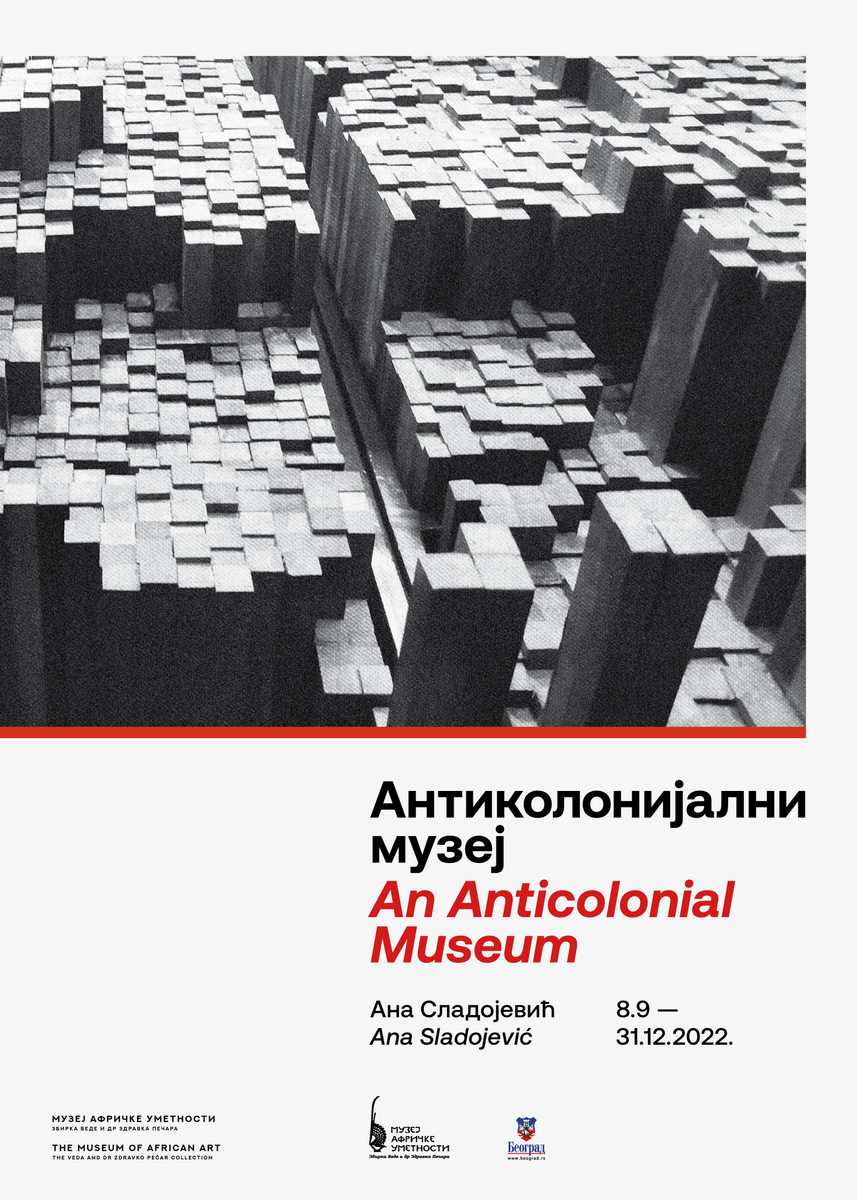