Guesthouses and inns are the perfect place to sample hearty cuisine and relax after a long day out in the fresh air. And when things hot up in summer, there are plenty of mountain lakes to cool off in, let your thoughts wander and simply lose yourself in the moment.

,,In 2019 and 2020, the majority of guests travelled to Tyrol and Salzburg. Usually Vienna, the capital city of Austria, is the third most visited destination in Austria, but the COVID-19 crisis has caused an increase of visitors in leisure destinations, such as Carinthia and Styria. Hence, the market share of Vienna has dropped from 11 % in 2019 to 5 % in 2020.’’ as sad on web page of Federal Ministry Republic of Austria Agriculture, Regions and Tourism.

“According to Egon Kühebacher, the name Tyrol derives from a root word meaning terrain, first from the village of Tirol, and its castle; from which the County of Tyrol grew”

Outdoor enthusiasts are spoilt for choice, both in summer and winter. Hiking and rock climbing are popular activities during the warm summer months, while in winter many people come to Tirol to enjoy alpine skiing, cross-country skiing and tobogganing in the snowy landscape. From the valleys of Ötztal, Paznauntal, Pitztal, Zillertal and Stubaital to East Tirol, Lake Achensee, the regional capital Innsbruck and the legendary ski resort of Kitzbühel, Tirol’s villages, towns and regions are famous for their customs and traditions, museums and galleries. Guesthouses and inns are the perfect place to sample hearty cuisine and relax after a long day out in the fresh air. And when things hot up in summer, there are plenty of mountain lakes to cool off in, let your thoughts wander and simply lose yourself in the moment. 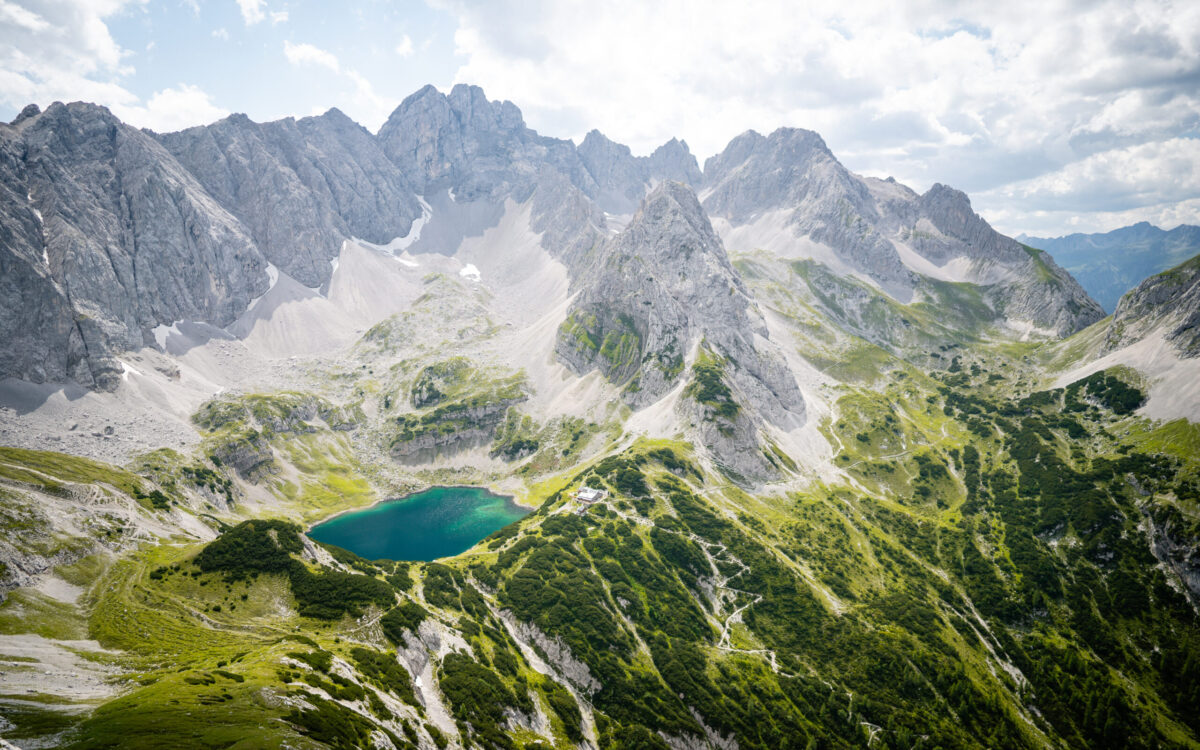 According to Egon Kühebacher, the name Tyrol derives from a root word meaning terrain, first from the village of Tirol, and its castle; from which the County of Tyrol grew. Some sources suggest it derives from the Slavic language “ta rola” meaning “this land, farming terrain/farming ground.” According to Karl Finsterwalder, the name Tyrol derives from Teriolis, a late-Roman fort and travellers’ hostel in Zirl, Tyrol. There seems to be no scholarly consensus.

The whole region of Tyrol is located in the Alps. Tyrol is bordered to the north by the state of Bavaria and to the east by the states of Carinthia and Salzburg. West of Tyrol lies the state of Vorarlberg and the canton of Grisons. On the southern side of Tyrol, the land is bordered by the regions of Veneto and Lombardy.

When in the Middle Ages the Habsburgs took control of Tyrol, it had roughly its modern size. Tyrol was of great strategic importance to the Habsburgs. It controlled several important Alpine passes. It connected their landholdings in Further Austria. In 1406, as the Habsburg lands were split up by inheritance, Tyrol once again became a separate entity, in which the greater landowners had the right to be consulted. During a confusing succession of events, in 1420 Frederick IV, Duke of Austria moved the capital of Tyrol from Meran to Innsbruck, and Meran lost its earlier importance.

The Tyrolean culture has been cultivated for several centuries and passed on to future generations. The state border between South and North Tyrol is more a political border and is considered less as a cultural border. Many traditions are cultivated throughout the Tyrolean region and show little differences. In all cultural areas such as food, dress or customs there are many similarities. Nevertheless, the individual language groups, especially the minority languages, try to maintain and promote their own linguistic identity.

Many Tyrolean customs were created centuries ago and are passed on by the population for the next generations. Typical in the Alpine region are the many individual customs in the valleys. Due to the seclusion of the valleys, the locals developed their own customs. Many customs have been created by legends and narratives, others by the close connection to the church. There are also traditions that are cultivated everywhere in the Tyrolean region and do not differ from other valleys and villages. These customs give local people an identity and thus feel the community more connected.

The Innsbruck region is much more than its city alone. It also includes 40 towns and villages that fulfil your every want and need. You can stay in the alpine countryside, in an idyllic village, in the city centre or at 2,000 metres above sea level. On the Mieming Plateau west of Innsbruck, for example. This sunny area lies on a high mountain plateau with green alpine meadows and secluded groves. It is ideal for golf, leisurely cycling, walking and cross-country skiing. Plus the impressive Mieming Range is also right on the doorstep for long hikes and challenging summit tours.

From a medieval fortress towering over a charming old town to a valley that can only be reached on foot, Kufsteinerland takes you back. Until 2008, Kaisertal valley was Austria’s last inhabited valley without a road link. And even now, only locals are allowed to drive here – so you’ll arrive in the picturesque valley on foot, after climbing 300 steps. Every single step is worth it: The wild, untouched land. The thunderous gorges. The perfectly picturesque villages.

There are few mountain activities as spectacular as rafting and kayaking. The feeling of sitting inside an inflatable boat as you are buffeted from all sides by tall waves and ride the rapids at high speed is one that participants will never forget. And one of the best parts of rafting is that, just like in other situations, it is all about teamwork. In the summer months, Tirol is one of the top hotspots in the Alps for rafting and kayaking thanks to its many rivers with sections of whitewater catering for everyone from beginners to experts.