The first ” Day of America in Belgrade” organized by the Congress of Serbian-American Friendship and Diplomacy & Commerce magazine was held In the National Assembly of the Republic of Serbia, then in the Museum of Contemporary Art, on Friday, 9th September 2022.

The conference had the institutional support of the Ministry of Culture and Media of the Republic of Serbia, the companies UGT Renewables and Hyundai Engineering as general sponsor, and with the support of Millennium Resorts, Public Utility Company “Beogradske elektrane” and N2Growth.

The special topic of the conference is the state and perspectives of bilateral relations between the Republic of Serbia and the United States of America, and in addition, the participants discussed security, business, energy and culture.

John Ginkel, Deputy Head of Mission at the US Embassy in Belgrade, addressed the conference participants, reminding them that the US considers Serbia a stable partner.

“The USA will continue to support Serbia on its way to Euro-Atlantic integration” – said Ginkel.

Zorana Mihajlović, Deputy Prime Minister of the Republic of Serbia and Minister of Mining and Energy officially opened the event. She particularly emphasized the need to sign a strategic partnership agreement, which she said we should work on and move towards signing such an agreement.

As a special note regarding our bilateral relations a special awards were given to those who continuously work on improving the cooperation between Serbia and USA. 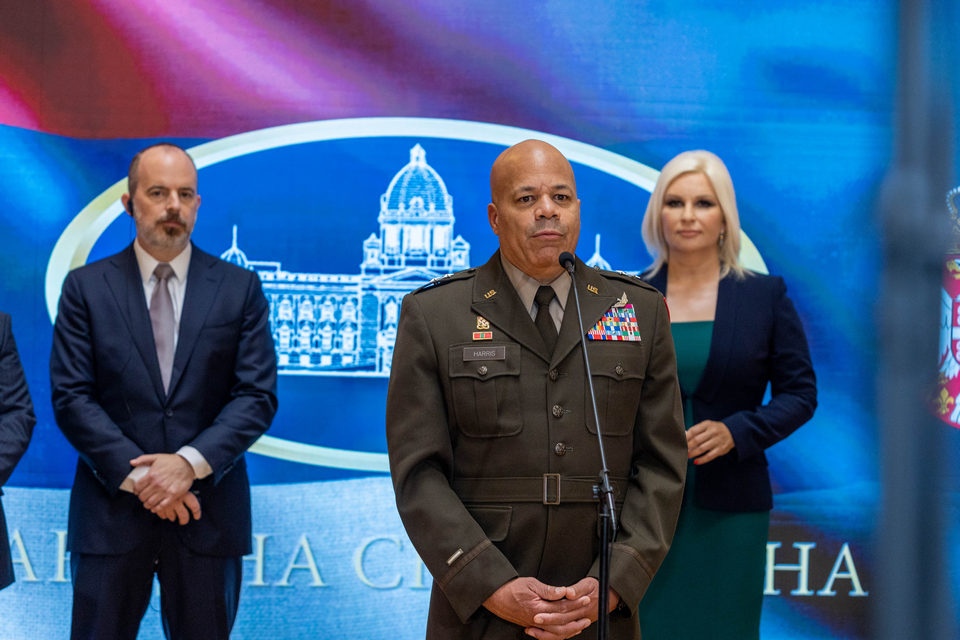 The Security panel gathered together Deputy Chief of General Staff, Serbian Armed Forces Lieutenant General Petar Cvetković, Ohio National Guard Colonel Jonathan Stewart, Michael Kelleher, Political Advisor of the US Embassy in Serbia, and Zoran Jonevski, Macedonian diplomat and former Minister of Defense in the Government of North Macedonia. They put in perspective where we’re going regarding the state of security in following years.

He spoke about the training of special units for peacekeeping missions, which he said is one of the most significant aspects of the cooperation between the Serbian Armed Forces and the Ohio National Guard.

“We (Serbia and the USA) have developed friendship, but now we have to raise it to the level of partnership”, said Stewart.

Serbia is becoming a global hub in the IT industry

The business panel was moderated by Nebojša Bjelotomić, director of the “Digital Serbia” Initiative, while Dragana Vujko, senior manager for corporate affairs of Philip Morris International, Mihailo Vesović from the Chamber of Commerce and Industry of Serbia, Nikola Avram, director of the Millemium Resorts project, and Teodora Ćosić , managing partner of N2Growth presented their industries.

Nikola Avram, director of the Millenium Resorts project, spoke about his company’s plans for the development of the Vranjska Spa.

“In recent years, we have witnessed the improvement of the investment climate in Serbia, as well as cooperation between Serbian and American companies. An example of this is the cooperation between Millennium Resorts and Marriott International. Thanks to this cooperation, the south of Serbia, namely Vranjska Banja, will get two prestigious hotels, the Westin and Kralj Petar I by Autograph Collection, which will put this destination back on the map of European spa tourism. The entire investment is worth 90 million euros, partly because of its business impact, but also because of the creation of new jobs, which is important for the local community and for the entire Serbian economy”, said Avram.

Teodora Ćosić, executive partner in the company N2Growth, spoke about the challenges faced by managers in Serbia. She pointed out that there is a lack of local directors on the Serbian market with international experience in managing large multinational systems. Therefore, it is not surprising that foreign managers are currently leading these companies in Serbia. Therefore, it is necessary to turn the “brain drain” into a “brain flow” and motivate both Serbian expat experts to return to Serbia and foreign experts to come, in order to continue the exchange of experience and apply good practices from more advanced markets.

Zoran Lakićević, State Secretary in the Ministry of Mining and Energy, announced austerity measures in Serbia for the upcoming winter season

“This is one of the rare moments in history when we have a wide generational diversity in the group of high management positions on the labor market. There is a big gap in skills and knowledge between older and young leaders, and all of them equally face the enormous pressure that comes with leadership positions in the modern business world that is constantly changing”, said Ćosić.

The topic of energy has never been more important

The panel on energy was opened by Adam Cortese, CEO of UGT Renewables.

“The discussion on energy has never been more important and relevant than today as the whole of Europe and the world looks with concern towards the coming winter. We are very happy to be here today as a part of this vital conversation as we look into mid- and long-term solutions for the stability and security of energy supply in Serbia. We see the impending crisis as a historic opportunity to build greener, cleaner, and more affordable and secure energy systems.

UGT Renewables is the largest US solar and energy storage developer working internationally with over 12 gigawatts of projects under development in three regions around the world. Projects developed by our companies are at the forefront of the US Government’s climate and sustainable energy agenda and have been prioritized as strategic leads under the Build Back Better World (B3W) Initiative. We are pleased to work with the Government of Serbia and local companies in implementing sustainable, cost-effective green energy solutions”, concluded Cortese.

Zoran Lakićević, State Secretary in the Ministry of Mining and Energy, announced austerity measures in Serbia for the upcoming winter season.

“Companies already have the obligation to submit their winter savings plans to the ministry by September 15. Our goal is to achieve savings of up to 15 percent”, believes Lakićević, who also spoke briefly about long-term measures such as gasification and energy sources. “These are areas in which cooperation with the United States of America is necessary and possible,” said Lakićević.

Later in the Museum of Contemporary Art we’ve had a panel on cultural relations between Serbia and USA and it was pointed out this a bright point in our bilateral relations because there are a lot cultural activities happening and it’s certain even closer relations will happen in the future.

As a special note regarding the importance of USA in Serbia a special video was exclusively prepared about American streets in Belgrade where our famous historians presented this historical figures.

There is definitely progress in relations between Serbia and the USA, and a large number of people from different spheres are involved and willing to work on further connection, exchange of good practices, networking and further cooperation. Gathered around Serbian-American relations, we had the opportunity to hear a large amount of useful and necessary information from eminent members of society and experts in the fields they represented. It is quite certain that next year, at this same event, we will gather an even larger number of people eager to see a stronger Serbia which needs a partner like the USA on its Euro-Atlantic path. 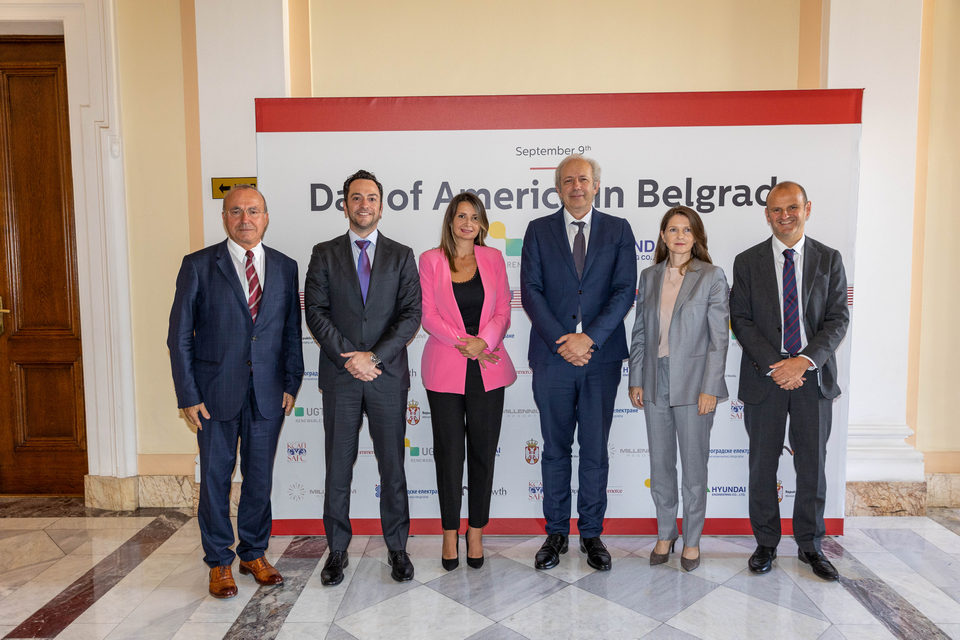