In the 20 years since AmCham was founded in Serbia, we have done a lot and a lot still needs to be done. We have a lot of energy and enthusiasm to continue to improve the business environment

We spoke with Amalija Pavić, Deputy Director of AmCham Serbia, about the 20th anniversary of AmCham, the attitudes and results of the research they conducted in late 2020, as well as the significance of the overall U.S. investments in Serbia.

„Speaking from our experience, we can say that American investors are not looking for anything different from other investors. They want efficient public administration, expeditious administrative procedures for resolving disputes and the rule of law. Something that AmCham members pointed out in the latest research is the predictability of regulatory reforms which is especially relevant during the pandemic. Unlike digitalization and some radical reforms that require institution-building and financial resources, it is quite easy to consult businesses when a law is being drafted or regulation amended,“ says Ms Pavić.

We are a year into the COVID-19 pandemic. Do you think that the economy and businesses are now better prepared than in March 2020?

That is completely natural as companies now know what awaits them. Three rounds of the pandemic wave have passed, and companies now know what measures can be implemented and what corona does to supply chains and employees. They know how they can adapt and that they achieved growth during the pandemic, especially in the second and third quarters. Of course, most companies know that they are no longer faced with something unknown, hence are better prepared.

Now, if you are in the other group of companies that have been particularly affected by COVID-19, such as hospitality, air transport and the automotive industry, then the situation is much different. The companies know what awaits them but since they started with much lower financial reserves, despite state aid and other types of aid they got last year, they are financially exhausted and new epidemiological measures affect them much harder now than last year when it was thought that “the May sun would kill the virus”.

How did the crisis affect the Serbian economy and the companies that are AmCham members in 2020? Did they fare better or worse than expected at the end of the day?

I think that the Serbian economy has done well, i.e. better than expected compared to the environment in 2020. We finished the year fifth in Europe with the national GDP declining only one percentage point. Let’s say that we did better than most other countries and this is partly due to the very structure of our economy, as well as state aid and the structure of benefits. As a country, we do not depend on tourism where the decline has been significantly greater.

“I think that the Serbian economy has done well; better than expected compared to the environment in 2020”

Every year, AmCham conducts a survey called ‘Lap Time’ among its members and at the end of 2020, the results showed that over 65% of companies recorded declines in business. Most companies said planned investments, that were delayed, saw the biggest decline. Fortunately, most of the members sustained their existing level of business even without state aid. Only about 40% of our members took state aid.

In general, our members did not record drastic decline which went up to 10% primarily due to the faster growth in the second and third quarters, even in the industries that were particularly affected by the coronavirus such as tourism, transport, trade.

In what macroeconomic condition did Serbia enter 2021 and face new challenges?

Like all the countries hit by the pandemic, the macroeconomic outlook in Serbia was much better at the end of 2019 than it is at the end of 2020. Remember that in 2019 we had particularly stable finances, a good public debt of about 52% (of GDP) and a stable and healthy growth rate. In 2020, the state ait amounted to about 12.5% of GDP and there were strong monetary policy measures in place, focusing on liquidity.

We are not a huge economy so that we can easily overcome anything any shock that comes our way.

With the new package of measures this year, the fiscal space is quite narrow and, according to economists, threatens to increase the deficit to more than the projected 3.5 percent, even 6%, according to some estimates, while public debt could creep up to 60% of GDP, which is certainly worse than a year before.

Last year, we were one of the countries with the smallest GDP decline in Europe but the continuation of mass vaccination, which has started really well, is crucial here because GDP growth in the second half of the year depends on the inoculation pace, as according to economists and the Serbian government, GDP growth should be between 4% and 6%.

According to AmCham, what are the most important measures for maintaining the set goals of economic growth this year?

We asked the same question in our survey too. The first and basic measure is to enable full electronic communication between the authorities and the business community. The state of emergency has shown that that could be done, and we do not see why we should return to a previous method of communication.

“We have come a long way in the 20 years since the establishment of AmCham, from 11 founding companies to 211 member companies that we have today”

Companies also say that simplification of foreign exchange administration is quite important to them, because they had to take out loans from their mother companies, and in a situation when you need funds and have someone to borrow from, you have to deal with a very complicated and difficult procedure. 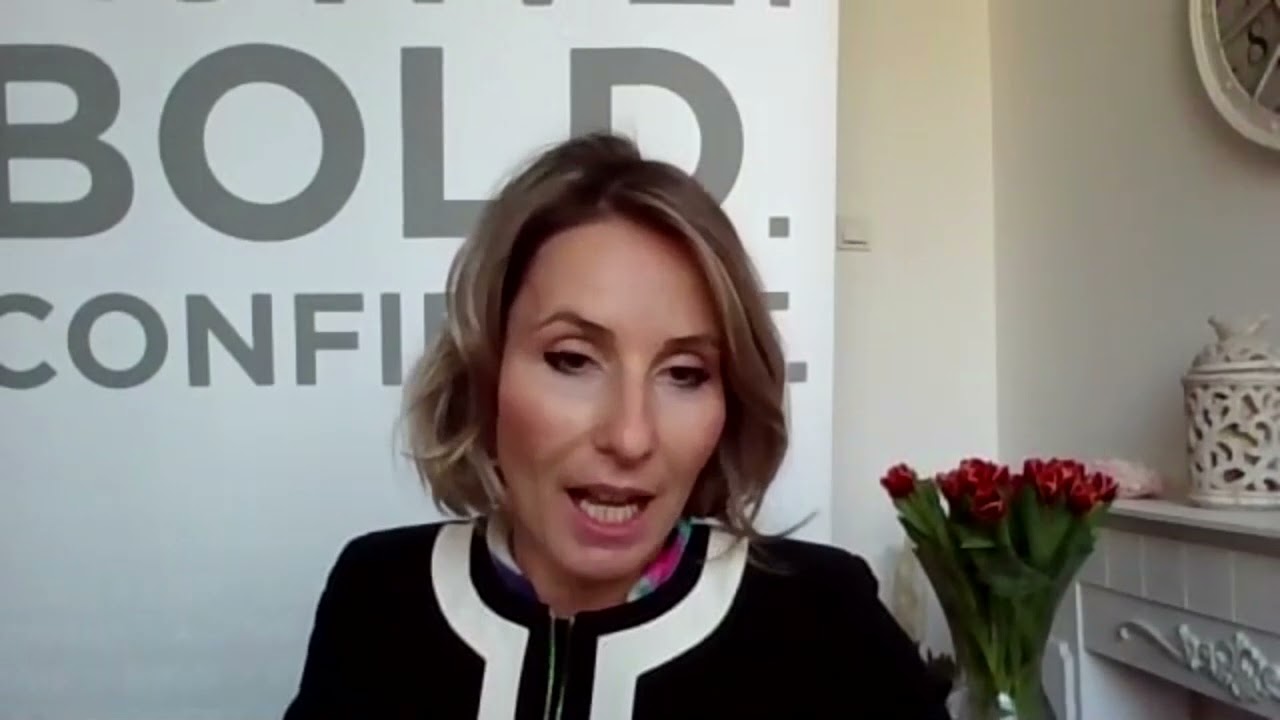 Finally, one of the important measures that can be improved this year relates to justice, i.e. the introduction of e-court. The relevant working group is currently working on amendments to the Law on Litigation Procedure, in which we are also actively involved. We hope that the amendments will significantly impact the efficiency of judicial proceedings.

How does the recently announced implementation of the agreement relating to the DFC office affect opening up prospects for American investments in Serbia?

The good and much-needed thing this year is that, together with the Government of Serbia and local banks, the DFC has already launched guarantee schemes to help businesses. This is an absolute priority and a necessary thing for liquidity which I believe will significantly help our economy.

Generally speaking, the DFC provides a wide range of services to investors such as political risk insurance, additional financing, conducting feasibility studies and the like. In fact, in line with their internal policy, they decide which range of funds and services will be allocated in which region of the world, i.e. who will be able to use what. It remains to be seen what kind of assistance will be available in our region so that we can more clearly assess the potential impact on additional investments. Certainly, the DFC’s presence in Serbia and the whole region is great news for American investments and is kind of a seal of approval that the region is good for investing and that it is possible to get help if necessary.

This year marks the 20th anniversary of AmCham in Serbia. What are you most proud of and what would you like to single out?

In the meantime, we have developed some new areas and activities such as professional development. This year, the AmChamps program will welcome the 7th generation of students and young managers. The program has become a landmark not only among our members but also among the wider business community.

We celebrate our birthday in October and we secretly hope that we will be able to have the celebration just like before, pre-pandemic, but we’ll see how the epidemiological situation will develop. There will always be plenty to celebrate about but health remains the most important.

What will be the biggest challenges this year for both AmCham and its members?

According to the results of our survey, and I share the same view, the biggest risk this year is associated with the pandemic and how the pandemic will evolve while the mass availability of vaccines and how quickly the vaccination will take effect remain the most important issues. It is also important to know how long will the current measures remain in place and what form will they take after the current pandemic peak subsides.

“According to the results of our survey, and I share the same view, the biggest risk this year is associated with the pandemic and how the pandemic will evolve, as well as the mass availability of vaccines”

Everything else comes under what we usually deal with like the efficiency of public administration. That’s what matters every day and is especially important in the pandemic, i.e. that there are no deviations during emergencies. Also, there is the issue of the difficulty of obtaining permits and the like. In that sense, I think that there is no special difference in what is otherwise important to the economy. The efficiency of the state administration apparatus remain the biggest challenges, and perhaps the pandemic has only brought this to the fore.

Do you think that we are nearing the end of the crisis and when will that happen?

I really don’t know. It is a very delicate thing to give any predictions. We are all closely following what Israel is doing, and how quickly vaccination has been implemented there and how quickly the economy is recovering after the vaccination.

I think, by summer, we will know what we can expect and what is the best-case scenario. It is important to us that the inoculation pace REMAINS FAST, as it was at the beginning. We expect that the crisis will have ended by the year-end which is how long it will take to have a full effect. I also think that life and work, in general, will not return to the same pre-pandemic framework. You and I may not have to look at each other through Zoom, or Teams or Webex any longer, but we will have more freedom to organize our working hours more flexibly and to work remotely. Companies now know what kind of work hinges on physical presence in the office and which one does not, and I think everything will be much more flexible.