The works started on October 4, 1927. Using dynamite and drills, about 400 workers started making something that would become a national monument or a monument of national importance years later, just as it had been conceived. 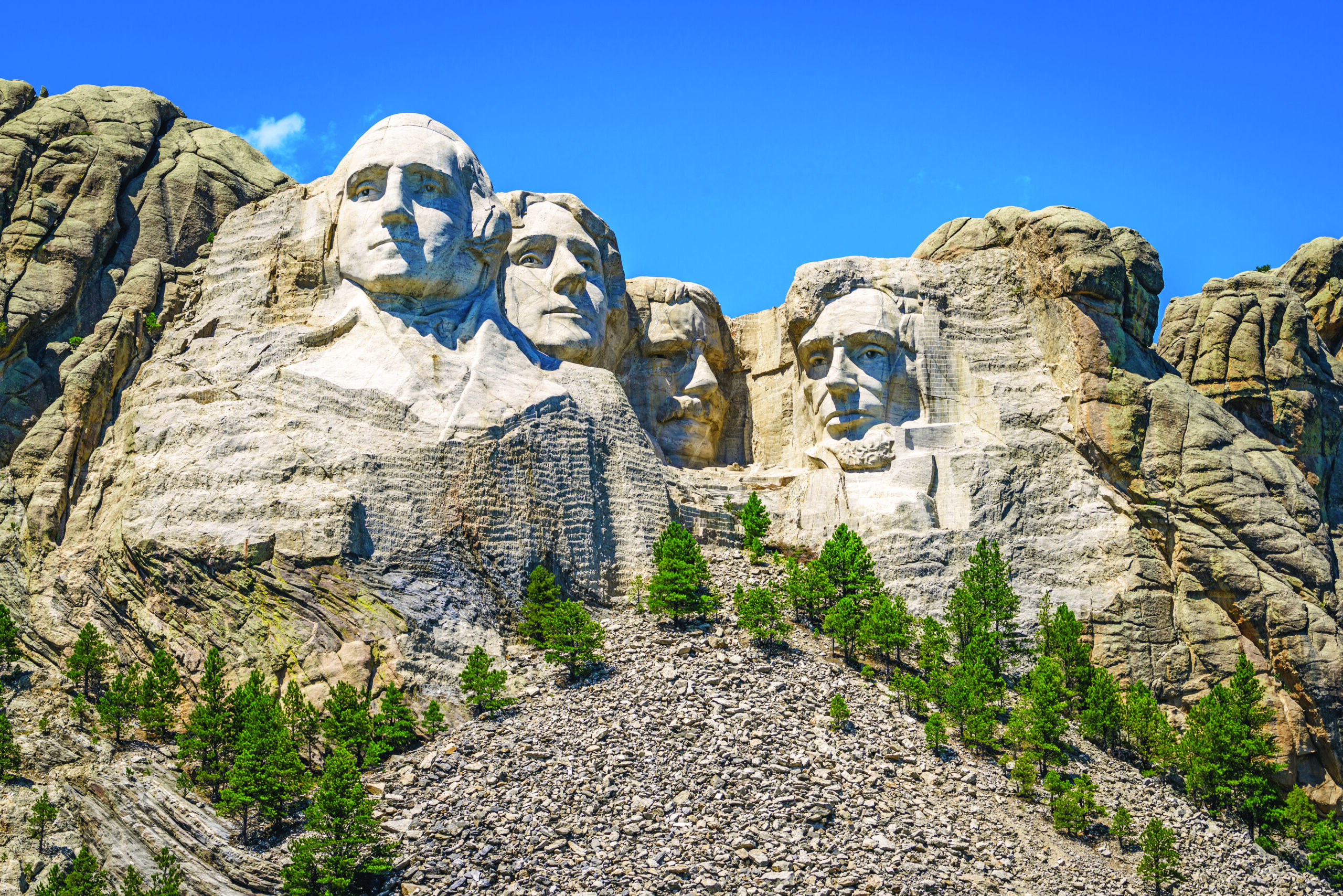 The first 150 years of the United States of America are represented in one monument. Symbolizing the different periods and achievements of the carved presidential figures, the Mount Rushmore National Memorial is today one of the biggest tourist attractions in America.

When, in 1923, the Secretary of the South Dakota State Historical Society, Jonah Doane Robinson, had a wish to attract more tourists to the country, he never dreamed that almost 100 years later, three million people a year would walk in front of a monument that was his idea. That monument in question is Mount Rushmore. The works started on October 4, 1927. Using dynamite and drills, about 400 workers started making something that would become a national monument or a monument of national importance years later, just as it had been conceived. At first, historian Robinson wanted to carve out Western heroes like Lewis and Clark, but the idea was soon abandoned. The American sculptor of Danish origin, Gutzon Borglum, was the person who conceived what the monument would look like in the end. Unlike Robinson, Borglum wanted to do something more significant than Western heroes, but also have the monument on the mountain rather than on the nearby rocks.

“The work on the sculptures was completed in 1941, and although hundreds of people took part in this endeavour, surprisingly and fortunately no one was killed”

The rocks, known as The Needles, were too narrow for sculpting and as it turned out, the mountain proved to be a more suitable location, having better exposure to the sun. This would allow the sculpture to be seen from a greater distance. Lincoln, who was Borglum’s son, thought that the figures of four American presidents should be carved into the mountain, and each of them would symbolize their individual terms in office. Thus, American President George Washington (1732-1799) was elected because he was the father of the nation and symbolized the country’s establishment. Thomas Jefferson (1743-1826), the author of the Declaration of Independence, represented an expansion. After all, Jefferson was the president who signed the purchase of Louisiana and is also considered one of the fathers of the nation. The third carved figure is the figure of Theodore Roosevelt (1858-1919) who was chosen because he symbolized America’s industrial prosperity of America and its preservation. The fourth image was Abraham Lincoln (1809-1865) who led the country during the Civil War and believed in preserving the nation at any cost. 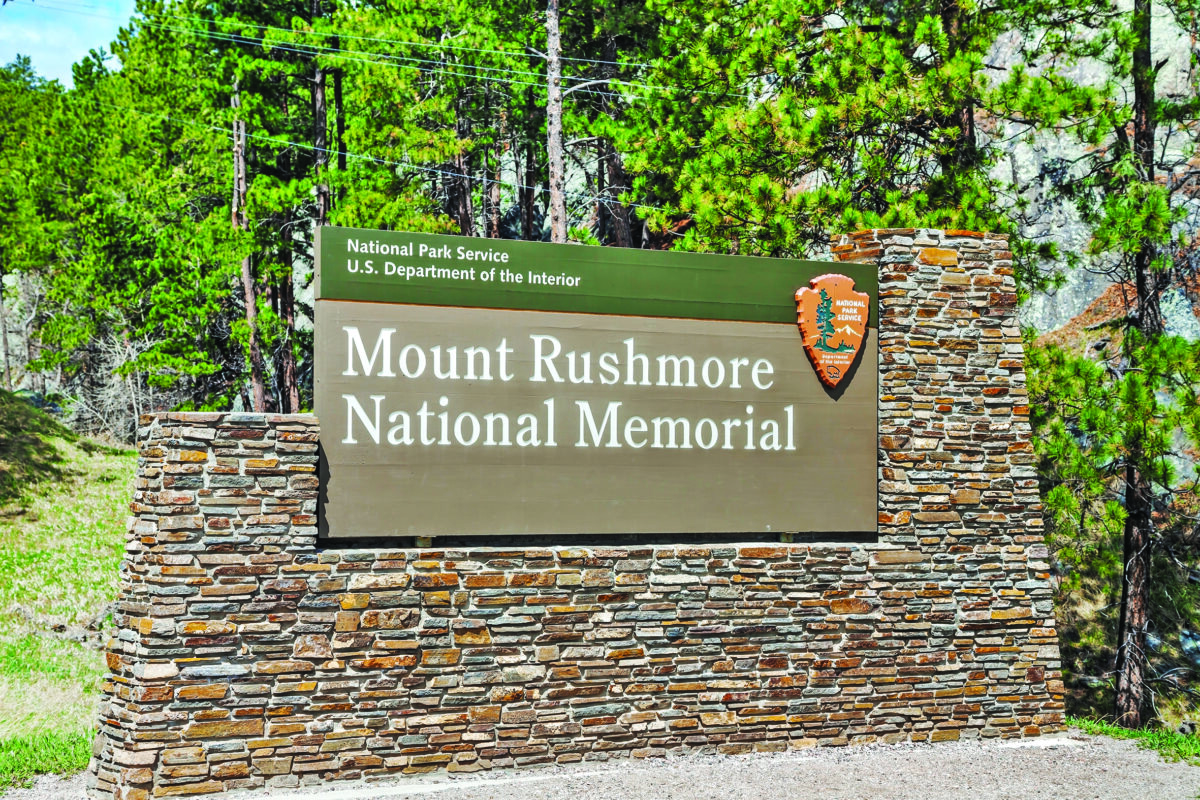 It is interesting to note that the mountain got its name by accident – in 1885, the American businessman and lawyer Charles Edward Rushmore came to South Dakota to check the property for a company from the East. He asked his guide William Challis what the mountain was called, to which he replied that it had never had any name and that he would call it Rushmore. It was not until 1930 that the United States Board on Geographic Names entered the mountain’s name into official records. The work on the sculptures was completed in 1941, and although hundreds of people took part in this endeavour, surprisingly and fortunately no one was killed. The workers who came to mine the mountain were actually gold diggers. Gutzon Borglum died in 1941 and his son Lincoln Borglum completed the work on 31 October. Although the Great Depression slowed down the works due to the lack of state finances, it took only six and a half years for this monument to be built. 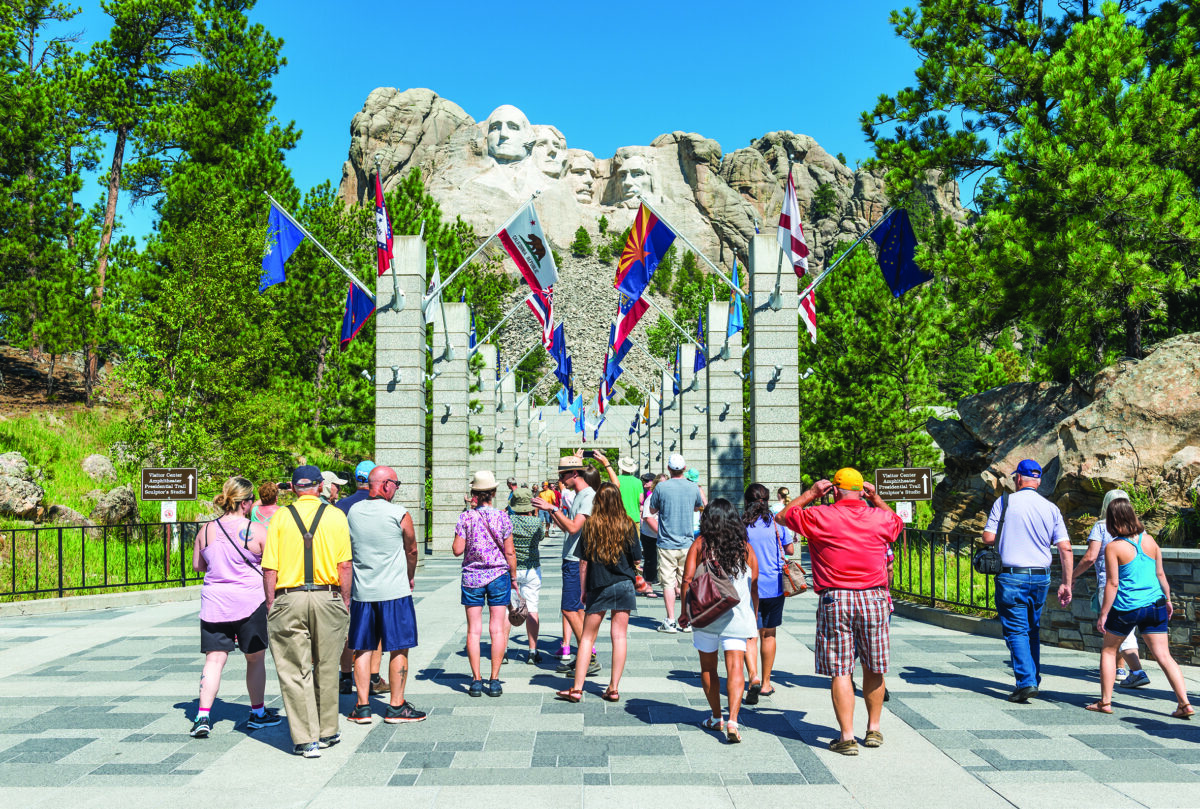 The monument, located at 5,725 feet altitude, cost $ 989,992.32 to make. A total of 2,074,986 people visited the monument in 2020 alone. The faces of each of the presidents are 60 feet high, and although Jefferson was supposed to be on Washington’s right side, the final order of the American president to this day remains Washington, Jefferson, Roosevelt and Lincoln. Washington’s face was completed in 1934, Jefferson’s in 1936, Lincoln’s in 1937, and Roosevelt’s in 1939. Although he was very apprehensive when the time came to end his work on the monument, Gutzon was adamant to finish it, so the same year, he completed the work on Theodore Roosevelt’s face.