Throughout the world, American politics are an ongoing drama and mystery.  This isn’t just because of the sheer scale – and noise – of our election campaigns; for better or worse (and it’s often worse), the U.S. Government touches the lives of citizens in 194 countries north, south, west and east of our snarled, 8-lane motor Beltway.

In fairness, only a handful of countries can boast of actually being bombarded by our Air Force, so that is a rather exclusive club to which Serbia belongs. Congratulations. So let us first agree that Belgrade has had more US Government attention than other stops on the Orient Express. In fact, in spite of your country’s modest size and limited impact on our own affairs, the Bosnian War/Kosovo represents but one of four historical moments of the past 119 years when Serbia has been at or near the center of US diplomacy. (As you shall see, that’s not the same as the attention of the American public, which barely knows you exist and does not, in any material way, have you in its thoughts. Sorry.)

One of those historical moments is the present, when the mandarins of NATO, the European Union and other interested parties in the Geopolitical Balance Industry preside over the question of whether Serbia is a Slavic blood brother of Putin’s Russia or a future key eastern outpost of the West – even as President Vucic plays to both blocs at once. That question has taken on extreme urgency with the Russian invasion of Ukraine and potential metastasis in Moldova and the Baltics, not to mention a potentially lethal winter freeze and the threat of nuclear war.

The third modern inflexion point was Tito’s break with Stalin, subsidized to the tune of billions of US dollars despite Yugoslavia’s minimal strategic importance. The cost was enormous, and the psychological value was immense. Tito’s cobbled-together federation was the wild card of the Communist Bloc, singular if only for its symbolism in the midst of the Cold War.

The remaining episode, which you may have read about somewhere, was the 1914 assassination of Archduke Franz Ferdinand by Serb nationalist Gavrilo Princip, triggering the bloodiest war in human history. But that happened in Sarajevo, so….

The question is, in the aftermath of our latest chaotic election, what happens with the US expression of power in Serbia and 193 other nations? There are two possible answers.

Firstly – Not much will change. The Biden Administration and the Democratic-controlled Senate are mainly rational actors. Though, like all previous administrations, its decisions are guided by Realpolitik (resulting in unsavoury alliances, such as Turkey and Saudi Arabia), Biden’s foreign policy is led by career diplomats with a generally pragmatic view to encouraging democracy and free markets while avoiding and tamping down the conflict. The previous administration was, to say the least, more erratic. Trump’s foreign policy hinged on whatever the corrupt, venal sociopath believed that in any particular moment would best serve his domestic image and fundraising. If he knew of Serbia’s existence (I’d bet against that) it was only as a venue for some Trump Belgrade Hotel and Casino. Of course, as we know, he has done some business in Slovenia.

Secondly – Chaos. Serbia, like the United States and the rest of the world, will be interested spectators in the ebb and flow of power within the Republican Party. The GOP entered the campaign widely expected to take control of both Houses of Congress, giving them veto power over administration policy and judicial appointments and – most importantly – control of purse strings and, therefore, the ability to create de facto policy solely by denying or authorizing funds for a given purpose. Yet despite historical trends in midterm elections favouring the party that does not control the White House, and despite the rise of “MAGA” Christian nationalism in the Trump Era, the so-called Red Wave of far-right victories did not occur. Democrats held the Senate, and the Republicans won but a tiny majority in the House. 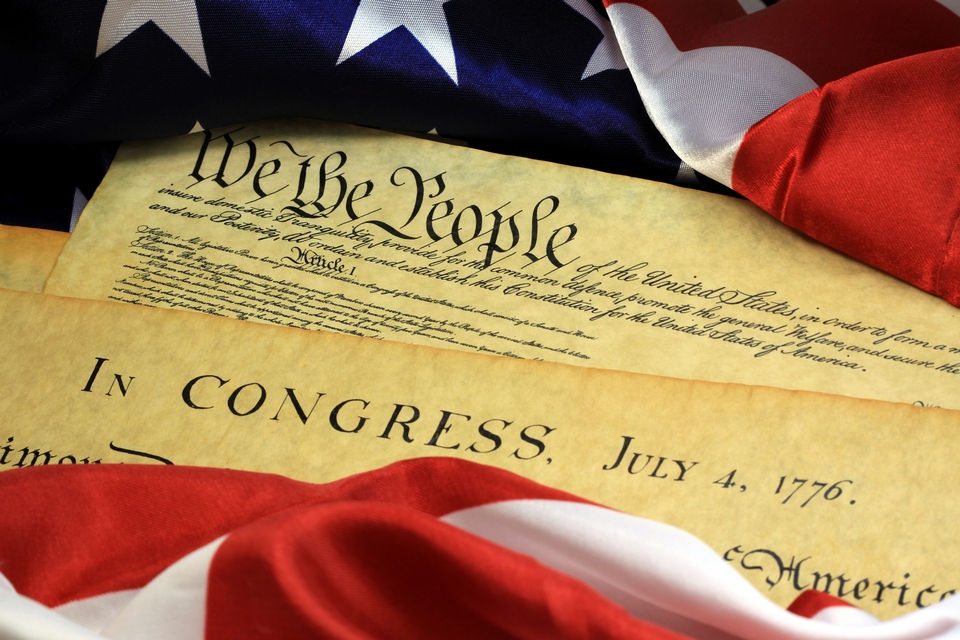 Nonetheless, one house of Congress, all “Red State” legislatures and many of their governorships and a growing percentage of judges remain in the thrall of Trump, or some other flavour of rightwing extremism, from QAnon, to anti-government militias, to the (unconstitutional) belief in Christian dominion over laws and national affairs.  As a whole, these groups are nationalistic, racist, misogynistic, antisemitic, xenophobic and in an open culture war with the values of liberal democracy that have evolved globally since the end of World War II.

That state of affairs must be very familiar to Serbs. Not only have your neighbours in Hungary and Poland veered sharply rightward under the rule of Viktor Orban and Andrzej Duda, your own experience with Slobodan Milosevic demonstrated the grave dangers of ultranationalism. Much as journalists and historians debate Milosevic’s actual ideology (apart from power), few American observers imagine Donald Trump to be a true believer in any of the hostile, hateful and often unhinged rhetoric that issues from his pathologically-lying mouth. Unfortunately, his core beliefs (if he has any) are immaterial to America’s rightward tilt. His emergence has been fueled by long-suppressed feelings of resentment and hatred that smouldered for decades, even as they became less ‘politically correct” to utter aloud. America was a “bure baruta”.

The conventional political wisdom in the United States is that the vanishing Red Wave represented a vast triumph for the Democratic Party and a dodged bullet for the future of democracy. As I have argued elsewhere, that is merely wishful thinking. Overall, the vote was almost evenly split between Republicans and Democrats. And 30% of American voters cast their ballots for the most extreme candidates, including hundreds who subscribe to Christian nationalist ideologies, deny the validity of the 2020 residential election and support the insurrectionists currently being prosecuted for the Jan. 6, 2021 attack on the U.S. Capitol. It is a force of 100 million Americans that has been able, via shrewd and persistent politics over four decades, to install reactionary politicians in statehouses around the Congress and a large cohort in the United States Congress. Oh, and they own 300 million guns.

Hence the chaos. Though still a minority voting bloc in the House of Representatives, like minority blocks everywhere, the nationalist “Freedom Caucus” has the power to advance or stymy legislation. That means that either the Republican majority in the House will be paralyzed, unable to benefit from its trifling majority or become a hostage of the extremists and the reactionary agenda they promote. As such, a minority of minorities is likely to take center stage. May I cite one vivid historical comparison? Germany in 1933.

What does this mean for Serbian-American relations?  If you were to ask the State Department, it means nothing. “The United States,” it declares, “wants Serbia to be part of a stable Balkan region, and we pursue this by supporting Serbia’s integration into European institutions, helping normalize Serbia’s relations with Kosovo, strengthening the rule of law, partnering on security issues, and promoting economic growth.” That translates into orderly assimilation into European institutions, ultimately including the EU. The N-word (NATO), unsurprisingly, is scarcely uttered.

That, of course, reflects the policy of the administration. In the out-of-control minority scenario, in which far-right Republicans create mischief to obstruct any Biden policy, including the modest financial assistance the US provides. The other possibility is a sudden outpouring of Congressional love for Vucic as a European leader who has been reluctant to criticize Russia’s invasion of Ukraine. Bizarrely – considering, you know, all of modern history – Putin-affinity is running strong among America’s far-right. This is owing again to Biden’s vast and enthusiastic support of Ukraine (if Biden is for it, the Freedom Caucus is against it), to his own fascist conduct, and to the narrative that we are sending a trillion dollars overseas while supposedly neglecting our own. It is ironic that the same people who promoted unlimited military spending to counter the USSR are suddenly concerned about the price of European security.

One thing the Republicans will not be able to do, should they suddenly embrace Serbia, is turn that support into a populist issue. As noted above, the State Department’s century-long attention has not yielded much public interest in your country. It is likely that 80% of the public could not locate you on a map – partly because they’d be looking for Serbia in far-Eastern Russia. Your greatest contributions to popular awareness are Nikola Jokic, Novak Jokovic and the Tesla automobile. Also, in the movies – because it is distasteful to cast racial minorities in a negative light – many of the villains are Serbs. Again, congratulations.

They say no publicity is bad publicity. On that matter, ne znam.

About author
Bob Garfield is a journalist in Washington, DC. In semi-retirement, he writes at BullyPulpit.substack.com