The golden age of western films is determined by the work of two directors: John Ford, with John Wayne as the main star of Ford’s films with the two first collaborating on the iconic film called Stagecoach, and Howard Hawks, who made movies like Rio Bravo, Red River and El Dorado. 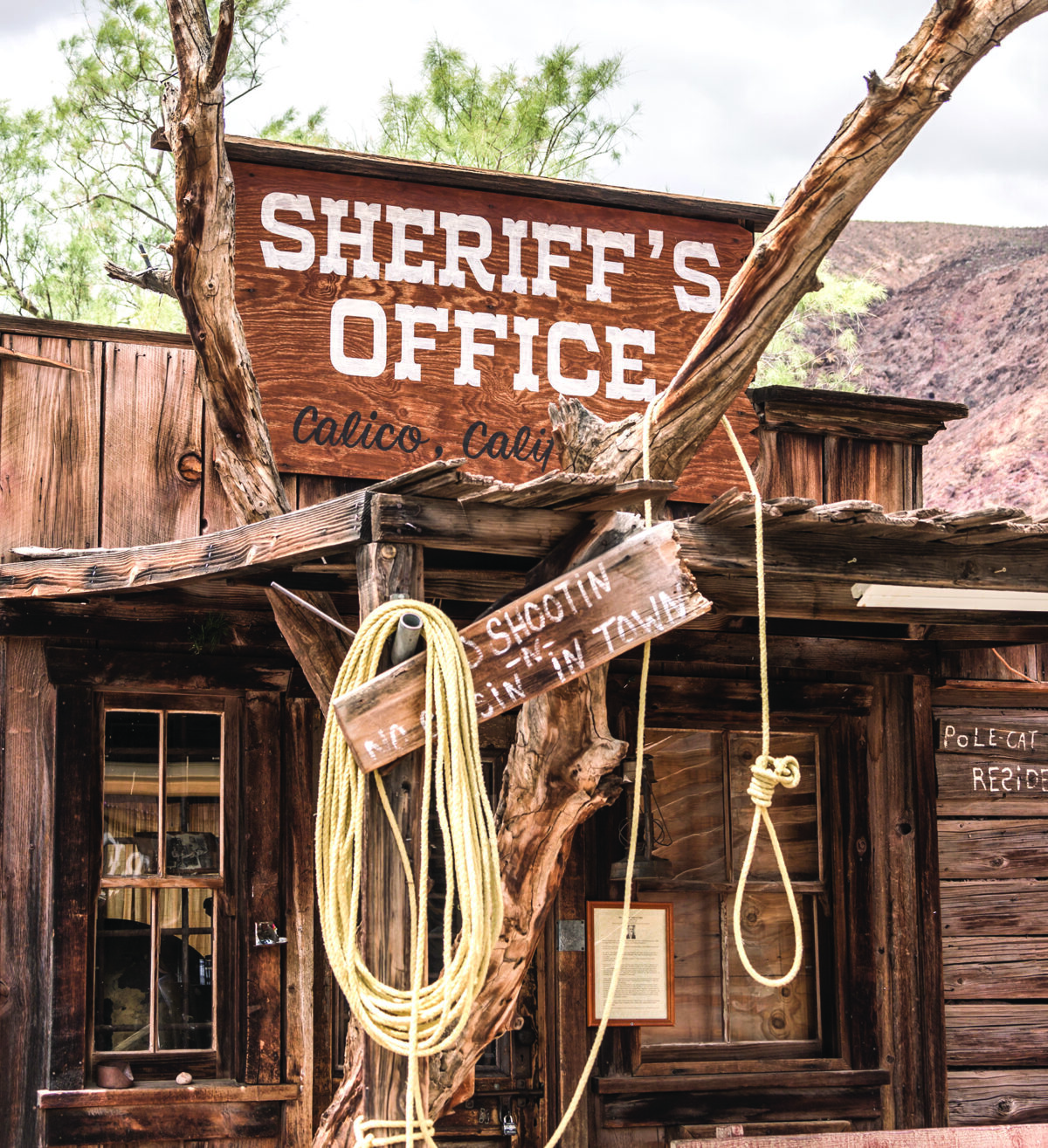 Wide-brimmed hats, spurs on boots, a Colt tucked in the belt and scarves around necks are just some of the clothes that cowboys, heroes of western movies, wore. They are known for their honour and desire for justice and often revenge. Apart from the said cowboys, Indians are, of course, the indispensable characters of every western movie – the Navajo, Apaches, Sioux and many other tribes were infamously depicted in this film genre. The Indians are often accompanied by Mexicans (the Comancheros) and even gangs composed of lawbreakers who would usually cause trouble to local sheriffs. Western films often depicted certain historical figures, be it generals of the American army or a bandit who gained notoriety for their transgressions. Although western is best known as a film genre, it can be found in literature as well as in comics.

When Stanley Kubrick (the director of ‘2001: A Space Odyssey and ‘The Shining’) asked Sergio Leone, best known for his Dollars trilogy (‘For a Handful of Dollars’ from 1964, ‘For a Few Dollars More’ from 1965 and ‘The Good, The Bad and The Ugly’ from 1966), how he had managed to achieve such a strong impact with the soundtrack and images in his film ‘Once Upon a Time in The West, Leone replied that he had written music first. So it would be worthwhile to start with music as an important segment of western films.

The name that is most associated with the Western genre of music and film music, in general, is the recently deceased composer Ennio Morricone. He has composed and edited scores for over 500 film and television productions and has the longest collaboration with directors Sergio Leone, Brian De Palma, Barry Levison and Giuseppe Tornatore, for whose film ‘Cinema Paradiso’ he composed one of the most beautiful soundtracks. Still, even people who have never watched a western movie can recognize the fantastic soundtrack from Leone’s ‘The Good, The Bad and The Ugly’. He received the Academy’s Honorary Award in 2007, and in 2016, after collaborating with Quentin Tarantino on his western debut ‘The Hateful Eight’, he won an Oscar for the Best Original Score.

Music is an indispensable part of every film, but a quality western and a showdown between sheriffs and bandits, as well as the gallop of Indian horses through the prairie, cannot be imagined without it.

And thus, locations are the next essential part of every film dedicated to the Wild West. Usually these include pueblos/forts, mostly military ones in which the troops advancing further to the West are accommodated, then Indian tribes gathered around their wigwams and campfires, and crowds of ordinary working Joes, sitting in smoke-filled saloons, gathered around the piano under the watchful eye of sheriff and a ranger. In some westerns, those that are usually poorly developed, a female character might pop up, mostly causing trouble.

“Music is an indispensable part of every film, but a quality western and a showdown between sheriffs and bandits, as well as the gallop of Indian horses through the prairie, cannot be imagined without it”

Western films mostly take place in the south of the USA, but depending on the event, there are westerns whose characters move around other parts of America as well. Early westerns were mostly shot in studios, just like old Hollywood movies, but when on-site filming became commonplace in the 1930s, western film producers used remote locations in New Mexico, California, Arizona, Utah, Nevada, Kansas, Texas, Colorado and Wyoming. Although many westerns were filmed in California and Arizona, most of the action was set in Texas. Productions were also filmed at locations on film ranches. 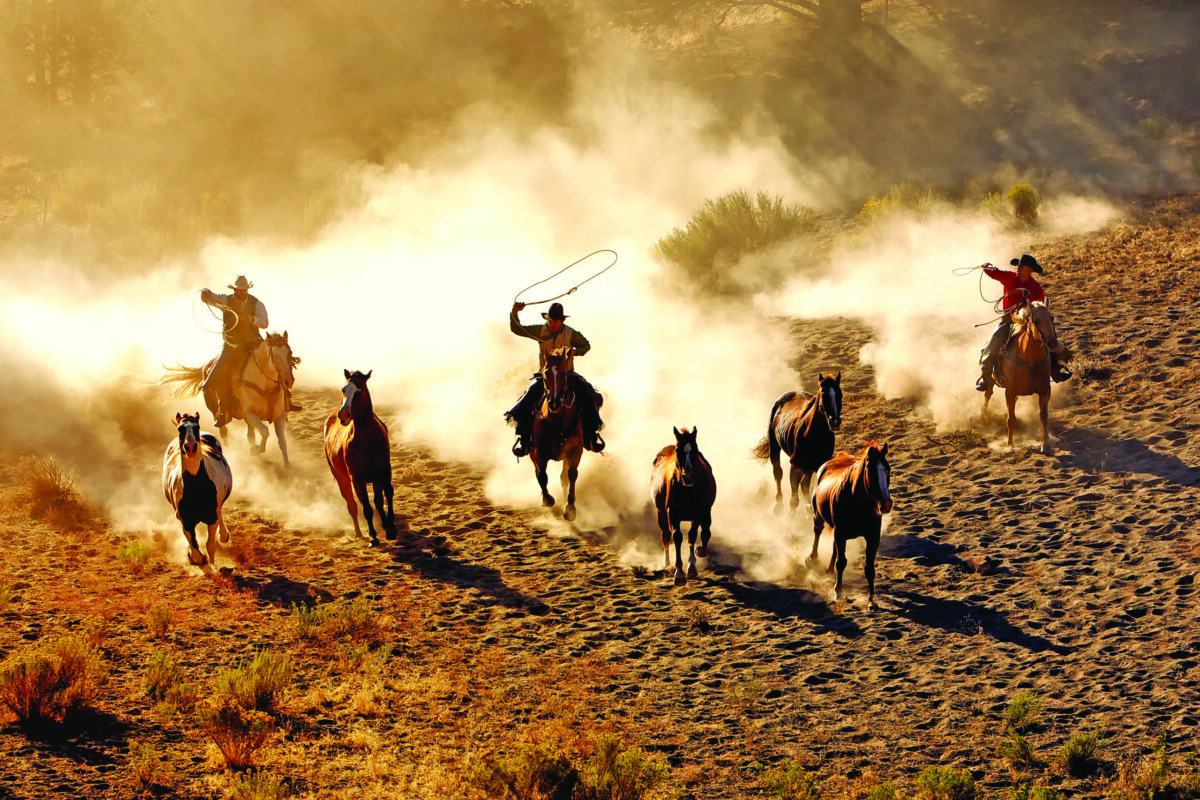 ‘The Great Train Robbery’ from 1903 was the first western ever, a silent film directed by Edwin S. Porter with Broncho Billy Anderson in the lead role. The film’s popularity opened the door for Anderson to become the first Cowboy movie star, and he proceeded to make several hundred short western films. The golden age of western films is determined by the work of two directors: John Ford, with John Wayne as the main star of Ford’s films with the two first collaborating on the iconic film called Stagecoach, and Howard Hawks, who made movies like Rio Bravo, Red River and El Dorado.

During the 1960s and 1970s, the western film genre experienced a revival with the so-called “spaghetti westerns” or “Italian westerns” that took place in Italy. Many of these films were low-budget productions, shot at a location chosen because of the low crew and production costs as well as the similarities with the landscapes of the southwestern United States. There was more action and violence in the spaghetti westerns than in the Hollywood ones.

Sergio Leone’s films have a hint of parody that gives them a different tone to Hollywood westerns. Charles Bronson, Lee Van Cleef and Clint Eastwood became famous thanks to their performances in spaghetti westerns, although they also served as a detour for famous actors such as Jason Robards, James Coburn, Klaus Kinski and Henry Fonda.

Although the golden age of westerns is long gone, many contemporary directors are returning to this genre, such as Kevin Costner, who directed the famous ‘Dances with Wolves’ in 1990 and won many Academy Awards, and Quentin Tarantino. There are also remakes intended for younger audiences and done with better technology. The future of the western genre is uncertain because, at one point, audiences were too spoiled for choice, but it would be nice if the genre continues to live, so instead, our leading characters riding into the sunset, they should rather continue to gallop across the film prairies.