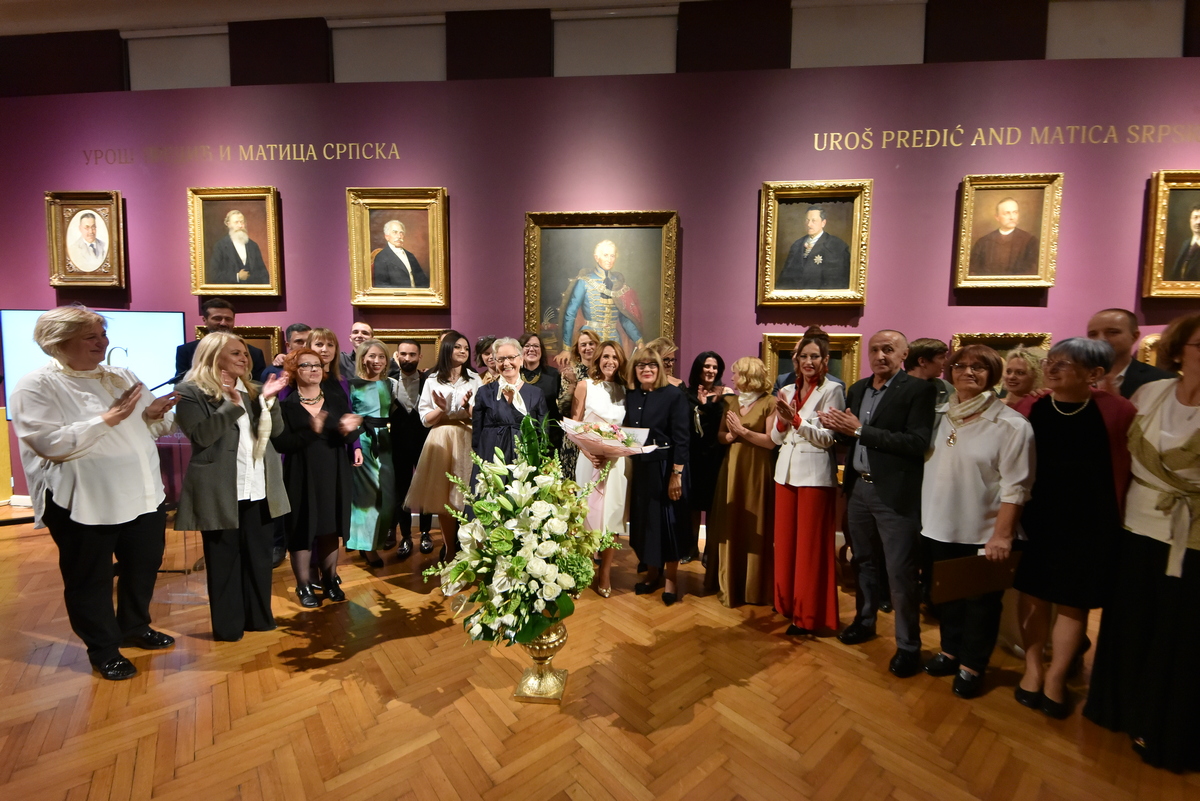 On occasion, Dr Tijana Palkovljević Bugarski, director of the Matica Srpska, gave a welcome speech in front of the guests, followed by Professor Dragan Stanić, PhD, President of Matica Srpska, who gave a speech about the jubilee, while Maja Gojković, Deputy Prime Minister and Minister of Culture and Information of the Republic of Serbia, delivered the ceremonial address.

Dr Tijana Palkovljević Bugarski pointed out the following: “In the year in which the Matica Srpska Gallery celebrates its 175th anniversary, we have created a programme that is a balanced combination of tradition and innovation, thus highlighting the brightest points of our work so far and illustrating the motto we have been following in recent years – „ by respecting tradition, we create tradition”. The figures show the excellent progress that the Matica Srpska Gallery has achieved over the last 25 years. We have managed to make numerous strides and achieve various set goals. We adapted and modernized our building and thus improved the conditions for storing and displaying works of art. We increased our art collection with 3,330 significant works of Serbian art. We staged 306 exhibitions and published 224 publications. Today, we are an institution that, thanks to the dedicated work of generations of experts, has become the pride of the nation”. 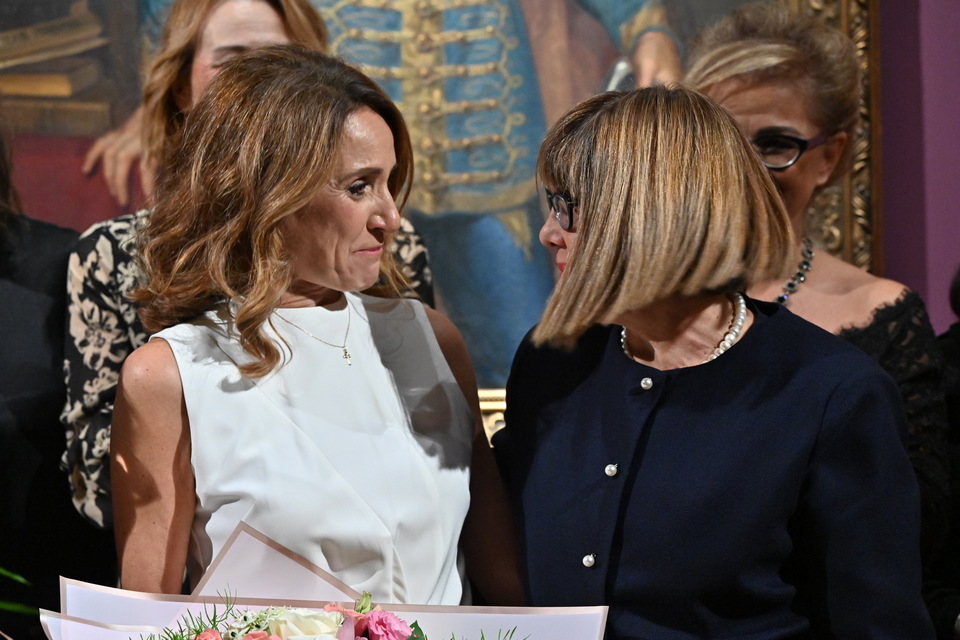 Professor Dragan Stanić, PhD, President of Matica Srpska, began his address with the following sentence: “Thanks to the constant regeneration of the creative energy of the Serbian people, Matica Srpska continues and will continue fostering hope that it will last until the judgement day.“ He then spoke about the history of Matica Srpska, the first educational and scientific institution in the Serbs, underlining that: “This institution (the Gallery of Matica Srpska) is today not only a leader in Serbian museum and gallery activity but has also become a very respectable player on the international level and has received several extremely important recognitions. The Matica Srpska Gallery constantly expands and promotes the very notion of fine art and visual culture in general, so that with such endeavours, our field of creativity and our lives open up to an endless sea of signs that deeply and fundamentally enrich all existence with hidden and obvious forms of meaning itself.”

Maja Gojković, Deputy Prime Minister and Minister of Culture and Information pointed out that it was a great honour and pleasure for her to speak at the Gala Session on the occasion of Gallery Day: “This is a museum that carefully preserves precious cultural heritage and diligently tries to pass it on to current and future generations. The museum’s vivacious life creates the impression that works of art are living their new life here, bringing the respectable past closer to today and creating prerequisites for a better tomorrow. History is the teacher of life, but it is up to us to be good students. A glorious past is a good foundation for the same or at least a similar future. One of the ways towards it is to expand the best that our ancestors left us with the achievements in the modern world. Only in this way will we be able to properly convey all the value of our cultural heritage to the generations to come.”

The Matica Srpska Gallery is a humanist museum that believes in the power of human creativity and the importance of artistic creativity for improving the quality of life and the well-being of society. As an institution, it originated from Matica Srpska and its Museum, which was founded in October 1847, following the initiative of Matica’s Secretary General, Teodor Pavlović, while Sava Tekelija, the first and lifelong president of Matica Srpska, gave the idea for establishing the Museum in 1842. Matica was moved from Pest in 1864, opened to the public in 1933, acquired the status of a special collection in 1947, moved to the current building on Galerija Square in 1958 and in 2022, became the pride of the nation. The extensive activities of the Matica Srpska Gallery and its participation in numerous segments of cultural and social life have made it widely and publicly recognizable. 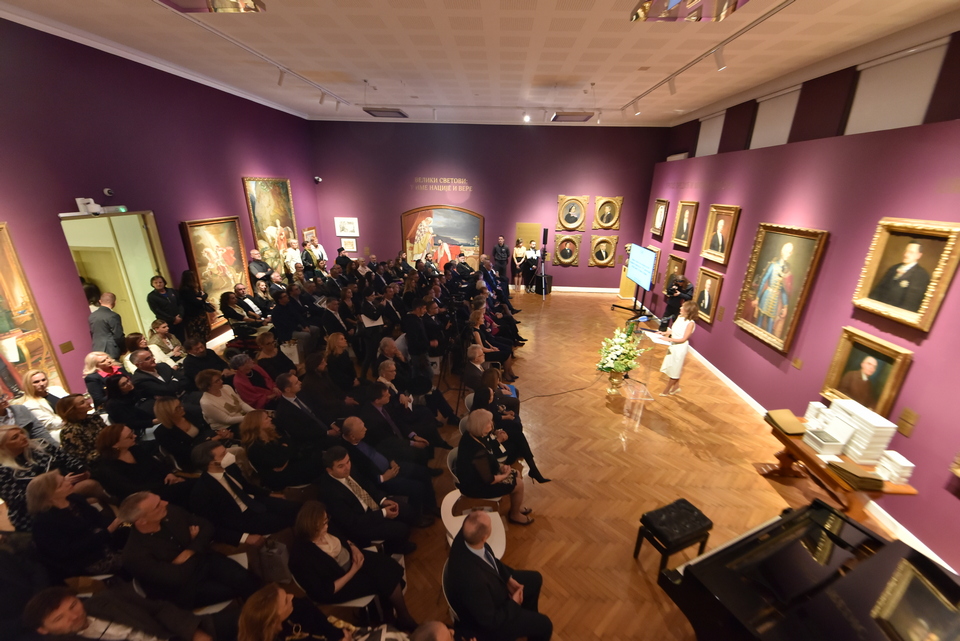 Today, the Matica Srpska Gallery reflects the history of the Serbian people, art and culture, mirroring all the socio-historical, cultural and artistic changes that Serbian society has experienced. At the same time, the Matica Srpska Gallery preserves the memory of individuals with special piety – its founders, collectors, artists, administrators, researchers, and especially the donors who, thanks to their charity, became an integral part of the history of our institution and Serbian culture as a whole. Therefore, in the year when we celebrate our jubilee, we would like to thank all the institutions, companies and individuals who have contributed in the past twenty-five years to make the Matica Srpska Gallery what it is today.

We awarded our colleagues, associates and friends at the award ceremony apropos the jubilee, including guests from the country and the region. Among the many winners from the region, we would like to mention the Serbian Orthodox Church Museum in Szentendre, the National Gallery of Umbria in Perugia, the Art and History Museum in Vienna, the National Gallery of Slovenia in Ljubljana, the Historical Museum of Budapest, the National Art Museum in Timisoara, but also the French Institute in Serbia, the Austrian Cultural Forum, the Italian Cultural Institute, the British Council in Serbia and the Forum of Slavic Cultures. On the occasion, the Gallery of Matica Srpska hosted ambassadors from the countries from which the mentioned museums – winners of the jubilee awards – originate.