Another Eurovision Song Contest has ended! This one proved to be perhaps the most controversial and scandalous in the competition’s history. 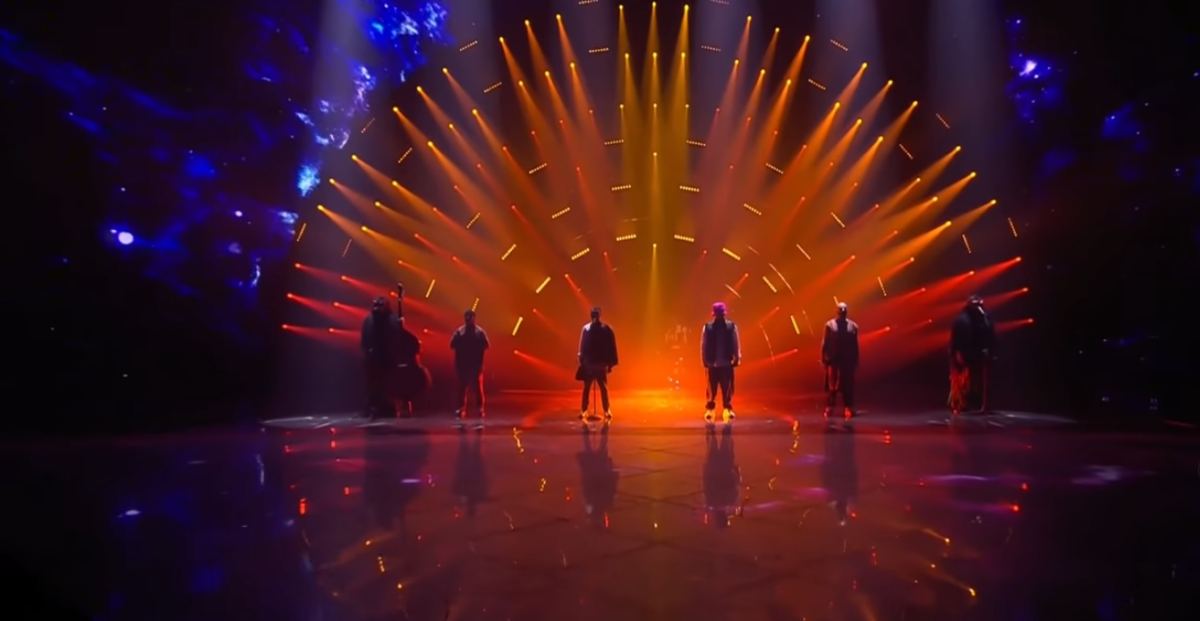 Immediately after the 2022 Eurovision finished, which was politically and TikTok-corporate-like motivated (politics for Ukraine, capital for the UK, politics won, both songs fading into the background), we learn that there may have been a potentially devastating scandal looming. Namely, the EBU (or Eurovision, for laymen) changed the votes of some national juries on its own initiative. You have probably noticed that Azerbaijan, Georgia and Romania did not have a live announcement of their votes, but that an EBU official read the votes of their juries.

The problem is that these were not certified votes from the three juries at all, but completely fabricated votes in the EBU headquarters, because the Eurovision officials did not like the way the national juries from the three aforementioned countries had voted. As if it wasn’t enough that a really great song somehow “forcibly” won, without anyone paying much attention to the beauty of the song because of politics. Ukraine always sends great songs to Eurovision. Just like last year, this year’s entry would have definitely made it to the top 5, but I’m not too sure if it would have won. It seems that, while providing blind support for Ukraine, Western countries voted for anything and everything as long as it came from Ukraine. Those who were on the Russian side in the ongoing conflict were annoyed by support for Ukraine and they did not even notice how good the Ukrainian song was and that it had the makings of an instant hit.

It doesn’t matter if you like the Ukrainian entry, but you have to admit that it does sound like a hit song. “Stefania” is a beautiful and tender song about a mother. I admire Ihor for singing the song three times in five days without getting too emotional because it is so sad and tender. If I were in his place, my throat would shut down at least once if I had to sing about my mother. As for Oleh’s political and military messages, which are still causing a ruckus, it was odd to see all of that at a music festival that traditionally shuns politics.

“As if it wasn’t enough that Eurovision was politically-charged and took sides in a war, annulling votes from national juries was both unnecessary and damaging”

So, the 2023 Eurovision should be held in a country currently affected by the war, but who knows what will have happened by May 2023? It is quite scandalous that Belarus was expelled from the EBU because their television is a “bastion of state propaganda” (fortunately, there are no other countries where television is a “bastion of state propaganda”), and that Russia was not allowed to compete because of the war (yet, certain other countries that attacked Iraq, Libya, the Federal Republic of Yugoslavia and Syria were allowed to compete). Here we find ourselves again in the situation that out of the competing 40 countries (maximum of 43 participated on three occasions, once in Belgrade in 2008), next year, maybe only about 33 will compete. Turkey withdrew 10 years ago from the competition, Bosnia and Herzegovina owes 6 million francs to the EBU, Hungarians and Slovaks have not participated for years, while North Macedonia will probably not return to the competition following the scandal when the country’s representative tossed the Macedonian flag aside on the carpet. To top it all off, the EBU officials altered votes! What good is a jury if their vote can be altered by someone else?

As for the music itself, if Eurovision had lasted another 5 days, Sweden might have won or at least place second. The song was great and it kind of grows on you. Swedes always know how to make a good pop song. The Briton was favoured by the juries this year just like the Swiss entry was last year, but to no avail, as Sam Ryder did not win. Maybe he will achieve great success in the UK. He is already famous enough to perform in prime-time line-ups at big festivals. Spain had a typical summer hit, sung by a beautiful woman called Chanel, in a beautiful language with bearable and rather shallow lyrics. Still, the music was addictive, and there is no doubt that the Spaniards have discovered their formula for victory – the so-called Latino card.

As for Konstrakta and Serbia, maybe it was the best song at the competition, but the politics (read Serbia refusing to impose sanctions on Russia) influenced the juries. Certainly, a good sign for Serbia as a whole! Konstrakta gave an excellent example of how an idea is stronger than money and how it can make money on its own. She united the warring and quarrelling region of the Balkans with her artistic song. Moldova and Zdob Si Zdub were Serbian favourites, second in terms of audience votes. We have been closely following them since 2005 and their Boonika Bate Toba song. They also performed at Exit 2008 and were last to sing on the festival’s Fusion Stage on Sunday. Gypsy-punk, folk, funk = folklore & rock’n’roll. Moldovan Peppers was their nickname. Many performers have tried to imitate them over time, such as Dubioza Kolektiv, but Moldovan folk music is something special. Moldovans are the most musical nation in Europe, and their music is very similar to Serbian. I am glad that that was recognized by the entire Europe.  As far as scandals are concerned, I think that the only solution is to ABOLISH NATIONAL JURIES, like in 2008. It would be a good thing if the Eurovision song contest happens next year providing there is Europe at all.