Currently, Croatia is about to enter the Schengen Zone and start using the Euro as its official currency, whilst Serbia is increasingly moving away from the European Union and turning to Russia, we spoke with the Croatian Ambassador to Serbia, H.E. Hidajet Biščević, about the fear that current events, prompted by the growing divisions between European Union and Russia against the background of the war in Ukraine, might create a new “dividing line” in the Western Balkans.

.How long have you lived in Belgrade? Have you got used to living conditions here, and how do you spend your days in the Serbian capital?

In a month or so, it will be almost three years since I came to Belgrade. Somehow I didn’t even notice that I should “get used to”, as you say, the living conditions here. Certainly, it is different when a person lives here permanently when one is not just a temporary guest or a passer-by, which happened to me often in my journalistic and earlier diplomatic career – living permanently allows you to better notice the differences in our cultural habits and mentalities. However, even with that, the fact remains that we are two peoples who know each other well. I am engaged in politics, so I can’t ignore the fact that the jump from knowing to understanding requires a lot of effort. You have to learn to understand, you have to try to “skip over the past”, so to speak, while not forgetting anything but turning to the future. This “anchorage” in the past, so evident across the region, this recycling of the past, this harmful and unfortunate need by a number of politicians and their media servants to build their superficial careers by conveying the Past even to new generations… I simply do not understand that; I can’t “get used” to the glorification of war criminals, can’t understand, less so accept wearing black shirts in stadiums, shouting slogans of grandfathers of past centuries…

Before coming to Serbia, you served in diplomacy in Tajikistan. In which country is it easier to be a diplomat – in a distant country with a completely different culture or here, in our country, where you are practically at home, in the city that was also your capital not so long ago?

Of course, it is easier in Belgrade – although, as far as diplomatic work is concerned, the work here is extremely demanding and sensitive. Tajikistan was a completely different story – a completely different culture, a kind of mixture of Persian-Islamic and Russian culture, and a unique example where, for instance, the Tajik variant of Farsi, the Persian language, is written in Cyrillic letters! Furthermore, Tajikistan is the poorest country in Central Asia, it has only seven percent of arable agricultural land, and everything else is covered by mountains from 1,000 to 7,000 meters high, lakes, glaciers, and rivers. We are talking about a country that has survived a five-year-long civil war and stands at the crossroads of various external influences and interests, from Iranian to Chinese and Russian. In this regard, the European Union’s development aid for Tajikistan, which, among other things, was dealt with by the EU Delegation I worked for, was of great importance.

Speaking about the relations between Serbia and Croatia, we cannot ignore the so-called small differences syndrome, where intolerance on both sides comes precisely from our similarities. How do you see these small differences? Shouldn’t they bring us closer together?

I think I have already touched on this sensitive topic in my first answer. Once, at least ten years ago, in an interview for the Serbian media, I spoke about these differences. I still remember the title of that interview: “We didn’t break up to go on and keep quarreling“. We need to learn to live like good neighbors, we should not keep shouting old claims and accusations across the fences; we need to overcome that syndrome of mutually feeding extremes that are suppressing the undoubtedly existing energy to get out of the vicious circle of the past. I have already said so many times that, without any doubt, we will continue to live in “parallel histories” for a long time – because our interpretations of history from the creation of the former common state to the 1990s are very different. But, frankly, I do not see the point and the benefit of digging into old trenches. For instance, I do not see the benefit for Serbia if the policy of denying the recent past continues and tabloid campaigns and political targeting at Croatia continue to hold our relations at a standstill. I simply don’t see how social or political life in Serbia could benefit from constantly shouting at “Ustashas”, whilst at the same time, I count dozens and dozens of “Mladic’s graffiti”, just as I don’t see what benefit could possibly Croatia have from black mustaches on the tabloid’s front page.

As a person, I simply cannot get used to the constant recycling of the past and the unfortunate need of a number of politician and their media servants to build their superficial careers on transplanting the past to new generations

But we live in grave times – thus, we need to look at our differences and relations from a broader perspective. The question is should we allow, in the context of possible scenarios after the Ukrainian crisis, a possible new dividing line even across the Balkans, with an emerging new “Iron Curtain” in Europe to be erected between us as well? Or should we do everything to prevent it from happening because of our, as you say, “intolerances”? It’s a really small step from unconquered “intolerances” to a grand geo-strategy that may form an entirely new order in Europe. If he were alive, Churchill would probably rub his hands in delight, remembering his “fifty-fifty” principle for the former Yugoslavia. However, I am confident that such a scenario would not be useful for Croatia or Serbia. Hence our interest and effort to make this whole area, our corner of Europe, truly integrated into Europe as a community of freedom, democracy, and rights, contrary to the politics of force, intolerance, and hybrid, even false democracies.

The official relations between the two countries have been extremely difficult and burdened for a long time, not to say quarrelsome, but when it comes to ordinary life and people, it seems that they have never been better. How do you comment on that?

Sometimes I joke, saying that people are like water – they always find a way. Unfortunately, there seems to be a lack of such “water” in our official relations. In other words, it is difficult to build and improve these relations if we are talking about neighbors who, at least so far, do not fully share the same and clear strategic goals based on which they would focus on solving the remaining open issues, thus “relaxing” relations and send unequivocal messages to our citizens. In this context, people-to-people contacts and cooperation in culture, sports, and other areas are even more valuable.

Economic relations between the two countries have been improving – has the animosity toward Serbian investments in Croatia decreased, and how do we stand now in terms of economic exchange?

I do not see serious obstacles to Serbian investments in Croatia. I know several examples of very substantial investments, especially in tourism. Trade exchange is on the rise, and it didn’t drop significantly even during the coronavirus pandemic. Thousands of Serbian workers stayed or worked in our hotels and restaurants during the tourist season. Thus, looking at the bigger picture, we come to the same conclusion again – a lot of things work well or solidly until we reach the level of those political actors who do not want progress and change because, in my opinion, they would probably have to change themselves as well.

What will the transition to the euro and joining the Schengen area mean for Croatia, and how could it affect Serbia?

First and foremost, the transition to the Euro and entry joining the Schengen area will mark the completion of all the original strategic goals of the state policy since the establishment of independence, and it will mark the definitive anchoring of Croatia in the western civilizational, political, economical and values space. Considering the obstacles we overcame along the way, including the war – because no other country from the former socialist/communist world had to make a transition whilst simultaneously going through the war – it is undeniably a huge success. In a pragmatic sense, the Euro will also mean a greater degree of economic security and will boost exports and, therefore, production. The Schengen area will be of great benefit to our citizens.

The speed of the EU accession depends first of all on Serbia itself, i.e. on fulfilling all the negotiation criteria which will eliminate all “blockades”

For example, here is a simple message to the opponents of EU orientation in Serbia, not related to Big politics, but with a clear benefit for the citizens: take just the issue of “roaming” costs, take the issue of hours on the borders… Will the Schengen regime affect border crossings from Serbia? I don’t believe so, as border crossing controls are already thorough and professional.

Does Croatia have unresolved issues with Serbia that could further stall the process of Serbia’s accession to the European Union?

I don’t like it when people use the phrases like Croatia can “block” or “stop” Serbia’s accession process. I don’t like it because the speed of the EU accession depends first of all on Serbia itself, i.e. on fulfilling all the negotiation criteria which eliminate all “blockades”. For our part, we believe that it is necessary to urgently reactivate and encourage the quick resolution of unresolved issues, from the delimitation of parts of the border, through the remaining issues with the archives and to the most important issue – the issue of missing persons. We still expect the Serbian side to adopt a responsible approach to unblock this immensely sensitive humanitarian issue. 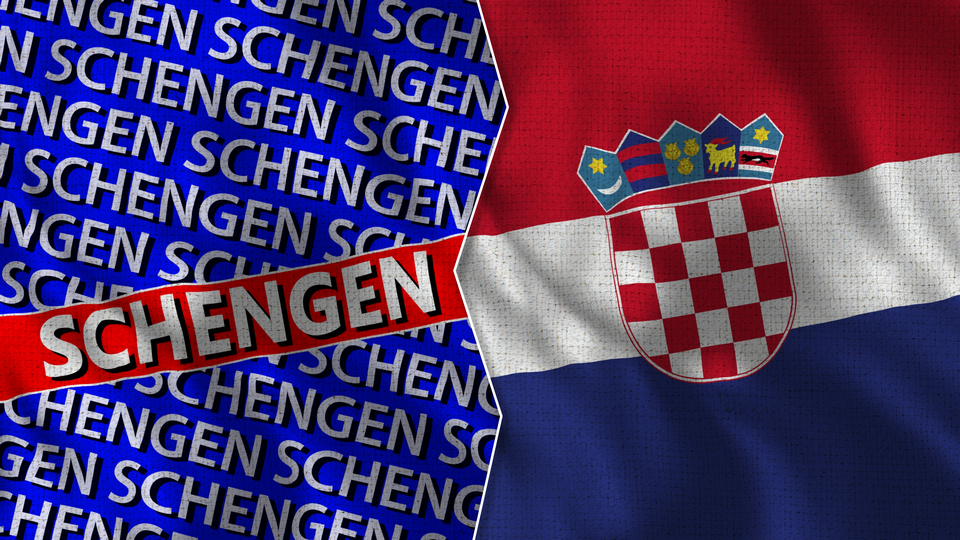