Many people don’t know about Transport Community. That’s why we talked to Mr Matej Zakonjšek, Transport Community’s Director, who revealed some of their most important projects that will help countries from the Western Balkans in joining the EU process. 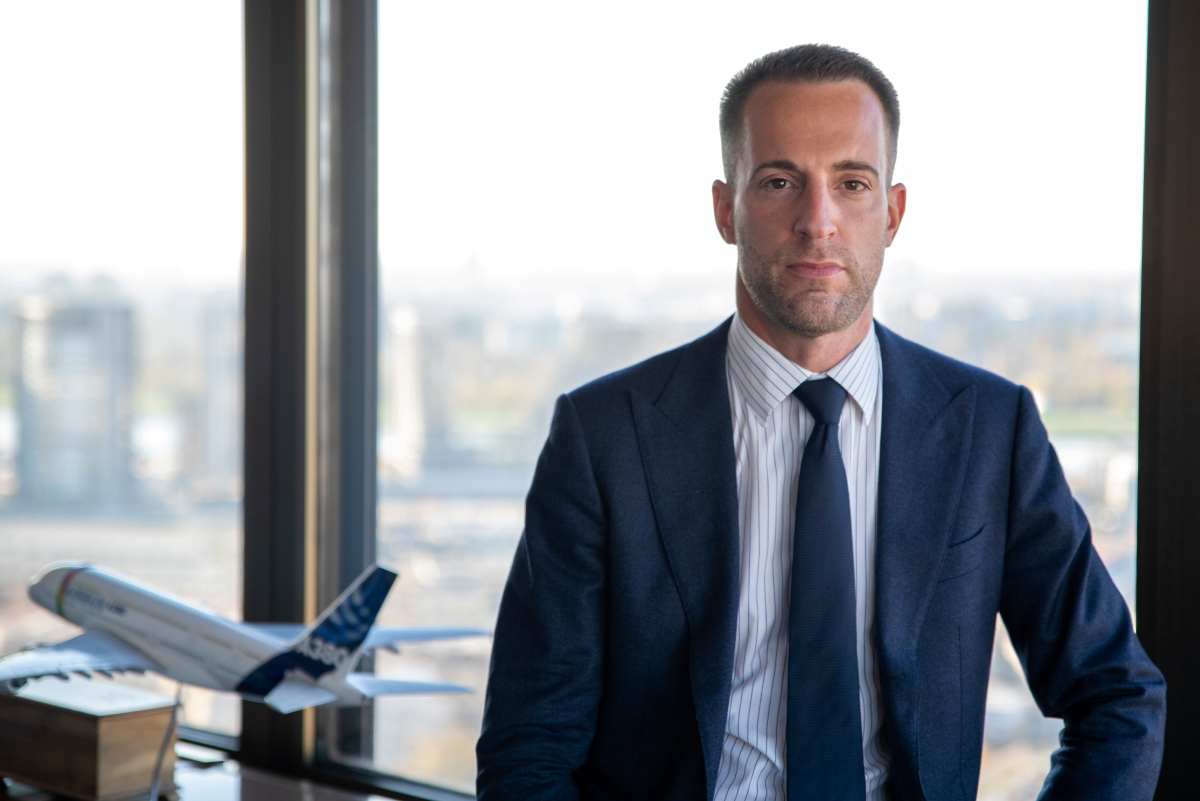 How would you explain to our readers what exactly the Transport Community is and how it is important for the citizens of Serbia and the Western Balkans?

Transport Community is an international organisation the field of mobility and transport. Our membership consists of 33 participants: all Member States of the European Union (EU) represented by the European Commission and six regional partners in the Western Balkans, including Serbia. The aim of the organisation is clear – complete integration of Western ‘Balkans’ transport markets into the EU. In other words, there should be no difference of how transport is organised in Sweden or in Serbia, Austria or Albania. With the ‘EU’s support, we want citizens of Western Balkans region to enjoy sustainable connectivity in the widest sense of the word. We believe that our work in five key areas – rail, roads, waterborne transport, road safety and borders – will prepare the region for EU integration. At the same time, while doing this, we want to contribute to good neighbourly relations in the region, which can be done by better connecting its major cities and creating a sustainable transport network that our citizens can rely on.

Where does the region stand when it comes to investments in transport infrastructure?

Western Balkans is geographically part of Europe, and the EU is its largest investor. Ongoing and future investments in transport infrastructure are implemented in the framework of the European Commission’s Economic and Investment Plan for the Western Balkans. The plan prioritises investments on the indicative extension of the Trans-European Transport Network (TEN-T) to the Western Balkan. Actions are being taken to speed up the construction of new transport infrastructure and upgrade the existing infrastructure to bring the core transport network up to EU standards. Major sustainable transport Flagship projects, connecting East to West, North to South and the coastal regions have been identified, and rail plays a central role in the plan. To further spur regional cooperation and integration, connecting capitals in the region and with the EU is an important priority, as well as the promotion of multimodal transport solutions and modal shift, and reducing transport-related pollution.

I will mention some of the projects, highlighting those with a strong relevance for Serbia. Your rail connections with Hungary and North Macedonia are already being modernised. In particular, the Niš railway bypass in Serbia will be finalised as a priority. Rail links with Croatia, vital in terms of freight and passenger transport, will also be improved. Demining of the Sava River and addressing bottlenecks on the Danube River will improve navigability of these important waterways and improve waterborne transport mode as part of the TEN-T network. Central European capitals will be within easier reach through Sarajevo and links with the Adriatic coast improved. Rail Route 4 linking Belgrade to Podgorica and to Port of Bar will be fully rehabilitated from the Serbian border to the sea, to restore this wonderful train route to its former glory.

Have you returned the railways to the Balkans, as you promised last year? Where is rail transport in the Balkans today, especially compared to the EU?

Rail is one of the most sustainable, innovative and safest modes of transportation. To mark the European Year of Rail in the region, we organised, together with the EBRD and EIB, the First Western Balkans Rail Summit in September 2021. Ministers in charge of transport in the Western Balkans dedicated themselves to taking full part in putting rail back on track. With available funding, coordination among governments, their EU-membership aspirations and the wish to be part of the EU’s transport market, I am sure there will be improvements in the rail system and networks in the Western Balkans.

We believe that our work in five key areas – rail, roads, waterborne transport, road safety and borders – will prepare the region for EU integration

At the moment, there is a big gap between the region and the EU when it comes to rail.  Transport volumes for passengers and freight have had an overall negative trend in the last twenty years, even though investments in rail infrastructure in the Western Balkans during this time amounted to around EUR 2 billion. This is only 11% of total investments in the road sector during the same period. Statistics from Serbia indicate that rail passenger traffic volume is only around 7% of the road (source: Statistical Report in Serbia). These numbers leave a lot of room for improvement, given the potential of rail to speed up economic development and offer citizens a sustainable, safe and fast mode of transport.

However, there are also numerous positive developments. The Belgrade – Novi Sad section, part of rail Corridor X, was completed in March 2022 and is currently the only section in the Western Balkan with the speed up to 200 km/h. In the first six months of operation, the Serbian national railway undertaking carried around 1 million passengers on this section, around 30% of the total number of passengers. Furthermore, construction works on the section from Novi Sad to the Hungarian border began in April and should be completed in 2024. Improvements are also planned on railway line from Nis to Skopje, in line with our overarching goal of bringing rail back on tracks in the region. In summary, to answer your question directly, in terms of political focus and support – we did bring rail back on track. Did the rail system evolve into the desired state of play? Not yet, there is plenty of work in front of all of us, but we are certainly getting there.

How is the implementation of the Green Lane project progressing? What are its advantages and what will it bring to the economy of the Western Balkans?

According to a 2015 World Bank study, waiting time at region’s borders was estimated at about 26 million hours per year. A significant share of these waiting times could be avoided through improved infrastructure and better coordination. The cost for Western Balkans was estimated to be 250-300 million EUR per year. This includes the costs for transport and logistic companies, but also missed opportunities in terms of the region’s economic attractiveness and general competitiveness.

Green Lanes are a great way to address these challenges. They were established at the beginning of the COVID-19 outbreak, as a joint initiative of Transport Community, CEFTA and Regional Cooperation Council to prevent shortages of essential goods and medical equipment. Their launch has proven to be one of the most successful examples of regional cooperation, managing to preserve trade flows, not only for the economic benefits, but also for effective fight against the pandemic.

Within the region, the first- priority truck lane dedicated to the Green Lanes in the Western Balkans was opened on border crossing Presevo-Tabanovce, between Serbia and North Macedonia. This priority lane serves as a green corridor for the agreed priority list of goods. In addition, establishment a well-functioning system on this crossing was facilitated by the so called “one-stop-go” model, introduced in 2021, and now in operation in both directions. Waiting times have been reduced, while export, import and transit of goods have accelerated.

At the moment, there is a big gap between the region and the EU when it comes to rail

This year, the first Green Lane border crossing between Western Balkans and the EU became functional between Greece and North Macedonia. Exchange of pre-arrival information with Greece is now a reality, allowing for targeted risk assessments, and faster controls. This opened the possibilities for further expansion of the Green Lanes initiative to other EU Member States. Just a month ago, the electronic exchange had been agreed by the Customs Administrations of Albania, Montenegro and Italy for the goods transported by maritime transport via the SEED+ system (Blue Lanes).

By establishing the Green Lanes on the borders with the EU, we are bringing the region closer to the EU. This kind of crossings are a steppingstone to even better managed borders and lead to decrease of waiting times for passengers and freight. I really expect that other neighbouring EU Member States will build on the positive examples I mentioned, and that the concept will be applied to all border crossings between the region and the EU.

Last year you launched a traffic safety campaign related to raising awareness about the safety of level crossings. How would you rate this campaign today? How successful was it?

Our regional campaign “”It’s a Thin Line” aims to increase the safety of intersections of railways and roads in the Western Balkans, was very successful. It addressed a serious issue in the region – 59% of collisions at railway crossings result in fatalities and severe injuries. I am pleased that in all six regional partners, we encountered the full support of the authorities to tackle this issue. By joining forces, coordinating our actions and having a region-wide approach to increase public awareness, we can decrease the number of accidents on rail level crossings towards zero by 2050. The campaign targeted a wider audience via animated videos, dedicated events and printed materials. It is part of “soft” measures to raise all traffic participants’ awareness about the dangers of improper crossing of road/rail intersections.

In parallel, the Transport Community is supporting the regional partners in Western Balkans to improve the infrastructure, to procure safety equipment and install proper signalling on level crossings. Mapping of priority railway crossings in the region was done with EU’s support and all six regional partners participated. The Prioritisation Report which was produced as a result of mapping exercise can now be used in the process of obtaining appropriate financing from relevant financial institutions, in order to improve the condition of most critical level crossings in the region. 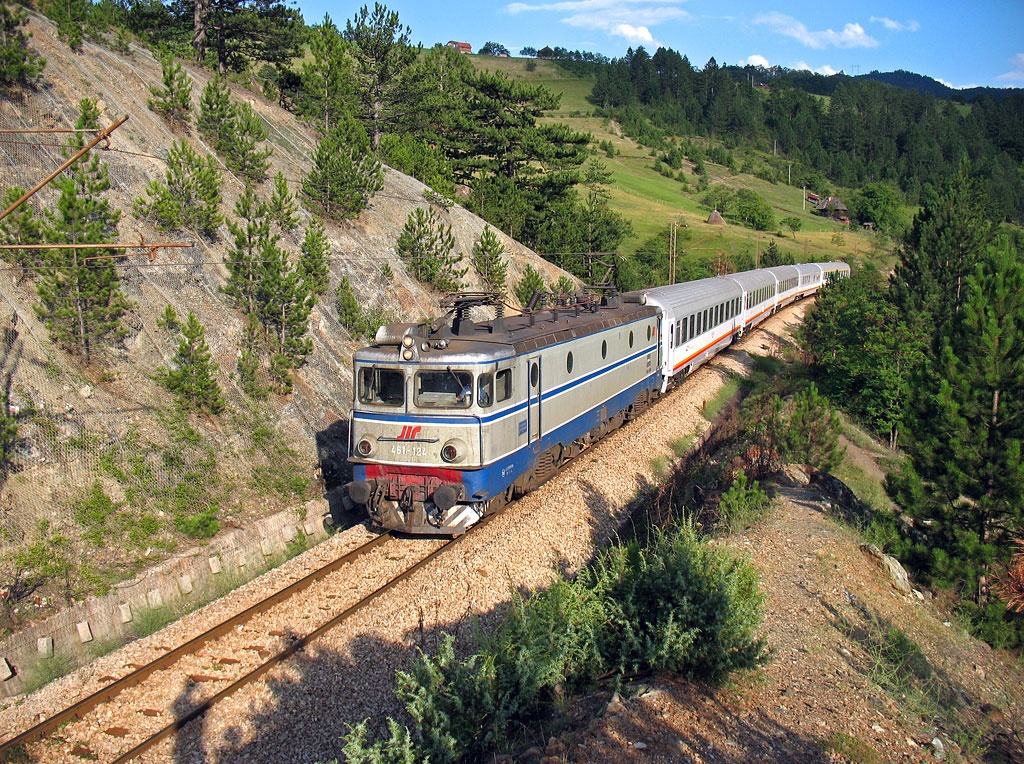