After more than two years, New Moment came home. In its style – with a big party for the media, clients and friends of the house! Except their house isn’t the same anymore. New Moment grew, and with it grew Hilandarska 14.

At the same address, but in the new rucksack, in the famous 14, the home of the most creative ideas, where art merged with advertising, came back New Moment with all its people. New and old.

Because maybe some jobs can function without human synergy and energy, but marketing agencies, which breathe creativity and have ideas as the strongest currencies and people as the best assets – are a little more complicated. Therefore, in the glory of creation and the continuation of the birth of innovation, in its new building, the Agency New Moment organized one in a series of parties that promote the basic values on which the business of all creative and credible agencies and companies rests – the belief that good ideas can change the world.

“The specific atmosphere and spirit of New Moment have always been our ‘differentia specific’ and something that distinguished us from other agencies. It is a tradition that we want to continue and convey the spirit of collectivism and our passion for business and this new building. We think that with this party we have taken the first step towards that goal,” said Žarko and Lazar Sakan, owners of The New Moment agency. 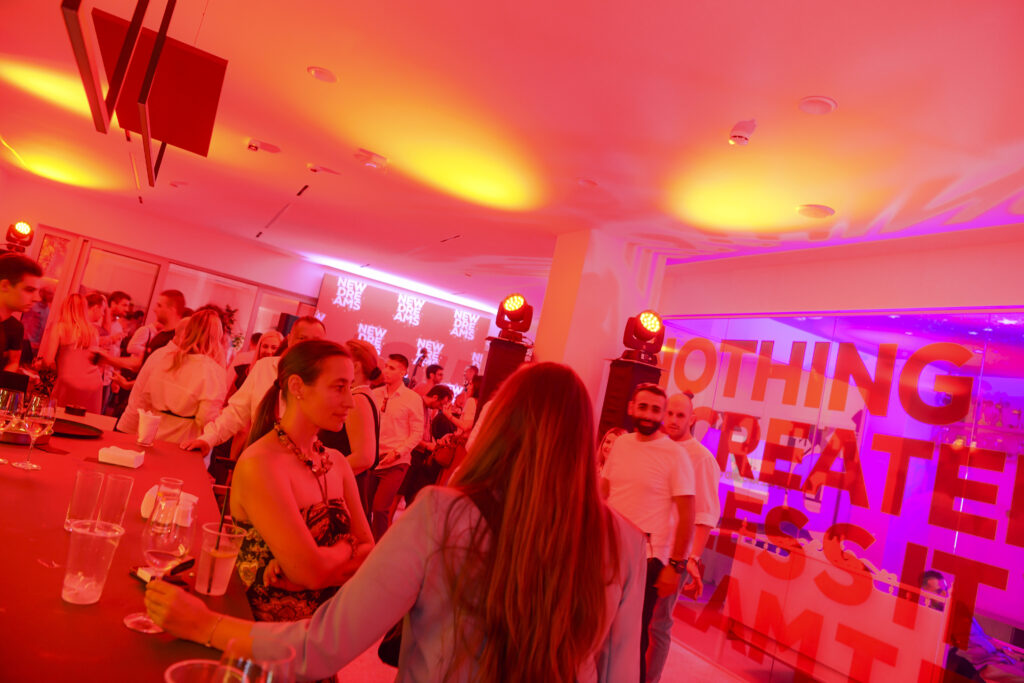 After 40 years of a long tradition of New Moment, an agency founded by Dragan Sakan, a pioneer of advertising in the region, his soul still lives in the New Moment, operating on the wings that he founded – that he is best seen with his heart and that nothing can be achieved if it is not first realized. New Moment’s creative cuisine has always been where the best flavors came from, so expect a lot more from their eclectic menu of ideas.