Retail park developers in Serbia wisely choose the phased construction and opening of facilities, which contributes to stable growth and development.

The popularity of retail parks is growing year on year. The concept whereby consumers can find several attractive shops in one place and at the same time, have no problem finding a parking space is a winning combination. With a wide range of products and services and good traffic connections, retail parks provide customers with comfort and significantly reduce the stress of shopping that many feel. In addition to various clothing, footwear and sports equipment stores, there are also large supermarkets, furniture stores, pet food and equipment stores, as well as cafes and playrooms in retail parks.

In contrast to the closed shopping centres that are usually built in cities, retail parks are springing up on the outskirts, not far from transit roads, which is why customers decide to visit them, rather than just stopping by them if they are on their way. The very concept of these shopping oases is such that it motivates customers mainly because shoppers can find everything they need at that moment in one place, including a parking space.

The data from three years ago show that retail parks account for more than a third of the square footage of the total sales space, and this trend is constantly growing

In terms of investing in retail parks, Serbia is, according to real estate experts, on a constant upward trajectory. The data from three years ago show that retail parks account for more than a third of the square footage of the total sales space, and this trend is constantly growing. It is also interesting to note that retail park developers are guided by a smart strategy to build and open gradually. They don’t go for large and oversized buildings, but carefully listen to the market and are resorting to phased-out construction and opening.

The pandemic actually contributed to the increased popularity of retail parks, as customers were more likely to shop in places that are open due to fear of the spread of infection

There are numerous retail parks in Serbia, not only in big cities but throughout the country and in smaller areas. Despite the economic crisis and the ongoing coronavirus pandemic, the construction of retail parks has not slowed down. The sales volume has decreased due to the crisis and the pandemic, but while the sales figures in shops are bad and have not yet reached the pre-pandemic level, it is higher in retail parks and shopping centres and has completely recovered. It is interesting to note that the pandemic actually contributed to the increased popularity of retail parks, as customers were more likely to shop in places that are open due to fear of the spread of infection.

What is often overlooked is the share of warehouses and logistics centres in this construction niche. It is only logical that retail parks attract the biggest interest because they are oriented toward the end user – customer, but on the other hand, in this sector, there is an even greater demand for the construction of new logistics centres and the expansion of existing ones. We are witnessing an incredible transformation of the area along the Šid motorway stretch, in Dobanovci, Šimanovci and Pećinci, and near the Ruma junction. Hangars and warehouses are springing up on this stretch at an incredible rate. 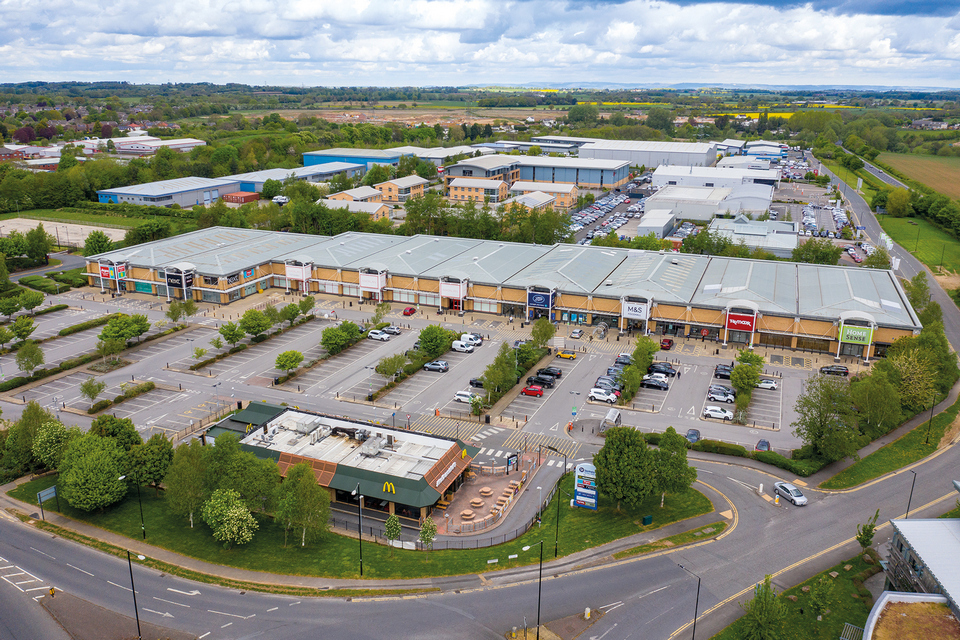 Not far from the IKEA department store in Bubanj Potok near Belgrade, next to the motorway leading to Niš and right after the big interchange where the motorway intersects the Belgrade ring road, lies the newest retail park in Serbia – the AVA Shopping Park. Swedish IKEA is the Park’s developer, while the Novaston Company is entrusted with its management. AVA Shopping Park has a sales area that spans about 19,000 square metres, where you can find shops selling over 30 domestic and foreign brands. The park was opened in late May, right after the completion of the first construction phase. The second construction phase is due to be completed next year, after which additional 10,000 square metres will be added to the Park.

The new retail park under construction in Leskovac brings a completely new concept to the Serbian market. It is presented as the largest shopping centre in Serbia south of Belgrade, and it will be a town within a town. What will distinguish it from other retail parks in Serbia are the amenities related to the entertainment industry. In addition to catering establishments and children’s playgrounds, the park will also have a Dino park, a stage for performances and concerts, gatherings of old-timers, and an ice rink. The architecture will also stand out from other similar buildings as it will be a mix of urban and industrial styles, as the developers have kept a large number of buildings owned by the former Leskodrvo factory, in which location this park is being built.

The Go Shop Retail Park, currently under construction in Ruma, will be located at the very intersection of the Novi Sad – Ruma – Šabac main road, and near the future intersection of the Fruškogorski Corridor. It will span 3.2 hectares, while the building itself will have 12,200 square metres.

It will house about 30 shops which have already been leased out, including the most famous brands operating in Serbia.

Construction of the second phase of the Nest Shopping Centre in Obrenovac is underway. This retail park opened to customers in late May, after the completion of the first phase. The developer is the Czech company RC Europe, and the Park’s official opening was attended by the Czech ambassador to Serbia, Tomas Kuchta. RC Europe has been opening retail parks in Serbia since 2017. The first one was opened in Kraljevo right next to the new sports hall in that city. In addition to Obrenovac, the company also plans to open retail parks in Vršac and Užice.