The company Lidl Serbia conducted a campaign by the name of “Small deeds are a great thing”, during which consumers bought and donated essential food products as well as products for home and personal hygiene worth over 2.200.000 dinars, which the Red Cross of Serbia will distribute to its beneficiaries. In addition, the company donated appliances worth about 1.100.000 dinars to equip the Serbian Red Cross kitchens 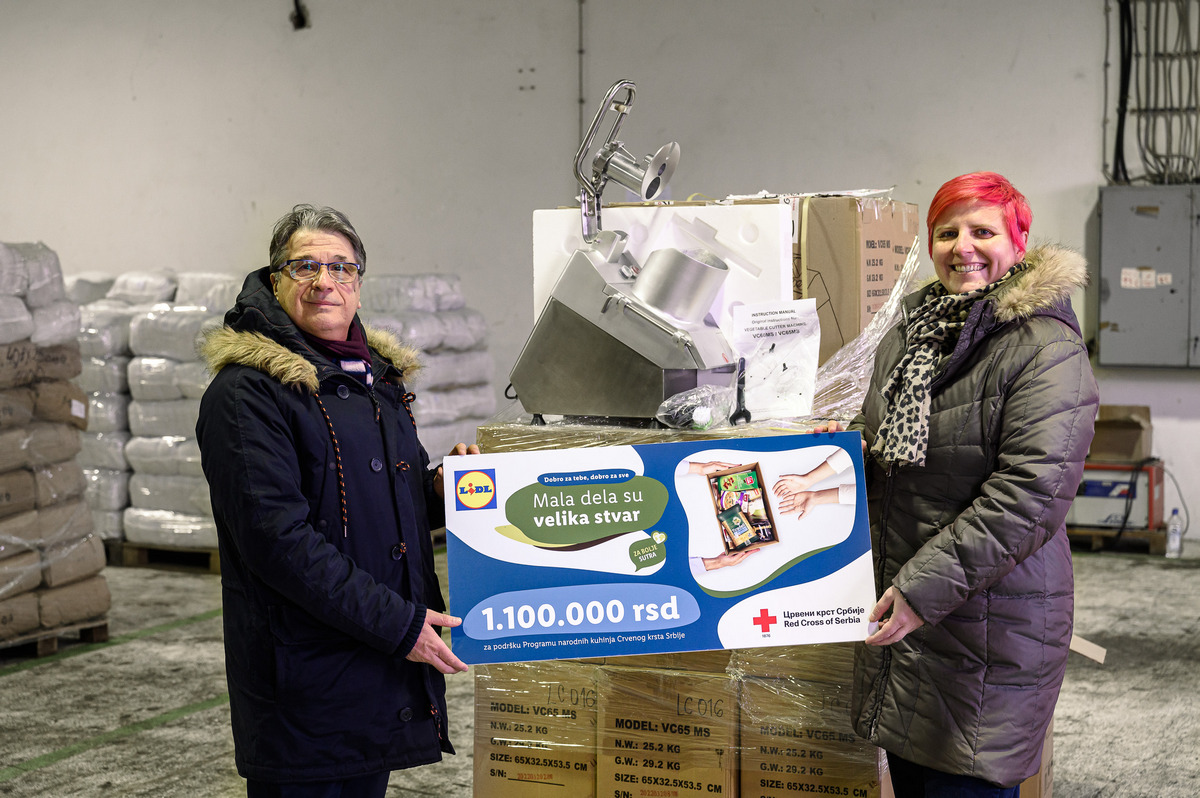 A large number of citizens joined the donation campaign in Lidl, across more than 35 cities of Serbia, but the residents of Jagodina and Kragujevac, where the most products were collected, stood out in particular. In the period from November 21 to December 11, in which this campaign was conducted, consumers in Lidl stores donated the most essential food products such as flour, rice and pasta.

“We are thankful to all of our consumers who once again showed their humane and benevolent side. In addition to the collected food, by donating industrial choppers for 15 soup  kitchens in Serbia, where individuals often receive their only meal, we will help around 2.5 thousand families“, said Martina Petrović, Head of Corporate Communications of Lidl Serbia.

This year’s campaign “Small deeds are a great thing” was third in a row that was being held before the holidays and was identical to the previous ones, bringing success and providing support and meals for thousands of our fellow citizens. The donated food was taken over by the Red Cross of Serbia, which has been supplying help to the most vulnerable among us throughout its long history of 146 years of existence and work.

“We thank our friends from Lidl Serbia for the initiative and the opportunity to once again jointly organize this important action of solidarity. We owe special thanks to the citizens who joined the action by purchasing one of the recommended products. Together, we will make the lives of the most vulnerable among us easier – families who are often unable to meet even the basic needs of food and maintain personal hygiene. We believe and hope that this example of a socially responsible company will encourage others to come up with similar actions in their own way and thereby contribute to our community,” said Ljubomir Miladinović, Secretary General of the Serbian Red Cross.

The campaign “Small deeds are a great thing” provided support in the amount of over 3.000.000 serbian dinars to the beneficiaries of the Red Cross of Serbia. In this way, around 9.000 families, who recieve help in local soup kitchens, will have somewhat more pleasant holidays.