The Serbian Philanthropic Forum and the Coalition for Charity presented in Kolarac on the occasion of the fifth National Giving Day on October 9 in recognition of individuals who significantly enriched the culture of Serbia through the formation of legacies. 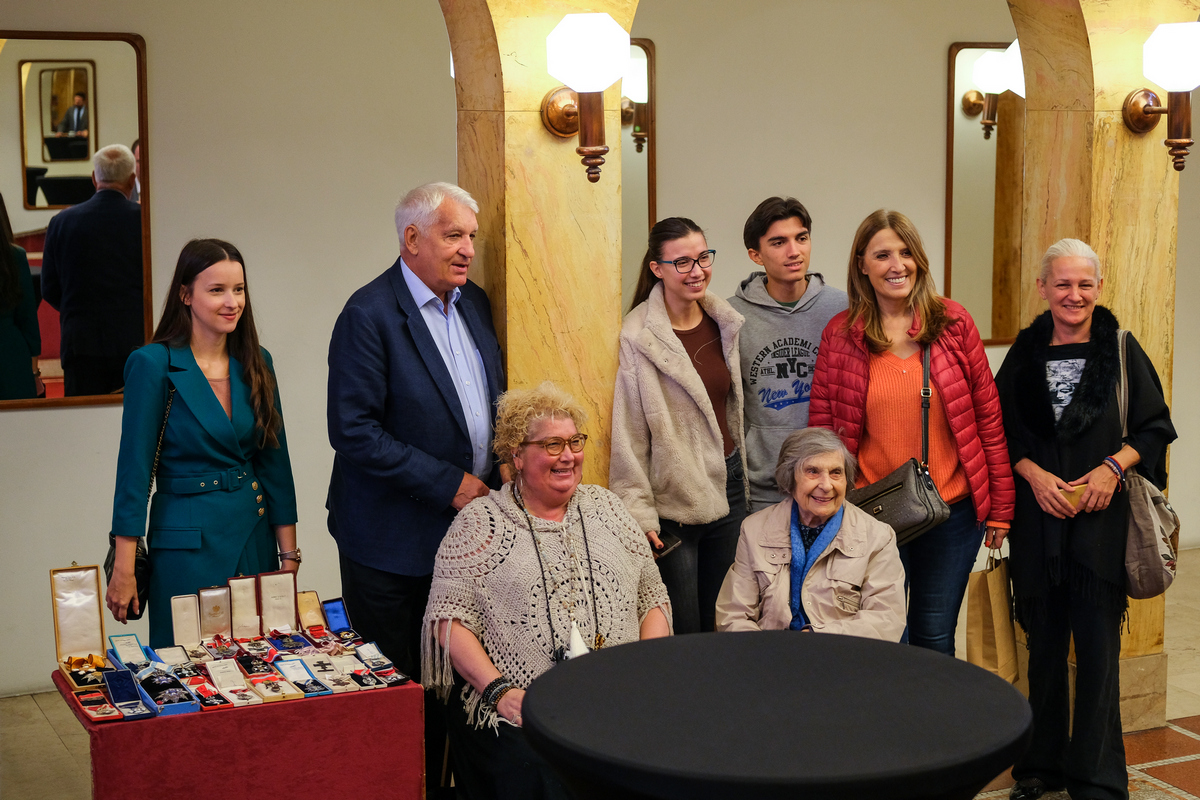 “This is the first time that a specific group of donors – founders of legacies in a cultural institution – is being rewarded. It is an extremely important and unfairly neglected segment of our culture, but also of charity,” said Veran Matić, executive director of the Serbian Philanthropic Forum.

On the plaques that were handed to the donors, it was written: “for the charity shown, for the gifts that marked modern giving in Serbia, for selfless support of culture in difficult times”.

The prizes were awarded at the proposal of the Association for Culture, Art and International Cooperation Adligat for legacy units located within the House of Legates, as well as the Museum of Books and Travel and the Museum of Serbian Literature of this association.

The National Day of Giving was established five years ago at the initiative of the Serbian Philanthropic Forum and the Coalition for Charity and was celebrated for the first time in 2018, on October 9, the birthday of Mihajlo Pupin, a great Serbian innovator and philanthropist, under the auspices of the Prime Minister of the Republic of Serbia.

This year’s recipients of the Fifth National Day of Giving Donation Award are:

Danica Leko – gifted by the legacy of the Leko family, an Aromanian family who gave Serbia ten PhDs and whose activities shaped the cultural and scientific life of the capital during one and a half centuries. Danica Leko, in addition to the rich family library and archival material, donated the original letters of Sava Šumanović and the furniture of Queen Natalija Obrenović to the Adligat Association, which are part of the permanent exhibition in Adligat’s museums.

Stevanka Češljarov – journalist and actress, wife of Milan Vukos, thanks to whose engagement as many as 12 legates arrived at Adligat, including the legates of Ivan Bekjarev, Pavle Zorić, Ruzica Sokić, Ivanka Lukatelli, Donka Špiček, etc. Most of these legacies would never have been formed without her initiative and work on their creation.

Milo Ilić – gifted by the legacy of the father of the SFRY ambassador Ante Ilić, which contains 117 original objects of pre-Columbian art between 600 and 2800 years old, ancient Inca clothing a thousand years old, Indian musical instruments and peace pipes about 1500 years old, as well as an extraordinary collection of Haitian naive of art with 32 works.

Hiroshi and Kayoko Yamasaki Vukelić – university professors and translators who formed a legacy of thousands of books, mostly brought from Japan. The gift of the legatee and library of Hiroshi’s father, journalist and intelligence officer Branko Vukelić, Richard Sorge’s closest associate, whose activities contributed to the faster decline of Germany in World War II, is particularly significant.

Tanja Kragujević and Vasilije Vince Vujić – donated hundreds of books for the legacy in Adligat, important archival material including letters from Uroš Predić, as well as objects from the legacy of photographer Stevan Kragujević and one of the biggest Serbian benefactors in culture, landowner Joco Vujić. Among the donated items, the collection of original weapons and tools used in the First Serbian Uprising, the sabre of one of Karađorđe’s dukes, as well as an extremely rare silver ring forged on Novi Brdo in the 14th century, stand out. In addition to Adligat, this married couple is also a donor to the Museum of Yugoslavia and the Museum in Senta.

Darko Tanasković – donated a bequest with thousands of books, the best collection of Arabic studies and Turkology in the region, collected for five decades. In the legacy, the diplomatic suit and tailcoat, the medals received, the rarest Arabic-French dictionary from 1874, and the dedication of Orhan Pamuk stand out. 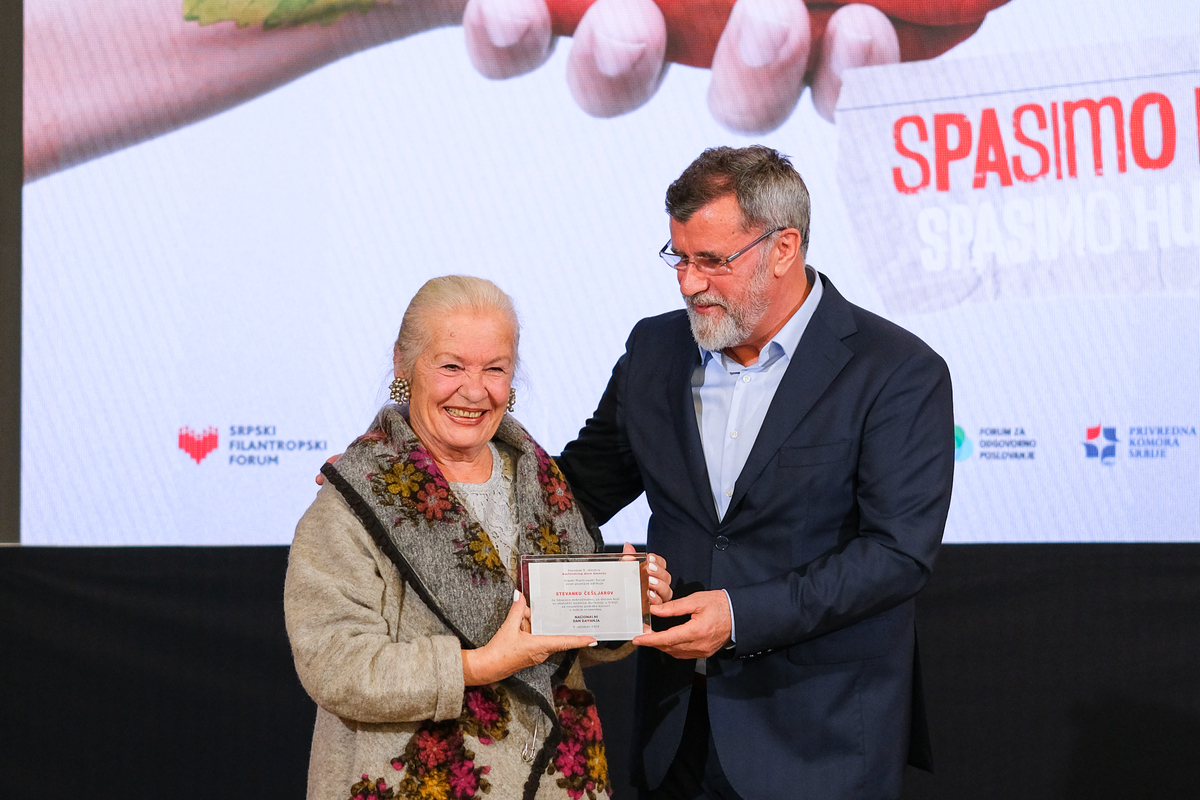 Among the foreign citizens who supported Adligat projects in culture, the following were awarded:

Alba Holeman from the USA – donated 10,000 books and paid for their transport from New York, one of the best collections of books in the world about ancient Greece and Rome

Herbert Starmüller from Austria – so far sent 50,000 books that Austrian bibliophiles collected for Adligat on his initiative and, in his organization founded a branch of the Adligat Association in Austria at his own expense

Brigita van Kahn from Germany – the journalist of the Frankfurter Allgemeine Zeitung, secured and organized the transfer from Germany to Belgrade of several important legacies of German intellectuals, secured the support of the German foundation Mara and Holger Kassens for Adligat projects, and in the most difficult moments for the association’s work sent material aid to the association. 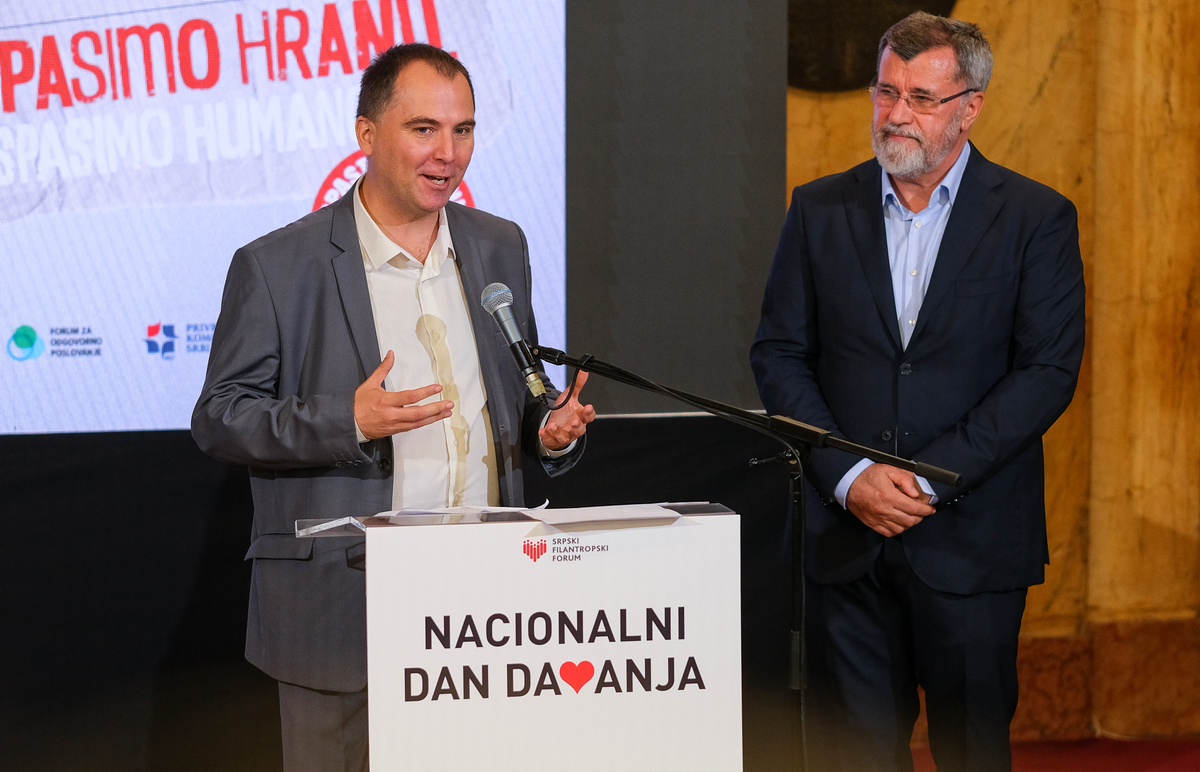