Along with the fascinating play “Miss Julia”, the Bitef audience will have the opportunity to see the work of Žiga Divjak, a new theatre big shot who has stirred up Slovenia’s theatre scene. The far-famed National Theatre of Hungary is coming to Novi Sad with the acclaimed “Wojcik”, and the festival will also feature the play “The Kafka Machine”, staged by the Serbian National Theatre. 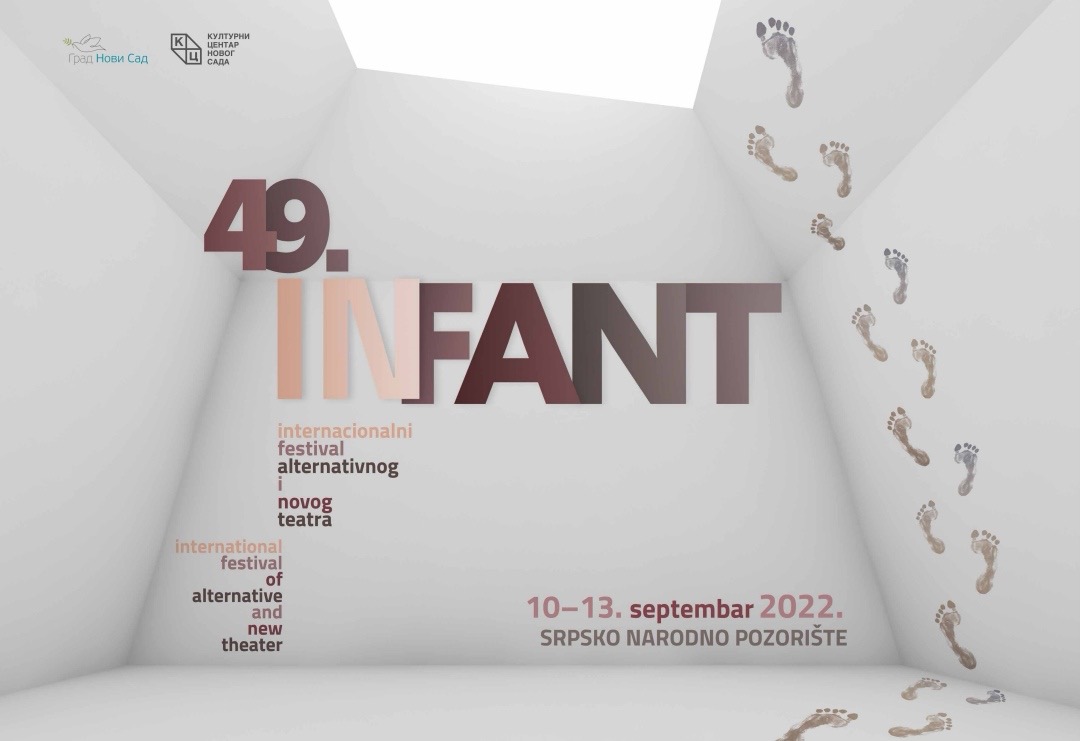 One of the world’s most important theatres, Vienna-based Burg Theatre, which many would agree is a ‘Real Madrid’ among theatres, is coming to Novi Sad this September.

The upcoming 49th INFANT (The International Festival of Alternative and New Theatre) will be opened on September 10 with the fascinating play “Miss Julia”, directed by Mateja Koležnik, featuring actors who are pushing the envelope in acting and talent. Vienna’s “Miss Julia” is one of the theatre’s newer plays and it premiered last year.

A day later, the National Theatre of Hungary will stage its critically acclaimed play “Wojcik”, with a plethora of exceptional young actors. The provocative Attila Vidnyánszky Jr. is the director.

The following day, September 12, the Novi Sad audience will have the opportunity to see the work of Žiga Divjak, a new theatre star in Slovenia, who has conquered the Slovenian theatre scene with his theatrical aesthetics. In tandem with the playwright Katarina Morano, he created the play “Talog” in the Municipal Theatre of Ljubljana, which focuses on topics that uniquely affect us. “Talog” has been given thumbs up by notoriously difficult-to-please Slovenian critics.

On September 13, the finale of the 49th INFANT will be rounded off by the local theatre forces – the Serbian National Theatre with its play “The Kafka Machine”, directed by Veljko Mićunović.

We must defend freedom

Speaking about why the selected plays are to be showcased at this year’s INFANT, the festival selector, director Aleksandar Popovski, says:

Contemplating which plays to select and which approach to assume, we decided to play it big instead of playing it safe. We set ourselves a task that is not at all simple – to bring big productions and big theatres here. We wanted to show that even in these historic moments we can organize guest appearances that will be remembered not only for their quality but also for the creation of myths.”

Popovski goes on to say:

“A myth is a story about something that has forever marked a certain time, space, and people. A myth is an ingredient that makes some food different from the rest; a myth makes us remember a certain time by certain music in a sea of various others.

In the last century, we won unconquerable freedoms. In all fields… National freedom, civil freedom, women’s rights, minority rights, the rights of the disenfranchised, the right to eliminate hunger and poverty, democratic rights… And every right that seemed to belong to us in the 21st century. The first twenty years of the new century showed us that we must learn to preserve all the freedoms we have won over. Freedom is something we must defend. As a poet once said: “Freedom is not God’s seed, so it is just handed over to you.”

Popovski also reminds us that he found the main inspiration for this year’s INFANT in between the concepts of myth and freedom.

“To give the festival something special, unique, mythologically unique. To set the festival on the path of defending theatrical language and art. To avoid the trap of actualization at all costs and stick to the theatrical course and language,” says Popovski about the crucial ideas behind the festival.

“I admit that I was extremely subjective in my selection – both when it comes to the authors and theatres I chose. For a long time I have been following the events in two cities that are very close to us and in which theatre culture occupies a particularly high place – Vienna and Budapest.

These two cities have theatres with a fantastic tradition and great production, like the Burg Theatre from Vienna and Nemzeti Szinhaz from Budapest. First, we started with the most difficult and almost impossible mission – to bring the Burg Theatre. We are going to stage Strindberg’s “Miss Julia”, directed by Mateja Koležnik. Mateja has a special poetics and by hosting this top Viennese theatre and its rendition of the play, INFANT provides a window into the world.

As for the National Theatre of Hungary, I have seen its quality with my own eyes. It is an ensemble in fantastic form, while their performances are very exciting and wild. They come to us with “Wojcik”, based on Bihner’s text and directed by Attila Vidnyánszky Jr. The play will feature the best young actors from this theatre,“ says Aleksandar Popovski, who will also introduce the extraordinary Žiga Divjak to the audience in Novi Sad.

“At the moment, Slovenia has a completely new generation of authors who bring a very authentic manuscript to the stage. Director Žiga Divjak and the playwright Katarina Morano occupy a special place among them. This tandem already has several exceptional projects behind them, with their play “Usedline” (“Precipitation”) being their last in a series. It comes to us from the Municipal Theatre of Ljubljana, which has recently been trying to promote young authors more.“

Novi Sad and the Serbian National Theatre with the play “The Kafka Machine” has been added to the combination of the three cities and their theatres and all of them have something special to say. The play is directed by Veljko Mićunović. To stage Kafka in the theatre, to include several works in which the common hero is at odds with society, and to make a performance that is exciting and comprehensible to the audience, is a great challenge,” Popovski adds.

„As for the accompanying programme, this year’s INFANT is scheduled for a public reading of Dejan Dukovsky’s latest play – “The Last Balkan Vampire” – written in a time when certain aspects of our society are rearing their ugly head again. It is actually a satirical mythological tragedy,“ Popovski explains and adds that the upcoming festival will feature strong performances and will facilitate meetings with authors who have left a special mark on the present era, with their work. „Festival director Tijana Delić should also be credited with their arrival in Novi Sad,“ says the INFANT selector.

An impressive view of theatrical Europe

Speaking about the festival, which brings to Serbia, among others, one of the most important theatre companies in the world, festival director Tijana Delić says that this year’s selection will provide the audience with a truly impressive view of European frameworks and standards of art.

“The essence of INFANTa is to point to new theatrical forms, to question artistic theatre’s boundaries, to push them forward, and to highlight the production and aesthetic criteria over and over again. That’s exactly why I believe that INFANT must be free of commercialism and general daily consumption, and contemporary in the spirit and actions of today’s audience,” she says, while extending an invitation to the theatre audiences to come to Novi Sad and „see four brilliant plays by authors who push the boundaries of theatrical art.”

The best plays of the 49th INFANT will be decided by a jury consisting of the award-winning Croatian actor, Ozren Grabarić, the rising star in theatre direction, Sonja Petrović, and the young playwright Nikolina Djukanović.

Tickets are available from August 18

All performances start at 8 p.m., except for the Burg Theatre performance, which starts at 6 p.m. Due to the unique way the plays are staged (the audience sits on the stage with the actors), only one hundred people can watch the play of the Hungarian theatre.

Advance ticket sales for the 49th INFANT start on August 18, at the box office of the Serbian National Theatre.