St. Andrew’s Day, the Scottish national holiday, was celebrated at the residence of the British Ambassador in Belgrade with traditional music, Scottish specialities and whiskey 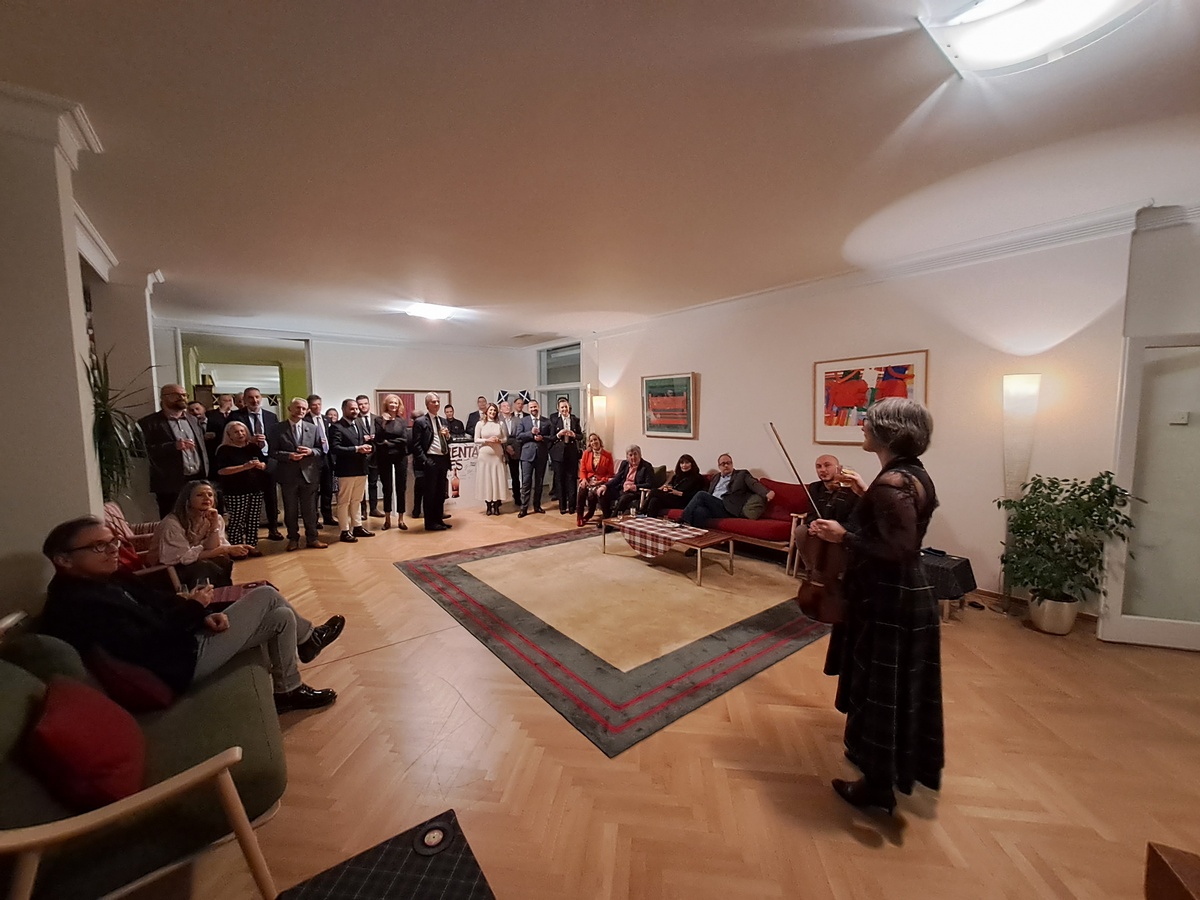 Ambassador Sian MacLeod performed several Scottish folk songs live on the violin. Thanks to the support of the G3 Spirits company, the guests had the opportunity to try the popular whiskey brands “Glenfiddich” (12, 15, 18, Experimental) and “Monkey Shoulder” in addition to Scottish specialities.

The party was attended by representatives of the Scottish business community in Serbia and their local partners, as well as individuals from cultural and public life, who have active professional or personal ties to Scotland, among them the decathlete Michal Dudaš, former “Glasgow Rangers” footballer Dragan Mladenović, art artist and actor Uroš Đurić and many others.