Like the first three Swiss cantons that signed an alliance more than seven centuries ago, the Swiss still share common interests and values and are stronger together. This was one of the messages that marked yesterday’s ceremony of celebration of the 731st birthday of the Swiss Confederation. 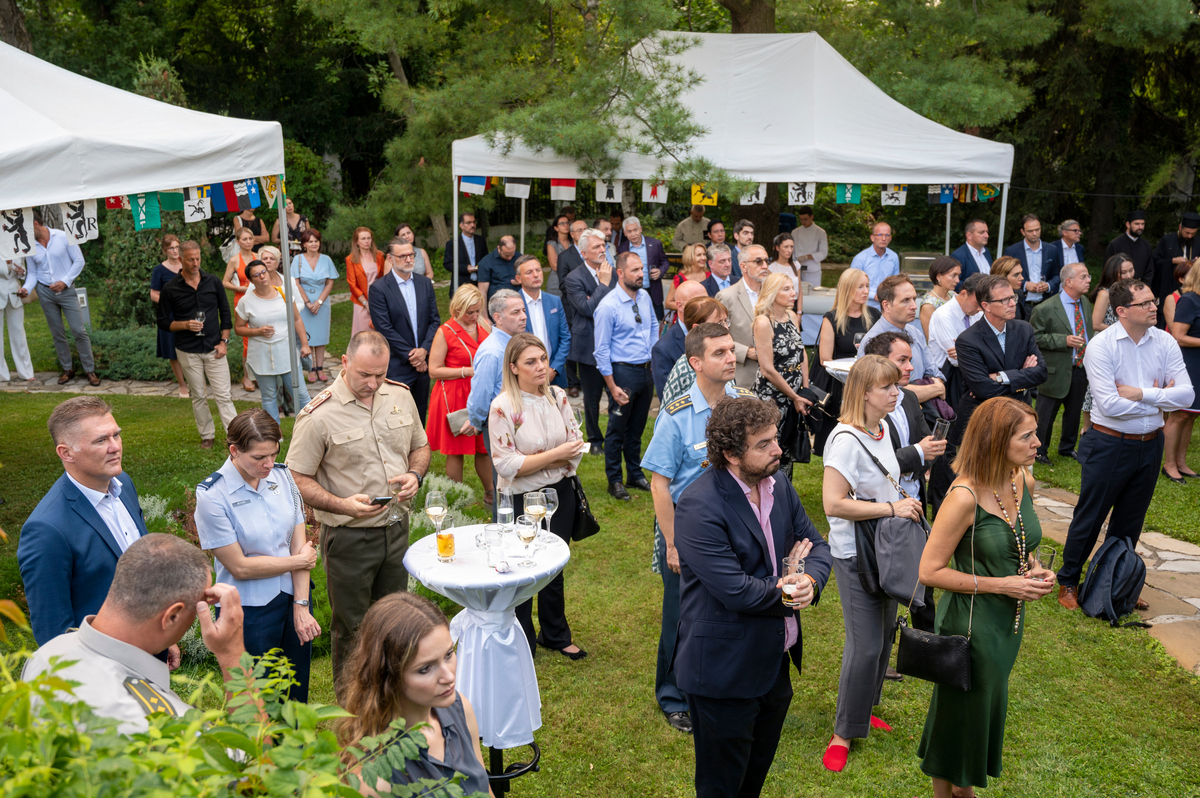 The Reception gathered representatives of the Serbian Government, Orthodox and Catholic Church in Serbia, foreign diplomatic missions in Serbia, Swiss and Serbian business community, media, and culture. For the second part of the evening, the Swiss colony in Serbia was invited to celebrate their national day at the Swiss Residence.

At the official part of the event, guests were addressed by H.E. Mr Urs Schmid, Ambassador of Switzerland to the Republic of Serbia. The ambassador recalled the motive for this celebration – the signing of the pact of alliance between the first three Swiss cantons seven hundred and thirty-one (731) years ago, which led to the creation of the Switzerland we know today. He highlighted that the Swiss share neither a common language nor the same religion, but the Swiss national identity is forged on a few widely shared notions of freedom, federalism, solidarity and neutrality, which constitute also important guidelines of Swiss Foreign Policy.

The Program was enriched by the performance of Ms Gabrijela Ubavic Baumgarten, a famous lyric coloratura-soprano opera singer that performed both Swiss and Serbian National Anthems a Capella.

Ambassador Schmid reminded those present of the close relations between Serbia and Switzerland. “There are more than 130’000 people with Serbian roots currently living in Switzerland, which not only contribute to the social and economic fabric of the country but also turned our two countries into close neighbours”, stated Schmid.

After the official part, the guests had the possibility to taste typical Swiss dishes and drinks and enjoy the musical program.