On the VII Week of Italian Cuisine in the World, which began on November 14, the Italian-Serbian Chamber of Commerce, in collaboration with Porta Italia and with the support of the Chamber of Commerce of Serbia, organized the entrepreneurial mission MADE IN ITALY IN SERBIA, aimed at creating specific collaborations and concrete commercial opportunities. 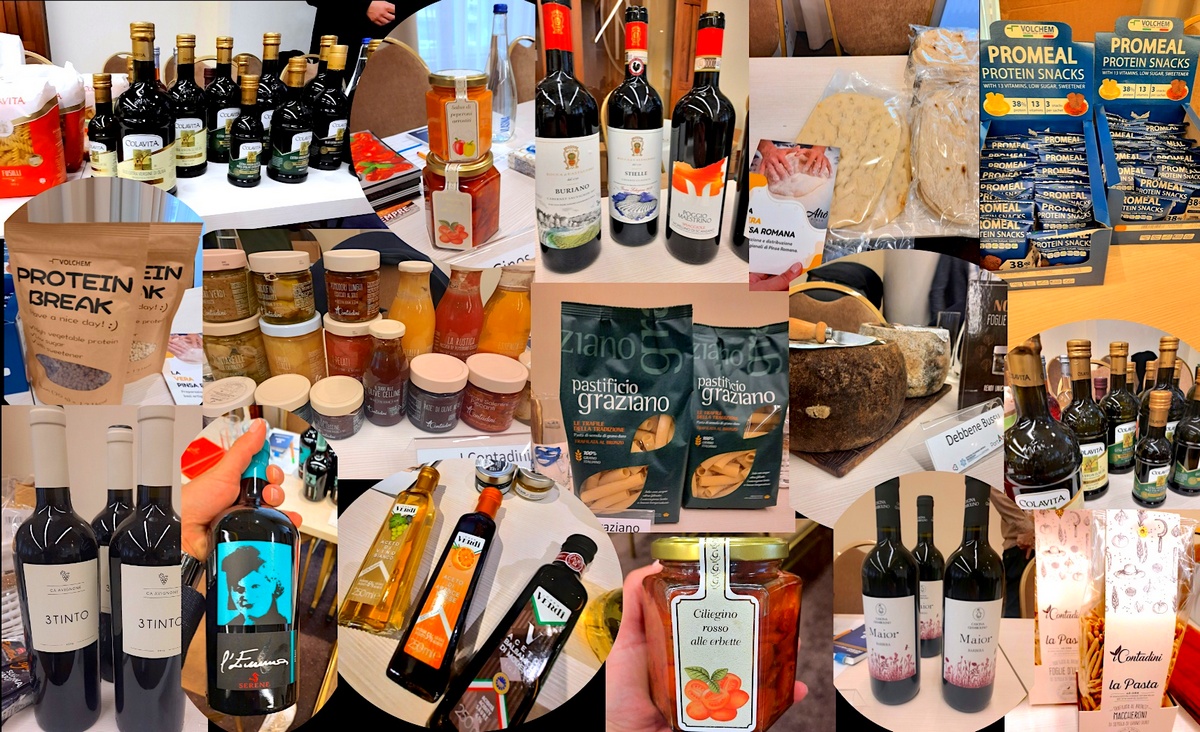 It was the fourth edition of the event, which was held on Friday, 18 November 2022, at the Hotel Majestic in Belgrade. It was, therefore, an important event dedicated to promoting Italian excellence focused on the top-quality part of the agri-food sector and reserved for companies willing to extend their outlet market in Serbia. The format privileged direct contact between the 15 producers, representing various Italian regions, including Campania, Emilia-Romagna, Lazio, Piedmont, Puglia, Sardinia, Tuscany, Trentino-Alto Adige, and Veneto, and who works in the same field such as importers, large-scale distribution, and Ho.Re.Ca.

The event had been opened with greetings and the Italian Ambassador in Serbia, Luca Gori’s speech, which was about many qualities of Made in Italy, from quality to traceability, through sustainability and innovation; the Ambassador also reported the ever-growing trade data between our two countries. The President of the Italian-Serbian Chamber of Commerce, Annino De Venezia, presented the importance of the Chamber’s initiatives such as this one, for trade between Italy and Serbia.

The Italian food brand Aho Pizza Lab (roman pinsa bases), Acetificio Aretino (vinegar), Colavita(pasta and oil), Ginos (in oil products and pickles), La Rocca di Castagnoli (wine), Serene (wine) and Volchem (protein bars), for the first time, took part in a business mission in Serbia.
Cheese (Debbene Bussu, Caseificio di Cavola 993), dough and pasta (La Sinfonia Del Gusto and Pastificio Graziano), wines (Maior Vini and Ca Avignone), sauces and preserves (Easy Montali and I contadini) productors, which have only recently started trading in the country, and which are willing to expand their business with the Ho.Re.Ca. the sector also joined the initiative.
The B2B meetings took place with high-level business operators, and both, the Italian and Serbian part, felt that the dialogue had been very profitable. The exhibitors said that the event was well organised, and they also felt supported by the CIIS team throughout the day. The company’s export manager reported that they had found concrete opportunities which are going to be developed in the future, and they were pleasantly surprised by the cohesion created with the other partakers.  All participants would also be delighted to attend again other similar initiatives held by the Chamber.

The Italian-Serbian Chamber of Commerce is planning so many key events from various fields in order to strengthen the economic exchange between Italy and Serbia.