The “RES SERBIA 2022” conference will be held on September 15th, 2022, at the Metropol Hotel in Belgrade, organized by the Association Renewable Energy Sources of Serbia, an institutional partner of the Ministry of Mining and Energy, the European Bank for Reconstruction and Development (EBRD) and the organization WindEurope. 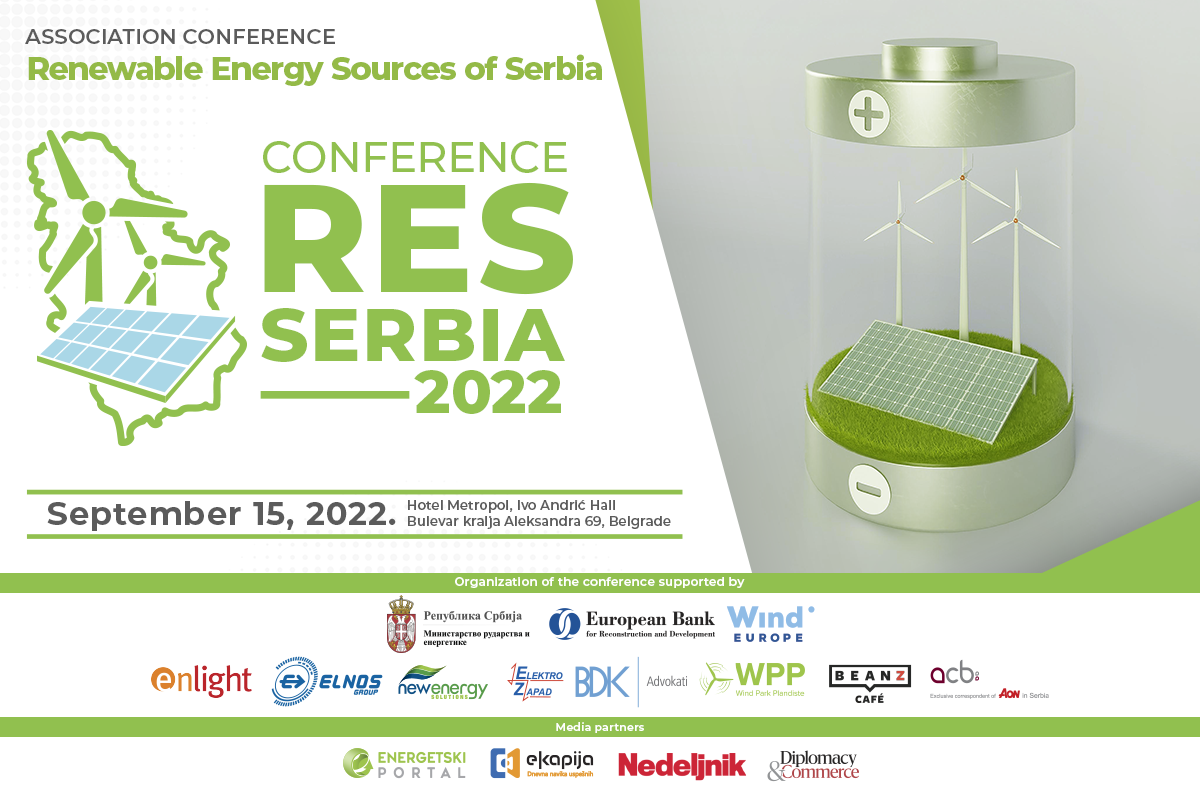 According to the announcements of the organizers, the interest in the conference is huge, both from the domestic audience from the world of business and from the region.

According to the preliminary agenda, the conference will consist of five panels focusing on the following topics:

The speakers on the panels will be key decision-makers in the public and private sectors, among whom we single out the confirmed for now: Matteo Colangeli and Grzegorz Zielinski (EBRD), Jelena Matejić (EMS), Miloš Mladenović (SEEPEX), Anne-Catherine de Tourtier (Nordex), Ivan Komušanac (WindEurope). One of the most famous European environmental protection experts, Tony Iles, will be among the panellists, as well as leaders of leading commercial banks and numerous other experts.

Sponsorship of the conference has so far been confirmed by Elnos Group, Enlight, Elektrozapad, Erste Bank, insurance broker ACB, and Wind Park Plandište, while media partners will be Energetski Portal, eKapija, Nedeljnik and Diplomacy and Commerce.

The company Strauss Adriatic, which uses green energy from the biomass of coffee chaff for its production and its own solar power plant, will serve Beanz coffee all day and thus contribute to the best networking in the city.

Support from the audience was confirmed by numerous diplomatic representatives, while top managers of various European companies are among the registered observers. The registration link is still open at the Conference 2022 – RES.