On the occasion of the Matica Srpska Gallery Day and the commemoration of the 175th anniversary of its establishment, we spoke with Tijana Palkovljevic Bugarski, director of the Gallery, who underlined the importance of this cultural institution for the Serbian culture and history.

In October this year, the Matica Srpska Gallery celebrated a great jubilee – 175 years since its inception. How much has the Gallery changed in the past 25 years?

During the past quarter of a century, the gallery has undergone a major transformation from a traditional and conservative museum to a modern and innovative museum open to all. We adapted and modernized the gallery building and thus improved the conditions for storing and displaying artwork. We added 3,330 significant works of Serbian art to the gallery’s collection. Plus, we staged 306 exhibitions and published 224 publications. As a new type of activity, we launched programmes for babies, children and young people and thus caught up with the latest trends in the museum world. We have become a centre of excellence for the protection of movable cultural heritage, digitization of fine art objects and a leader in the implementation of new technologies in museum presentation, as evidenced by the last project we realized, called “Hololens – Mixed Reality Platform”.

Considering everything we have done, we have become a relevant museum institution in the country and the region, as evidenced by the numerous awards we have received in the past period, including the Sretenje Order of the First Class, the most significant recognition given by the Serbian state authorities, which we received this year.

What are the three most important characteristics of the Matica Srpska Gallery that make it so unique?

Our uniqueness lies in the fact that we operate within the Matica Srpska system, which also includes the Matica Srpska Library. This is a one-of-a-kind example of the joint activities of three large scientific and cultural institutions that have inimitable goals in different spheres of science and creativity. Also, we are a relatively small collective with only 30 employees, which enables us to be operational and make quick decisions. Finally, we sincerely believe in the importance of the permanent education of museum experts, both formal and informal, which means that we are continually improving our knowledge through academic studies but also through professional meetings and workshops in the country and abroad.

You can often hear news about new collaborations between the Gallery and its peers from the country and region. Which collaborations would you highlight, and how important are they to you?

Cooperation with institutions and individuals is extremely important to us because, through it, we improve our work and achieve greater public visibility. I would like to highlight the cooperation with the Kunsthistorisches Museum in Vienna, with whom we have been exchanging both know-how and experience in education and conservation. Then there is the cooperation with the National Gallery of Slovenia in Ljubljana. We staged the exhibition called “Serbian Modernism from the Matica Srpska Gallery Collection – 1880-1950”. After Ljubljana, the exhibition was staged at the SANU Gallery in Belgrade and is currently displayed at another important partner of ours – the Museum of Contemporary Art of the Republic of Srpska in Banja Luka. Also, the National Art Museum in Timișoara is one of our partners, with which we are connected by a common cultural heritage and the fact that our cities have been declared the European Capitals of Culture for two consecutive years. 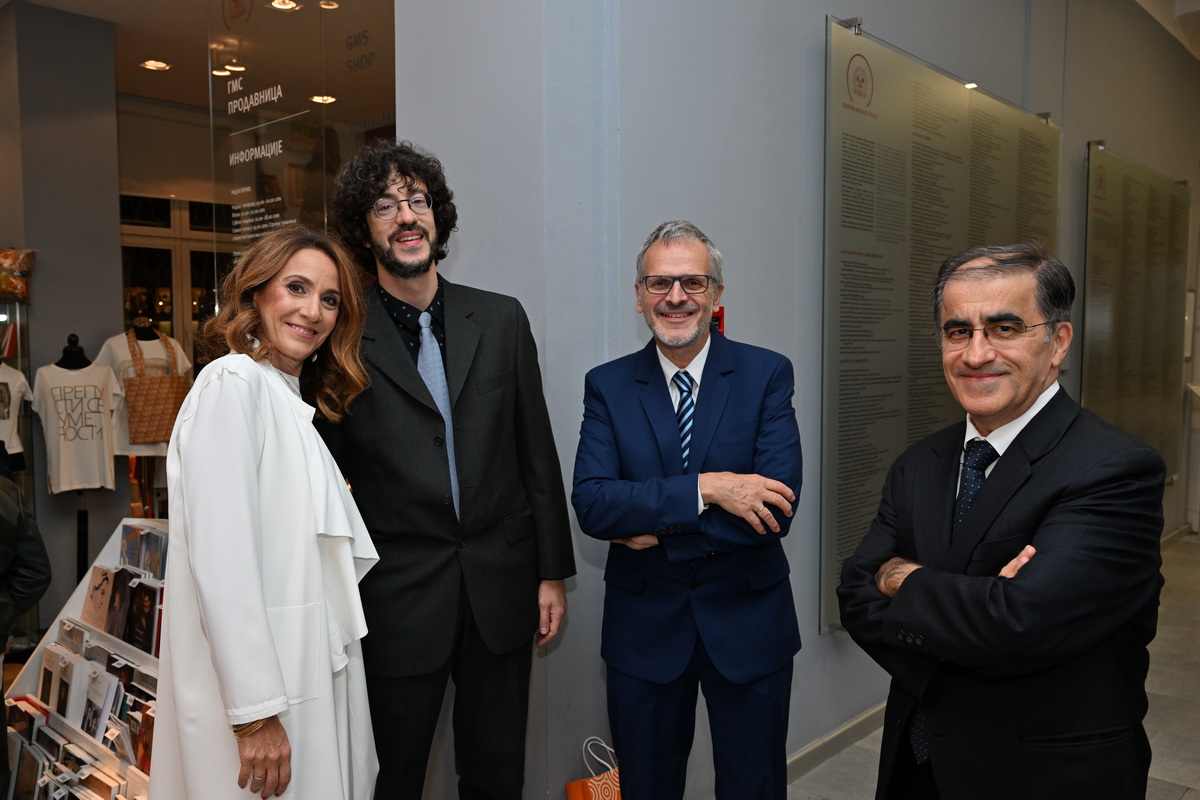 What is the Gallery currently doing?

We have the “Uroš Predić – Life Dedicated to Beauty and Art“ exhibition currently staged. This is a large-scale retrospective exhibition that comprehensively presents the creativity of this painter through 104 works of art and numerous documentary material. At the same time, it is the first fully inclusive exhibition that is accessible to everyone.

What is the secret of the Matica Srpska Gallery’s success as the oldest national gallery?

The secret is in continuity! For 175 years, we have been pursuing the same goals and cherishing the same values, which is for our nation to be proud of us as a result of the dedicated and innovative work of the museum institution that builds national identity through works of fine art. The collection that we keep, creativity and innovation as a way of thinking and above all, teamwork that we cherish as a modus vivendi are the secrets of our success.