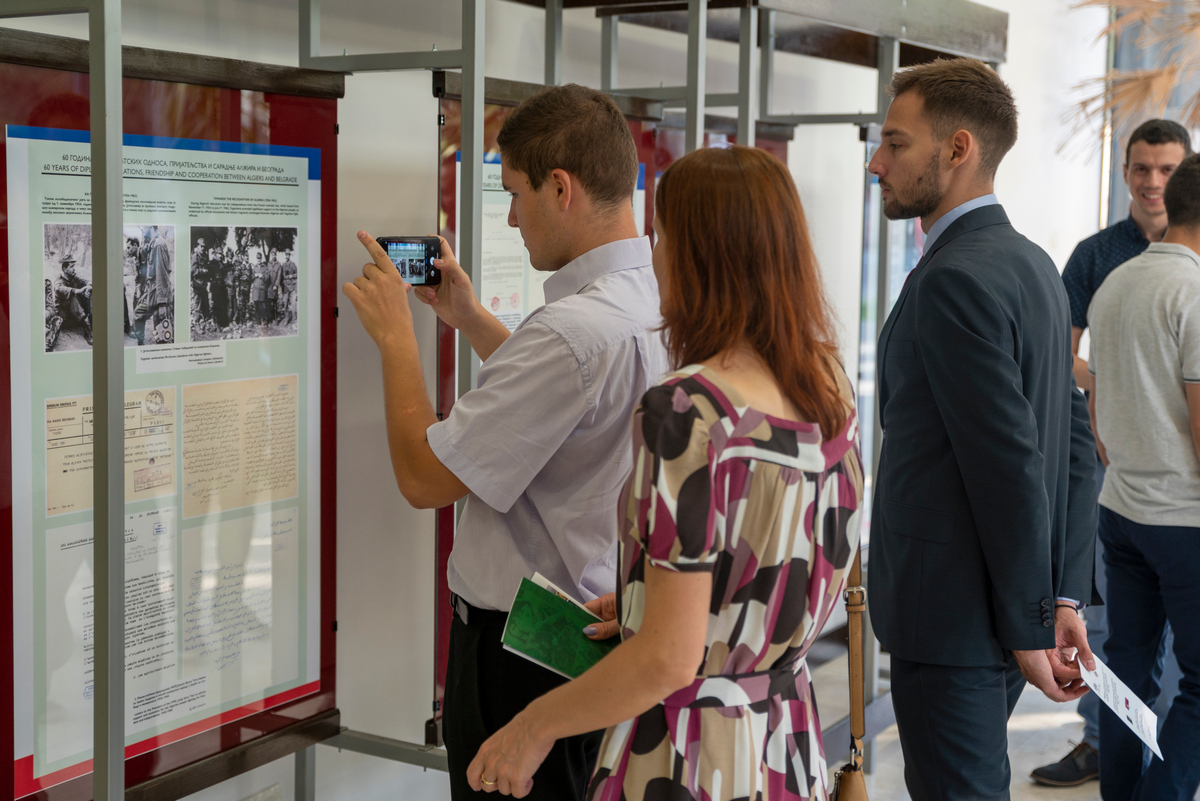 With the ceremonial opening of the exhibition of archival documents of Serbian-Algerian cooperation, on Saturday, July 2, 2022, in the gallery of the municipality of Vračar, the Embassy of Algeria in Serbia, in cooperation with the Archives of Yugoslavia and the City Municipality of Vračar, began the celebration of the double jubilee – the 60th year of independence Algeria and the 60th year since the establishment of diplomatic relations between Serbia and Algeria.

In cooperation with the Archives of Yugoslavia, a cultural institution of national importance, the Embassy of Algeria prepared an exhibition of archival documents and photographs of significant events in the history of diplomatic relations between the two countries.

Dragan Teodosić, the senior archivist of the Archives of Yugoslavia, spoke at the exhibition and reminded us that the cooperation between the Archives of Yugoslavia and the Embassy of Algeria is very fruitful and that this is the third exhibition, which comprehensively shows the importance of cooperation between the two countries, as well as numerous contacts and visits. Teodosić pointed out that a document on the opening of the Yugoslav embassy in Algeria in 1962 was also presented at this exhibition.

The ceremony was attended by representatives of cultural institutions, the diplomatic corps, members of the Society of Friends of Algeria, and Algerian students studying in Serbia.