If you want to travel to Israel, and you have not been there so far, here are three suggestions for you. For those travellers who like entertainment-filled holidays, Tel Aviv is the place to be. Eilat offers both leisure and entertainment while relaxing on the Dead Sea is guaranteed. There is something for everyone here. 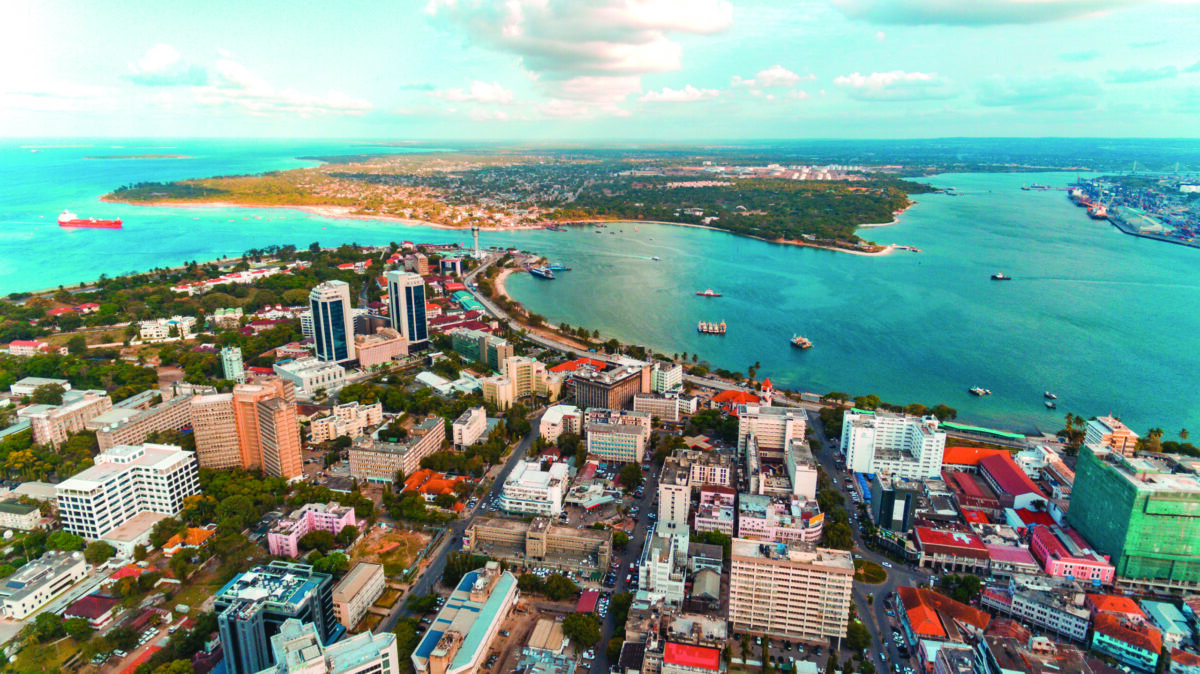 Tel Aviv-Yafo or just Tel Aviv is the most populous city in the Gush Dan metropolitan area of Israel. Located on the Israeli Mediterranean coastline it is the economic and technological centre of the country.

History tells us that the city was founded in 1909 by the Yishuv (Jewish residents) as a modern housing estate on the outskirts of the ancient port city of Jaffa, then part of the Mutasarrifate of Jerusalem within the Ottoman Empire. It was at first called ‘Ahuzat Bayit’ (“House Estate” or “Homestead”), the name of the association which established the neighbourhood. Its name was changed the following year to ‘Tel Aviv’, after the biblical name Tel Abib adopted by Nahum Sokolow as the title for his Hebrew translation of Theodor Herzl’s 1902 novel Altneuland (“Old New Land”).

Other Jewish suburbs of Jaffa established before Tel Aviv eventually became part of Tel Aviv, the oldest among them being Neve Tzedek (est. 1886).

Tel Aviv is governed by the Tel Aviv-Yafo Municipality, headed by Mayor and is home to many foreign embassies. It is ranked 41st in the Global Financial Centres Index. Tel Aviv has the third- or fourth-largest economy and the largest economy per capita in the Middle East. The city currently has the highest cost of living in the world. Tel Aviv receives over 2.5 million international visitors annually. A “party capital” in the Middle East, it has a lively nightlife and 24-hour culture. Tel Aviv has been called The World’s Vegan Food Capital, as it possesses the highest per capita population of vegans in the world, with many vegan eateries throughout the city. Tel Aviv is home to Tel Aviv University, the largest university in the country with more than 30,000 students.

Maybe you want to see something ‘old-fashioned’, i.e. something from the first half of the 20th century? Tel Aviv’s White City, which was designated a UNESCO World Heritage Site in 2003, comprises the world’s largest concentration of International Style buildings, including Bauhaus and other related modernist architectural styles. The White City is a collection of over 4,000 buildings built in a unique form in Tel Aviv from the 1930s.

One of the best options for exploring Tel Aviv is renting a bicycle (one can be rented for only $5). You won’t have trouble finding them, as there are over 150 rental stations in the city where you can pick up a bicycle, which you can ride, for instance, on a beautiful promenade at sunset. Bike paths in the city are a total of 25 miles in length. Riding a bike around the city is much more acceptable than driving a car because of crowds everywhere, most of the day.

If you are worried that you will be caught in the rain while cycling or walking, do not. Tel Aviv has 300 sunny days a year. Chances are that you will visit Tel Aviv in the rainy period only if you don’t inform yourself before coming here. The Israelis love to spend time outdoors, in this beautiful sunny weather. Spending time outdoors also includes partying. Tel Aviv is known as one of the best cities in the world for nightlife and that’s how it earned its nickname – “the city that never sleeps”.

Eilat is Israel’s southernmost city, a busy port and popular resort at the northern tip of the Red Sea, on what is known in Israel as the Gulf of Eilat and in Jordan as the Gulf of Aqaba. The city is considered a tourist destination for domestic and international tourists heading to Israel.

Eilat is part of the Southern Negev Desert, at the southern end of the Arabah, adjacent to the Egyptian resort city of Taba to the south, the Jordanian port city of Aqaba to the east, and within sight of Haql, Saudi Arabia, across the gulf to the southeast.

As for the activities in Eilat, we recommend breakfast on the beach with an amazing view. You will likely spend the entire day on the beach and later join a beach night party. If, on the other hand, you prefer underwater fun over the one on dry land, you will be delighted with what Eilat has to offer. Crystal clear water allows you to see the corals whose variety of colours exceeds the known colour palette. Over 300 species of fish swim between the corals! You can engage in all these activities in winter too.

If you are not that keen on exploring underwater life and don’t like getting wet, then the Underwater Observatory is definitely a place for you, but only if you have no problem with seeing sharks swimming over you.

If you prefer more extreme activities, you can enjoy windsurfing, kite surfing and wakeboarding. But, if you like dry land more, the desert is nearby. Enjoy the fantastic view of the colourful mountains while driving through the Red Canyon.

Let’s further explore the town’s history. The name Eilat was given to Umm al-Rashrāsh in 1949 by the Committee for the Designation of Place-Names in the Negev. The name refers to Elath, a location mentioned in the Hebrew Bible that is thought to be located across the border in modern Jordan. The committee acknowledged that Biblical Eilat/Elath was across the border.

Eilat has been utilized by film and television productions – domestic and foreign – for location shooting since the 1960s, most notably in the early 90s as a tropical locale for season 2 of the Canadian production Tropical Heat. It was also used in the films She, Madron, Ashanti and Rambo III. 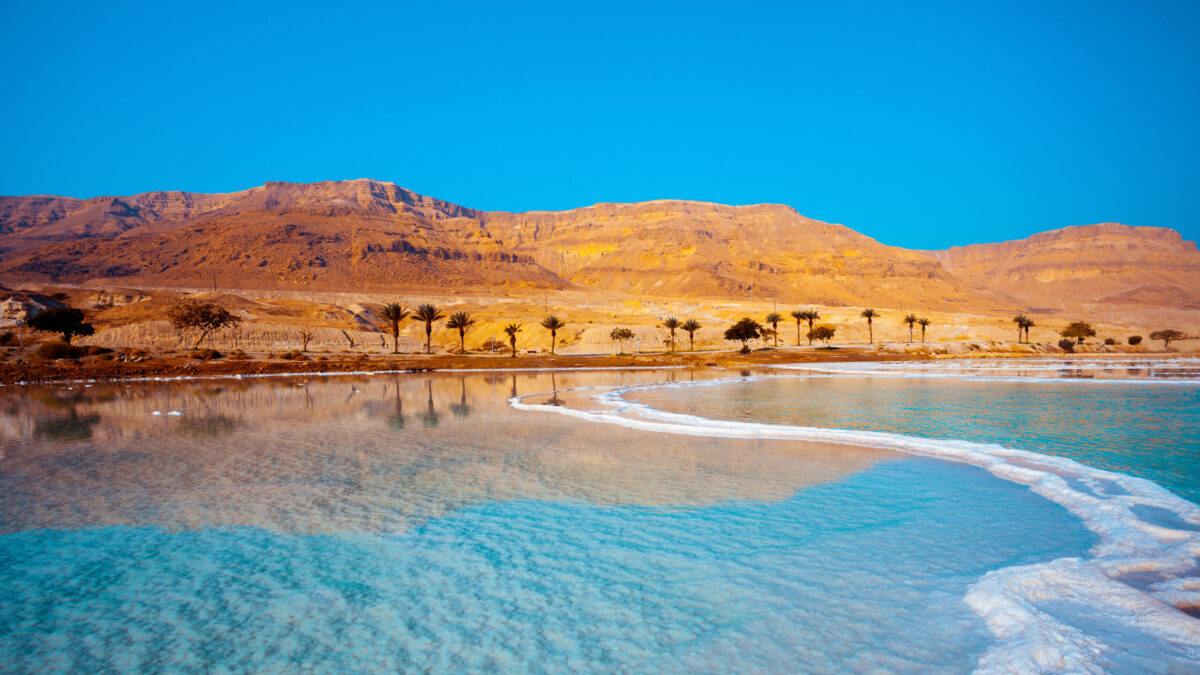 Reading a newspaper or the poems of your favourite poet while floating on water? You can only do that on the Dead Sea without worrying the slightest about getting wet or sinking to the bottom. The salinity of this sea will prevent that from happening.

The Dead Sea is a salt lake bordered by Jordan to the east and Israel and the West Bank to the West. It lies in the Jordan Rift Valley, and its main tributary is the Jordan River.

Here is the basic information about the lake – its surface is 430.5 metres below sea level, making its shores the lowest land-based elevation on Earth. It is 304 m deep, the deepest hypersaline lake in the world. It is one of the world’s saltiest bodies of water – 9.6 times as salty as the ocean – and has a density of 1.24 kg/litre, which makes swimming similar to floating This salinity makes for a harsh environment in which plants and animals cannot flourish, hence its name. The Dead Sea’s main, northern basin is 50 kilometres long and 15 kilometres wide at its widest point.

The Dead Sea is a salt lake bordered by Jordan to the east and Israel and the West Bank to the west. It lies in the Jordan Rift Valley, and its main tributary is the Jordan River.

The Dead Sea has attracted visitors from around the Mediterranean Basin for thousands of years. It was one of the world’s first health resorts (for Herod the Great), and it has been the supplier of a wide variety of products, from asphalt for Egyptian mummification to potash for fertilisers. Today, tourists visit the sea on its Israeli, Jordanian and West Bank coastlines. The Palestinian tourism industry has been met with setbacks in developing along the West Bank coast.

The Dead Sea is receding at a swift rate; its surface area today is 605 km2, having been 1,050 km2 in 1930. The recession of the Dead Sea has begun causing problems,[vague] and multiple canal and pipeline proposals have been made to reduce its recession. One of these proposals is the Red Sea-Dead Sea Water Conveyance pipeline project, which would provide water to neighbouring countries and carry brine to the Dead Sea to help stabilise its water level.