You must have seen a typical Jewish wedding, if not in person, then at least on film. The Jewish wedding has many interesting features, rules and traditions.

The wedding has two segments, although the ceremonies may differ. The first part includes kiddushin (dedication), and the second nissuin (marriage), after which a couple officially starts their life together. 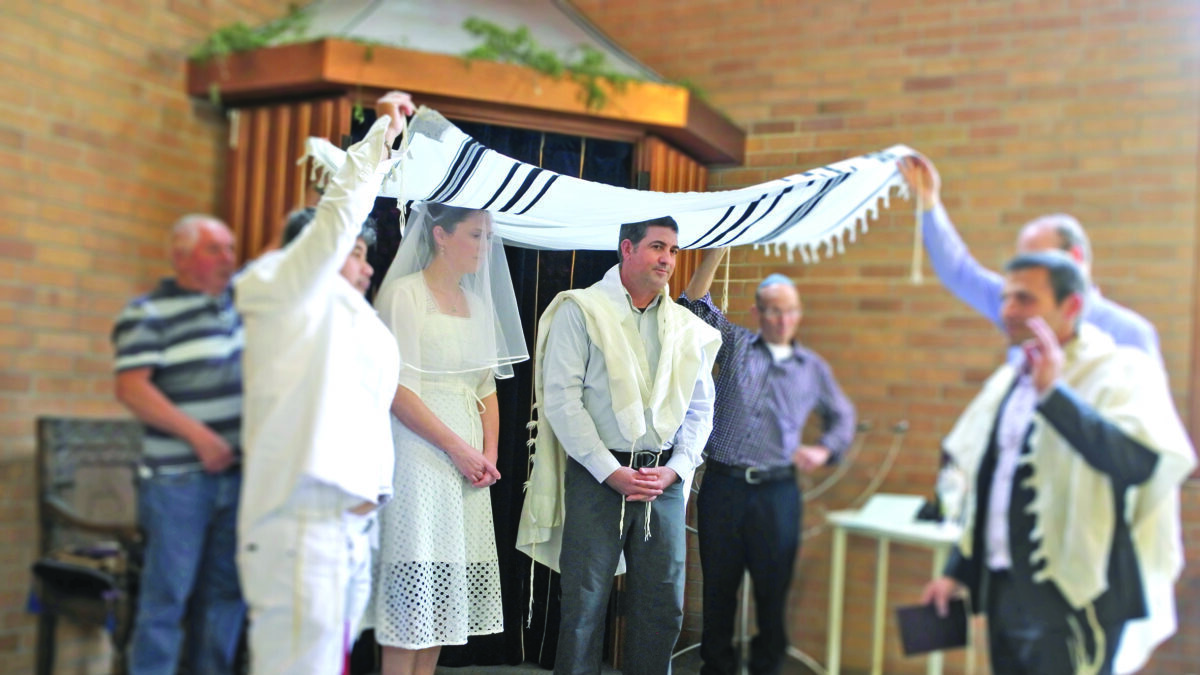 But there is also a traditional practice before the official start of the ceremony. The groom should agree to the marriage contract (ketubah) with two witnesses present, who sign the ketubah. The contract stipulates the groom’s obligations toward the bride. Under the chuppah, a large white canopy under which the couple stands, tradition dictates that the ketubah should be read aloud.

The symbolism of the chuppah is beautiful. It represents a new home that the couple builds from the moment they become husband and wife. Most Jewish communities have a practice whereby the bride is accompanied by her mother and mother-in-law and the groom by his father and father-in-law while walking towards the chuppah. According to another custom, the newlyweds are accompanied only by their parents.

Some Jewish also practice that the bride should be covered in a veil. The veiling ritual is known in Yiddish as badeken. The veil emphasizes that the groom is not solely interested in the bride’s external beauty, which fades with time; but rather in her inner beauty which she will never lose.

In traditional weddings, two blessings are recited before the betrothal (presentation of the ring), a blessing over wine, and the betrothal blessing, which is specified in the Talmud. The wine is then tasted by the couple. Rings are not actually required; they are simply the most common way (since the Middle Ages).

After the bride has been given the ring, or at the end of the ceremony (depending on local custom), the groom breaks a glass, crushing it with his right foot. A lightbulb may be substituted at some contemporary weddings because it is thinner, more easily broken, and makes a louder popping sound.

Probably the most popular part of the wedding, as seen in many movies, is the dance. Dancing is a major feature of Jewish weddings. It is customary for the guests to dance in front of the seated couple and entertain them.

Dancing is a major feature of Jewish weddings. It is customary for the guests to dance in front of the seated couple and entertain them.

After the meal, Birkat Hamazon (Grace after Meals) is recited, followed by sheva brachot. After the prayers, the blessing over the wine is recited, with two glasses of wine poured together into a third, symbolising the creation of a new life together.

In present times, Jewish rabbinical bodies have developed Jewish prenuptial agreements designed to prevent the husband from withholding a get from his wife, should she want a divorce. Such documents have been developed and widely used in the United States, Israel, the United Kingdom and other places. However, this approach has not been universally accepted, particularly by the Orthodox.

Weddings should not be performed on Shabbat or Jewish holidays, including Chol HaMoed. The period of the counting of the omer and the three weeks are also prohibited, although customs vary regarding part of these periods. Some months and days are considered more or less auspicious.