Property Management and Rental Company Dipos marked a significant jubilee – 60 years of business and 60 years of the Diplomatic Colony in Dedinje in the presence of numerous guests from the world of diplomacy, politics, economy, culture and sports. 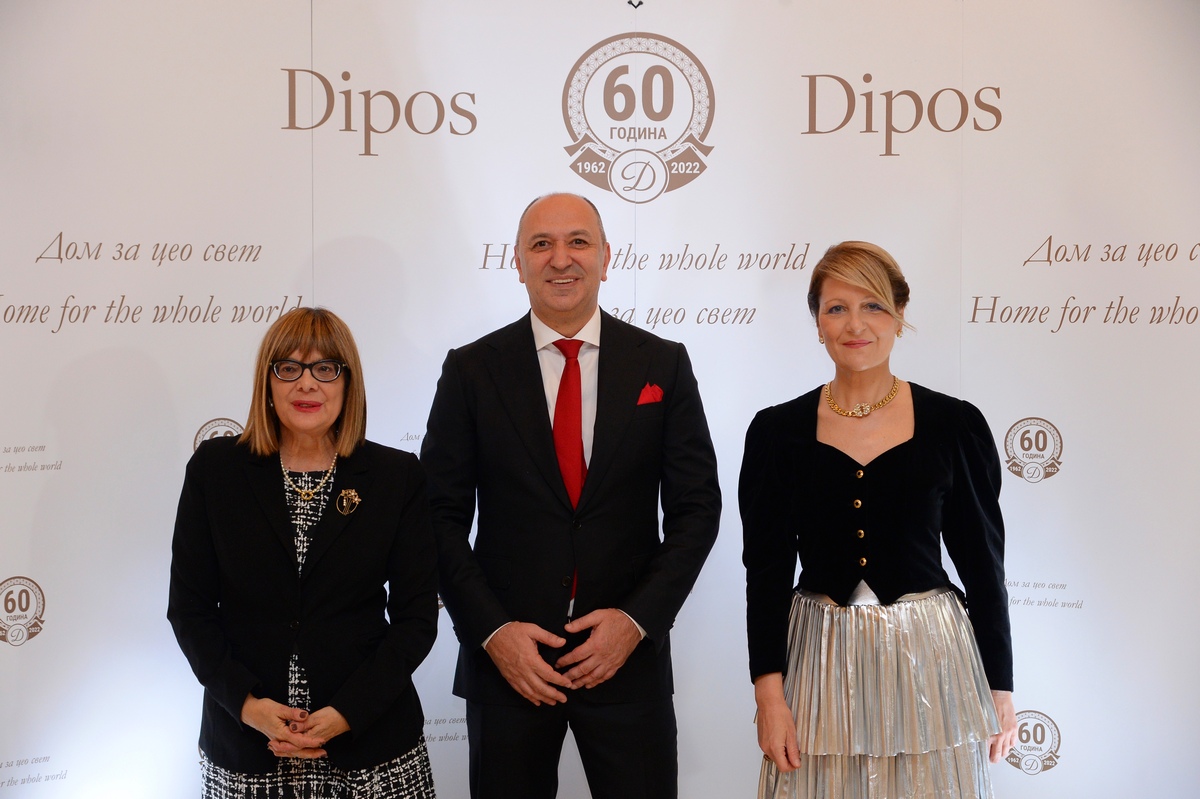 Established as a state-owned company for the management and maintenance of real estate owned by the Republic of Serbia, with the aim of providing diplomatic and consular missions in the Republic of Serbia and their staff with a comfortable, comfortable and safe space to live and work, Dipos has worked hard to strengthen bilateral relations and thus contributed to building solid partnerships with the almost entire diplomatic community in Belgrade.

“I am extremely pleased to attend tonight’s celebration of 60 years of existence on one side of the urban settlement in Belgrade and on the other side of the state-owned company which shares a part of the history of our country. Dipos was created together with the famous Conference of the Non-Aligned Movement held in Belgrade.  These first small houses were built at that time so that the diplomats who prepared this great conference from all over the world would have a place to stay, which now forms a beautiful settlement. Dipos is a company that cares about many representative facilities in Belgrade. We can only wish all the best to the director and the employees and to continue to preserve a part of the cultural heritage of our country”, said Deputy Prime Minister of the Republic of Serbia and Minister of Culture Maja Gojković.

Addressing the attendees, Dipos director Đoko Krivokapić pointed out that Dipos is proud of its 60-year-long business history and tradition and built a reputation as a profitable state-owned company that does not use funds from the budget of the Republic of Serbia but is financed solely from its own revenues, operating on the free market, and whose business profit, at the end of each year, is paid into the budget. 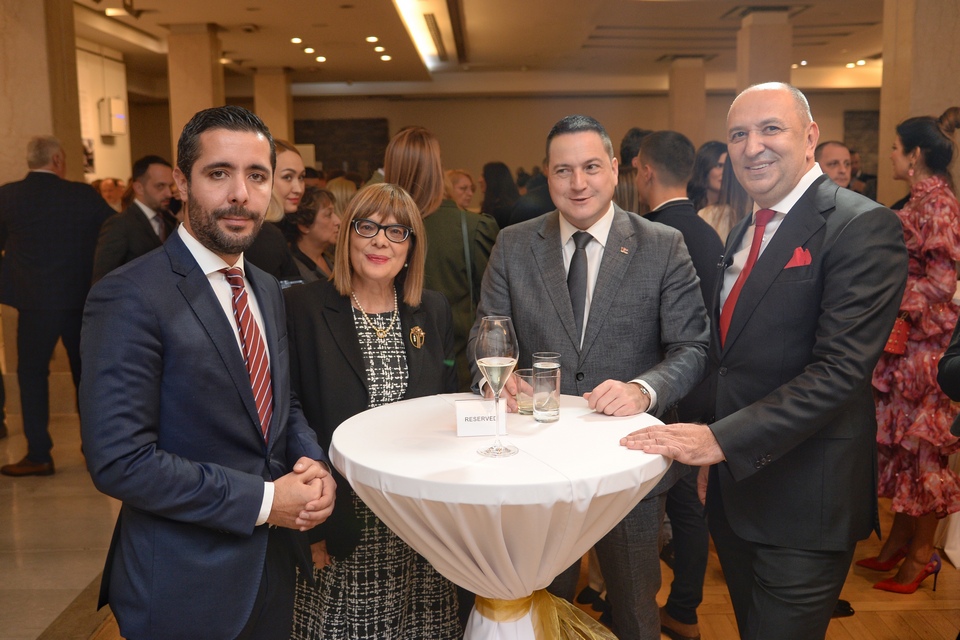 “The Republic of Serbia has entrusted us with a portfolio of over 300 properties in the most beautiful locations in Belgrade, which have been used for decades for the purpose of accommodating the diplomatic and international business community.

The key to the success of this company, what completely sets it apart from the competition and additionally makes it unique, is the set of services it provides, which significantly contributes to the quality of life and work of tenants of entrusted real estate, then the unique real estate fund at its disposal, as well as the fact that “Dipos” hosted hundreds of diplomatic representatives from all over the world, accredited in the Republic of Serbia”,  He said krivokapić.

He stated that Dipos, applying modern business trends in its work, achieved a percentage of issued real estate of 97%, a collection of receivables of 92%, and that through investments in the maintenance of hundreds of state real estate, it multiplies their value. Krivokapić expressed special gratitude to the company’s founder, the Government of the Republic of Serbia, and all those who contributed to Dipos growing into a credible partner and a successful state-owned company.

During the ceremony, special certificates of appreciation were presented to the representatives of the Embassies of the United Mexican States, the Kingdom of Denmark and the United States of America, with whom the Company has achieved the longest and most continuous business cooperation in the past 60 years. 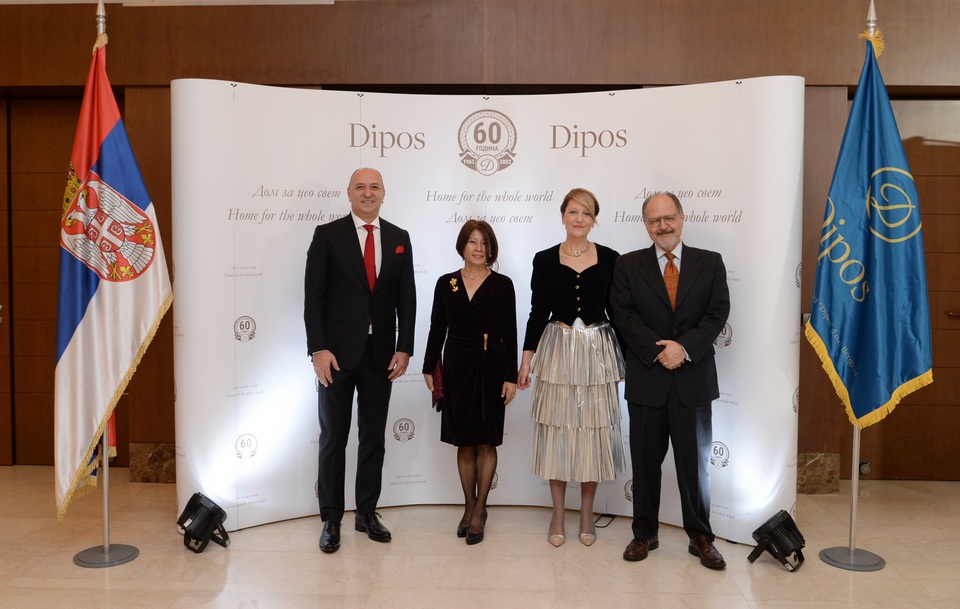 “Understanding and respecting the specific needs of an Embassy is essential in order to have a functional and high-quality representative office that shows the true image of Mexico in Serbia.” Dipos has the will and understanding to carry out administrative processes inherent only in diplomatic  Finally, and equally important is the service to clients, which the embassy receives from “Dipos” during the maintenance and adaptation of the space, always in a timely manner and with the best finish, as well as in the best possible deadlines.   To sum up, for the Embassy of Mexico, cooperation with Dipos is essential for fulfilling our diplomatic functions in Serbia; we are very grateful for this,” said the Ambassador of the United States of Mexico to the Republic of Serbia, H.E. Carlos Isauro Felix Corona.

In addition to the diplomatic corps and the business community, distinguished guests included the Minister of Internal and Foreign Trade Tomislav Momirović, the Minister of Education Branko Ružić, Aleksandar Vulin, the longtime president of the Dipos Joint Commission Veljko Odalović, the President of the Olympic Committee of Serbia Božidar Maljković, lawyer Zdenko Tomanović and many others.

Property Management and Rental Company “Dipos” was founded in 1962, after the Vienna Convention on Diplomatic Relations signing, which marked the beginning of the golden age of diplomacy. Today, it is one of the 0.4% of the most stable companies in Serbia and has been awarded multiple creditworthiness certificates.  It manages over 300 properties owned by the Republic of Serbia, intended for the needs of accommodation of the diplomatic and international business community, and many of them are under the protection of the state as cultural and historical monuments of the capital, while the Diplomatic Colony in Dedinje was originally built for the accommodation of the participants of the First Summit of the Non-Aligned Movement, held in Belgrade in 1961, and today is home to numerous representatives the diplomatic and business community in Serbia. 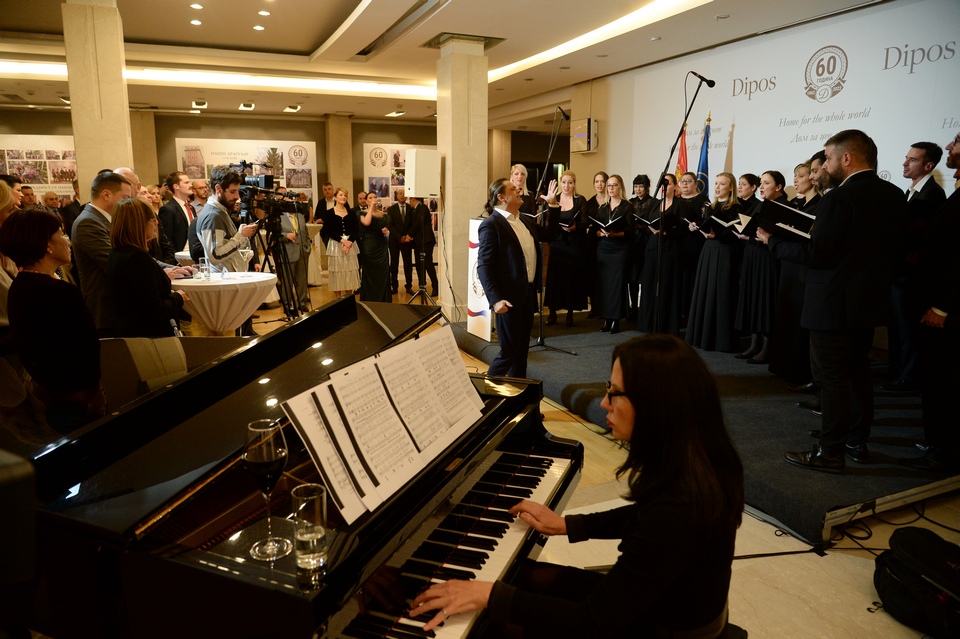