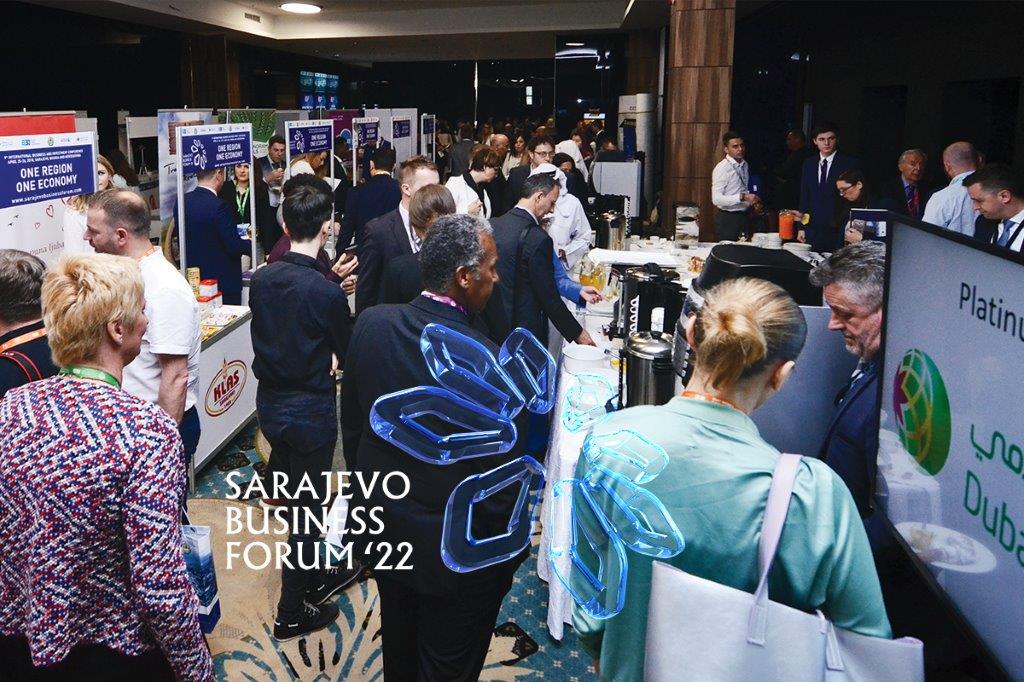 Support for the largest business and investment event in Southeast Europe, the 11th Sarajevo Business Forum, which will be held on May 11 and 12 in Sarajevo, was given by the City Administration of Sarajevo and Mayor Ms. Benjamina Karić, who will host the official Welcome dinner for participants, as well as foreign and domestic investors, to be held on May 10th at the historic landmark of the Sarajevo City Hall (Vijećnica).

The topic of this year’s Sarajevo Business Forum is “Nearshoring – a perspective for the region”, and the interest of local communities from all over Bosnia and Herzegovina to participate in the Forum as well present business and investment projects is growing. Representatives of municipalities expressed interest in participating with their own projects at this year’s conference, and the presence of a significant number of businesses from all over B&H is anticipated.

The arrival of the delegation of the City of Bijeljina led by the Mayor Ljubiša Petrović has been announced, the Municipality of Modriča submitted several infrastructure projects while the City of Tešanj traditionally participates in the Forum with its business projects. In addition, it is important to mention the Central Bosnia Canton, which supported the participation of entrepreneurs from this Canton and the presentation of their projects.

Furthermore, the Ministry of Economy of Sarajevo Canton, as a Strategic Partner of the 11th Sarajevo Business Forum, has enabled all municipalities from Sarajevo Canton and Bosnia-Podrinje Canton to present investment potentials at this year’s Sarajevo Business Forum. 120 companies from these two cantons have, in addition to the presentation of business and projects, the opportunity to meet with potential partners and investors interested in investing in our country through free participation on the SBF, courtesy of the Ministry.

Sarajevo Business Forum (SBF) is an annual business and investment conference organized by Bosna Bank International (BBI) since 2010 in cooperation with BBI’s shareholders: Islamic Development Bank Group (IsDB), Dubai Islamic Bank (DIB) and Abu Dhabi Islamic Bank (ADIB) and under the Patronage of the Presidency of Bosnia and Herzegovina, with the support of the BH Ministry of Foreign Affairs and Strategic Partner – Ministry of Economy of the Sarajevo Canton.