Something happened that evening that had never been felt or seen anywhere before – an incredible combination of traditional and contemporary was all around us. And yes, all this was made possible thanks to a true rakija revolution embodied in Šamar (The Slap)!

Everyone who found themselves in Savamala, the epicentre of Belgrade’s nightlife, and visited some of the most popular clubs in the capital, such as Mladost, Ludost, Gadost, Gajba or Radost on Thursday, April 21st, knows what we are talking about. Each club was branded with Šamar, the only rakija that caresses you while providing an authentic experience of sheer plum pleasure, with a slightly ‘slapped’ note of quince. 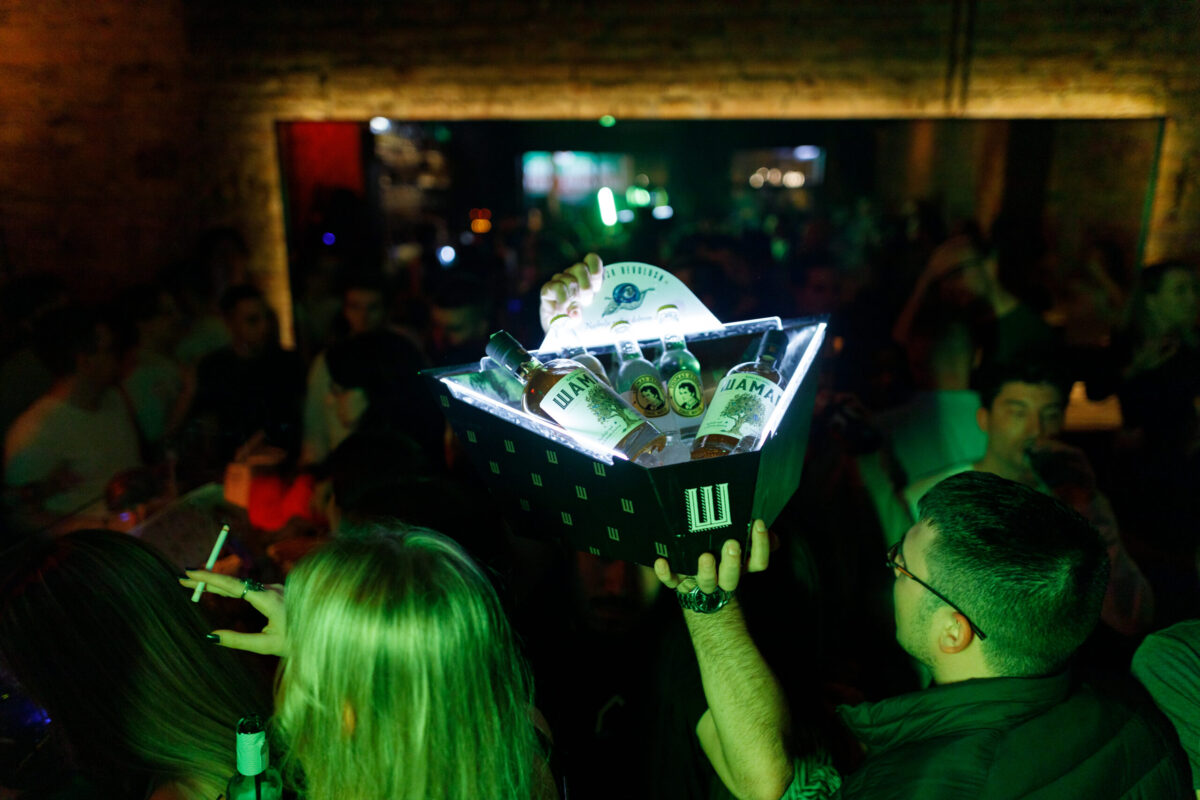 During ‘The Caressing’, which is how this event was called, the hostesses encouraged the guests to reconsider all the rules on how rakija is made, consumed or served. While we are at defying the rules, nobody does it better than Šamar because it has 100% natural authentic taste. For the first time ever, plums and quinces meet in the same bottle and bring an unexpectedly delicate taste.

The combination of traditional and modern was also reflected in the hostesses’ look – some wore the contemporary interpretation of traditional folk costumes and others ultra-modern outfits resembling the prestigious fashion shows. Šamar rakija stands shoulder to shoulder with the most famous global brands. The guests also enjoyed the performances of our most popular DJs such as Genesis, Lea Davogić, Marko Milosavljević, Peppe, Malina & Dooshan, Danijel Čehranov, Vuk Vukosavljević and Sonja Pavlica.

If you feel sad that you missed out on being a member of Šamar’s crew that night, these photos depict just a fraction of the atmosphere there.