Small and medium enterprises (SMEs) in Serbia, like in other countries, form the backbone of the economy. Their share in the production of the business sector, excluding agriculture, is 60% (EUR 14 billion), they participate in the export of goods with 40% (EUR 6.5 billion) and employ almost a million people, or as much as 45% of all employees in Serbia. Through paid incomes and other taxes, SMEs directly and indirectly finance about 40% of the state’s activities – employees, hospitals, schools, road construction and other investments. However, domestic small and medium enterprises do not enjoy the level of attention and support as large enterprises. 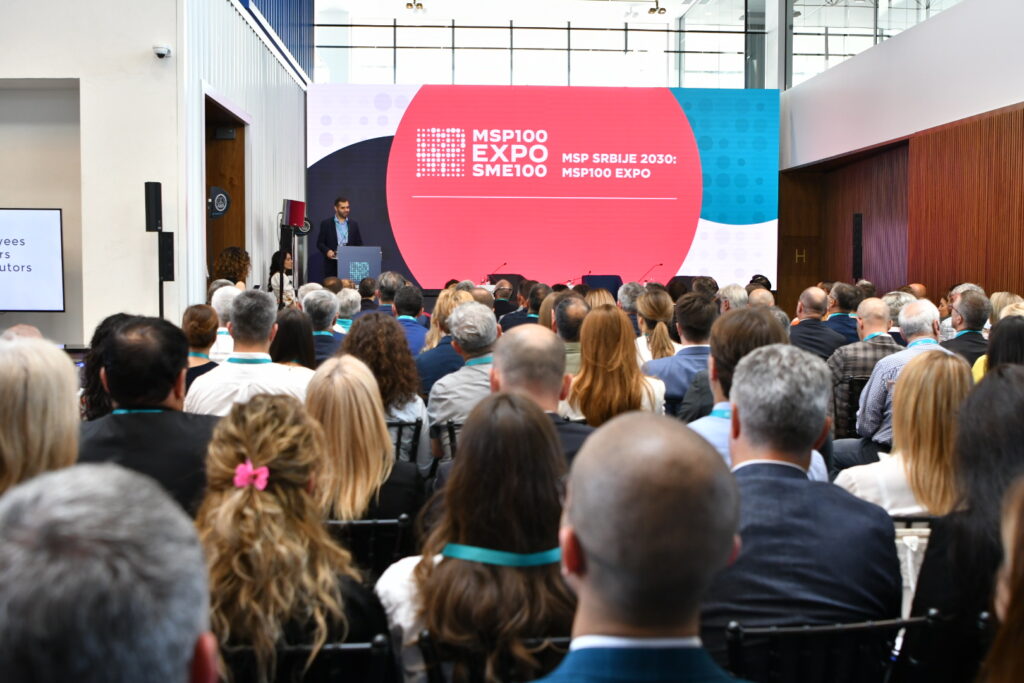 These “hidden champions” of Serbian economy were the focus of conference-exhibition titled “SME  Serbia 2030: SME 100 Expo” organized in Kragujevac by CEVES and MIND Park, within the “Sustainable Development for All” Platform implemented by GIZ with the support of the governments of Switzerland and Germany. The conference was also supported by the Embassy of Slovenia in Belgrade.

“We are not here because these companies need help, they are already winners. We, Serbia, need these businessmen, because there are too many companies that could have been winners, and yet they are not. Some things have started to change, there are good initiatives that have influenced the administration, but we still have a problem with the economic environment, especially towards small and medium enterprises. The problem is not whether someone prefers big companies, but the problem is the weak capacity of the state whose task is to separate the wheat from the chaff“, said Kori Udovički, President of the Board and Chief Economist of CEVES during the introductory panel, emphasizing the importance of SMEs initiatives, who teach us how to create a better economic environment.

Conference participants discussed systemic problems, illogicalities and policies that harm SMEs, such as the fact that SMEs are not exempt from paying income tax on investments, while large companies are, as well as the lack of adequate institutional “support” in international financial transactions, which is uncommon in other countries in the region. Another important focus of the conversation was on specific and concrete actions that could be motivating and “lead the way” for wider changes or at least offer solutions until strategic policy changes take place.

One of the conclusions of the conference is that small and medium enterprises will seek solutions from the state, but also in mutual cooperation, for the problem of increasingly difficult to find a qualified workforce. “The problem of finding workers is one of the biggest problems everywhere, not only here, and we solve it through education and professional internship programs. The educational system is changing, we would like it to go faster, but in general it is going in the right direction, primarily through dual education”, said Darko Djorić, CEO of MIND Park.

“I am impressed by what I saw here and by such a large number of successful small and medium enterprises. They represent development potential because it is the private sector that contributes to achieving the goals. There are currently 400 German companies operating in Serbia, employing 75,000 people, and it is important that cooperation has been achieved with local small and medium enterprises, and this is a very significant step because only with cooperation with local communities can we contribute to Serbia’s development”, said Ambassador of Germany to Serbia H.E. Thomas Schieb.

The Ambassador of Switzerland, H.E. Urs Schmid, stated that his country is a long-term and dedicated partner of Serbia and provides support in encouraging sustainable development. “The private sector, especially small and medium enterprises, has a key role in the process of transformation towards a circular and inclusive economy in Serbia, and we believe that it will continue to develop”, said Ambassador Schmid.

The exhibition portion of the event was dedicated to presenting the leading Serbian SMEs, companies whose direct export of proprietary products and services has a value of more than EUR 1 million in the last few years. Among them is a great number of family companies, young entrepreneurial ventures, which have, although somewhat unseen, been making excellent results in the most demanding markets for years, thanks to the entrepreneurial, innovative spirit. 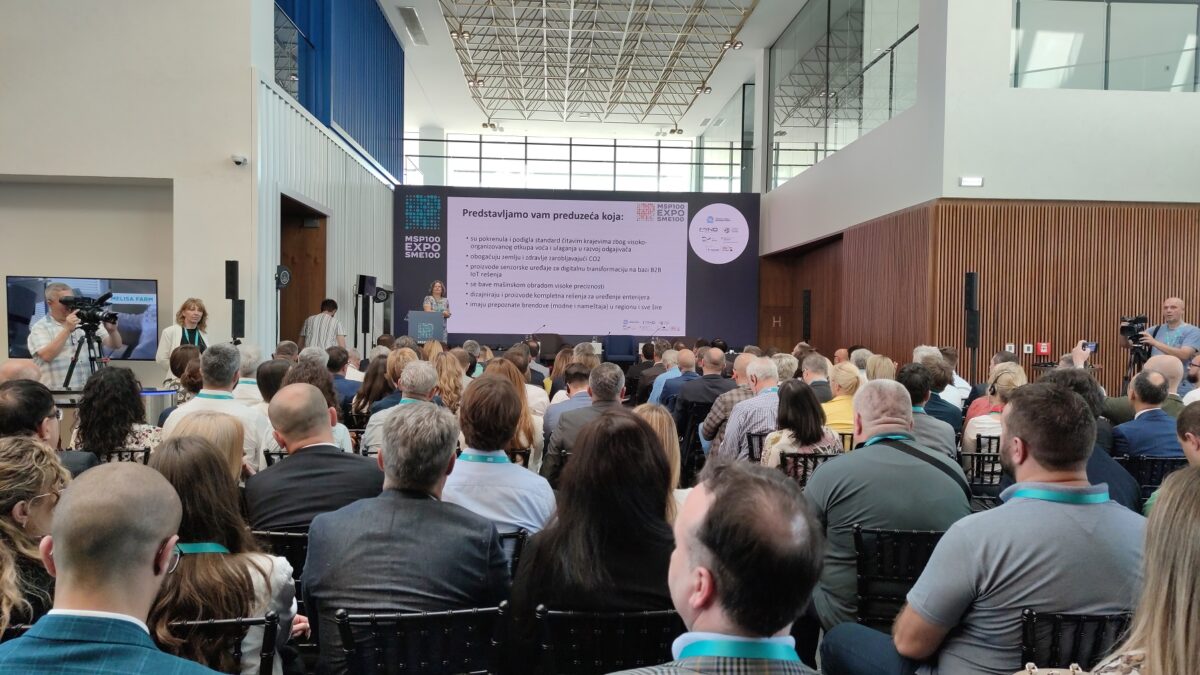